Fernando Alonso says he was happy to have shared so many years in Formula 1 with retiree Kimi Raikkonen, admitting to sharing with the Iceman some interesting views on the sport.

Alonso and Raikkonen both made their F1 debut in 2001 and their careers ran parallel until the Finn took a two-year break from F1 in 2010.

But in 2014, two years after returning to the grid, Raikkonen was paired with Alonso at Ferrari, the two drivers going their separate ways a year later and the Spaniard later taking his own break from F1 in 2019 and 2020.

"When you are in that moment and you make your debut, you don't have a clear idea what the future will bring to you," Alonso said on F1's Beyond the Grid podcast.

"Obviously, we both had a fantastic time in Formula 1, we both won a championship which maybe, in 2001, we were not sure of that success at that moment.

"But I'm happy to share so many years with Kimi; he is a very good character in Formula 1 and we will miss him a lot next year." 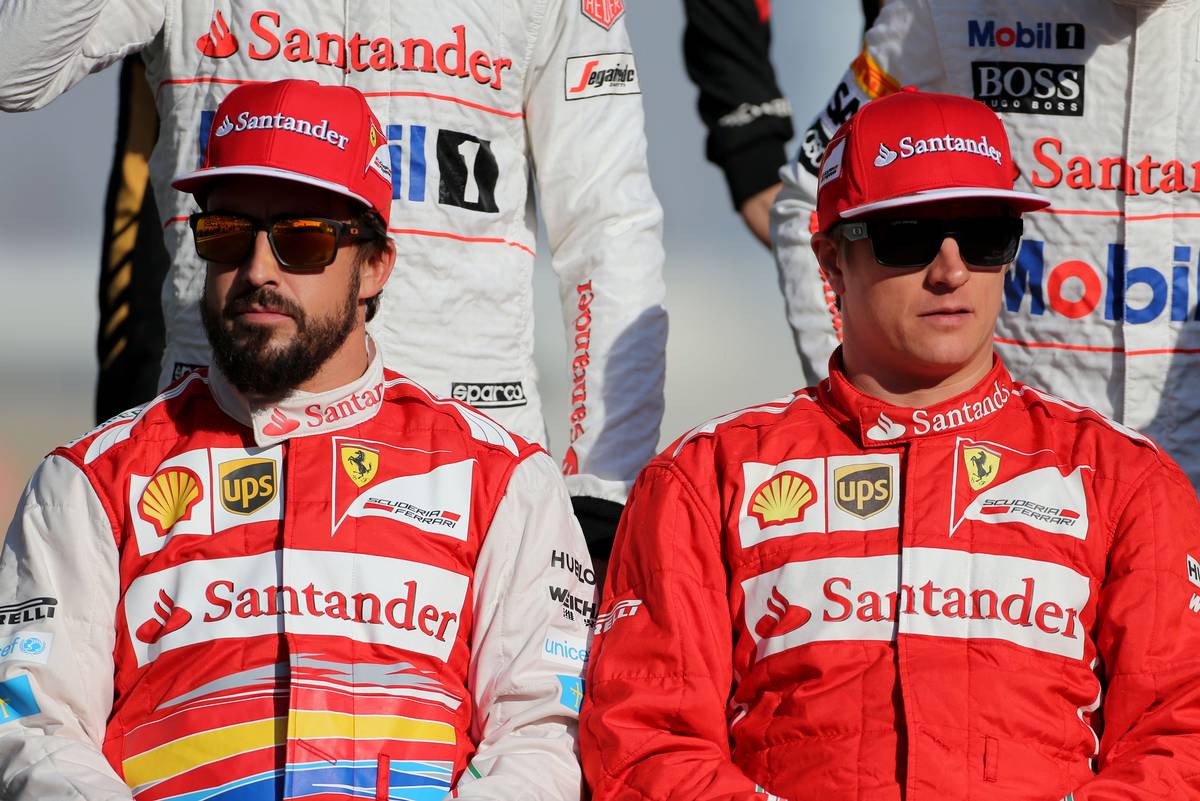 Over the course of their near two-decade tenure in the sport, Alonso and Raikkonen fought many battles on the track, and both men developed early on a strong mutual respect.

But away from the track, Alonso suggests that under his long-standing rival's icy traits lingers a warm personality.

"He's very honest, he's not playing any games, he is what you see," Alonso explained.

"Part of this mask that we see from him, being very cold and not talking too much and things like that, there is a different person inside.

"Not the Iceman,  I think he's quite warm inside. Maybe you need to see him outside of racing to see the real Kimi.

"We meet sometimes in the airports, outside the paddock, in restaurants... partying sometimes!"

Alonso says he's always been appreciative of Raikkonen's candor and connects with the Finn on many aspects of their mutual field of expertise, including regarding the often fake or depthless realm in which basks the world of F1.

"After the races, he's one of the guys that you can talk honestly with on different topics and he's straight to the point," said the Alpine driver.

"I share a lot of his ideas and his thoughts about Formula 1 and about this world. What we live here is a bubble and not real life.

"We have all these facilities here, we have this easy life, we travel in good planes, we are in five-star hotels, we have all the help from everyone.

"But on Sunday night, we are normal people and we tend to laugh about how fake this world becomes."

Vasseur: Zhou arrival in F1 a 'big bang to the system'