In Abu Dhabi earlier this month, Kimi Raikkonen, one of Grand Prix racing's most popular drivers, closed the curtain on his life and times in Formula 1.

The Iceman's career at the pinnacle of motorsport was a two-part affair, the first of which started with Sauber in 2001 when he was 22 and ended in 2009.

During that prosperous period, Raikkonen won 18 Grands Prix and the world title with Ferrari in 2007.

The Finn then stepped aside from F1 for two years as he indulged in his love for rallying before rejoining the grid with Lotus in 2012 and adding three more wins to his track record, two with the Enstone squad and one with Ferrari in 2018 in Austin.

Looking back on his distinguished career with F1's Tom Clarkson during a Beyond the Grid podcast, Raikkonen was asked to pick his most memorable win. But it was a difficult choice for the F1 veteran. 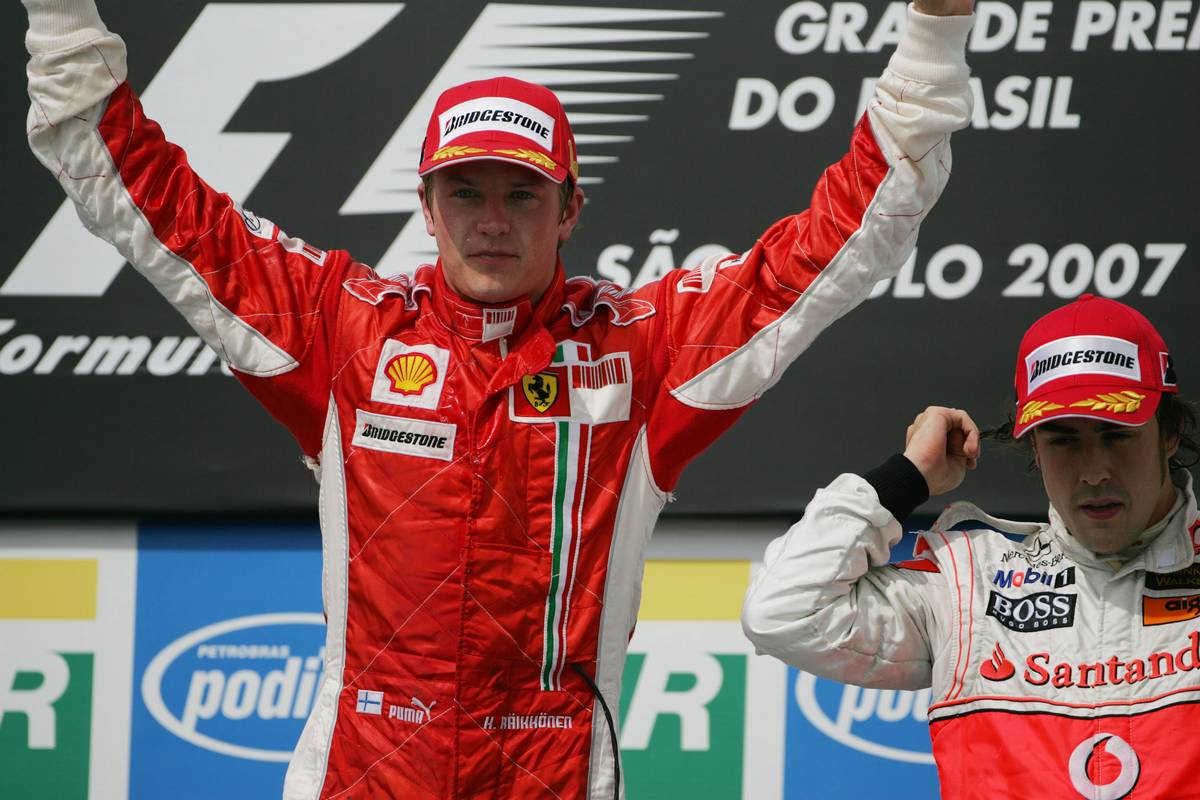 "I think the most important obviously was the wins that came with the championship [in 2007] because, as an end result, they were more important," he said.

"They're all different. Some came quite easily or some came much more difficult. The first one [Malaysia 2003] is nice because I'd never done it.

"The last win was very, very nice, because it took a while again."

Eventually, Raikkonen singled out his last lap win with McLaren in Suzuka as one of his most memorable achievements.

"I don't know. It's impossible to say what was nice," he said.

"I mean, 2005 in Suzuka was a hard-fought win and it came on the last lap. Does it make it better than others? I don't know."

But the Woking-based outfit get his vote when it comes to picking out one of his favourite cars.

"Probably that 2005 McLaren," he noted, having conquered seven wins that year onboard his team's MP4-20, but finishing runner-up in the world championship behind Fernando Alonso.

"They were good cars. It doesn't always mean that the end result needs to be the win or something," he added.

"They might be a great car but, for whatever reason, it's not still fast enough, or some more things happen over the year.

"But it's been a lot of good cars, a lot of average cars and some bad cars... some cars that never even made it to race [McLaren's MP4-18 which was shelved by the team ahead of the 2003 season due to problems in testing]."