Daniel Ricciardo has hinted that he could see out the remainder of his career in Formula 1 at his current team McLaren.

The Australian made his F1 debut with the now-defunct HRT team at the 2011 British Grand Prix, and moved to Toro Rosso the following season.

he was promoted to the senior Red Bull squad at the start of 2014 to replace his compatriot Mark Webber alongside Sebastian Vettel, and remained with the team until the end of 2018 picking up seven race wins including Monaco.

But he felt crowded out of Red Bull by rising star Max Verstappen and headed to Renault for a two year stint before joining McLaren at the start of 2021.

Despite a tough transition adjusting to the MCL35M, he still picked up victory in the Italian Grand Prix as part of a McLaren 1-2 ahead of current team mate Lando Norris.

Now 32 years old and a veteran of 210 race starts, Ricciardo is aware that the end of his career is closer than the start and that time is running out if he's to realise his life-long ambition of clinching a world championship.

Despite the struggles last season, it's thanks to that unexpected win in Monza that he doesn't feel the need to looking around for any better offers.

“The reason why I’m not remotely thinking about another team or beyond my future is that I actually won in maybe the hardest year of my career," he told German sports publication Auto Motor und Sport this month.

"My thought is, if I win in a year like that, what does that say about the journey ahead?" he continued. “I am definitely excited, and I want to be here - possibly until the end of my career. 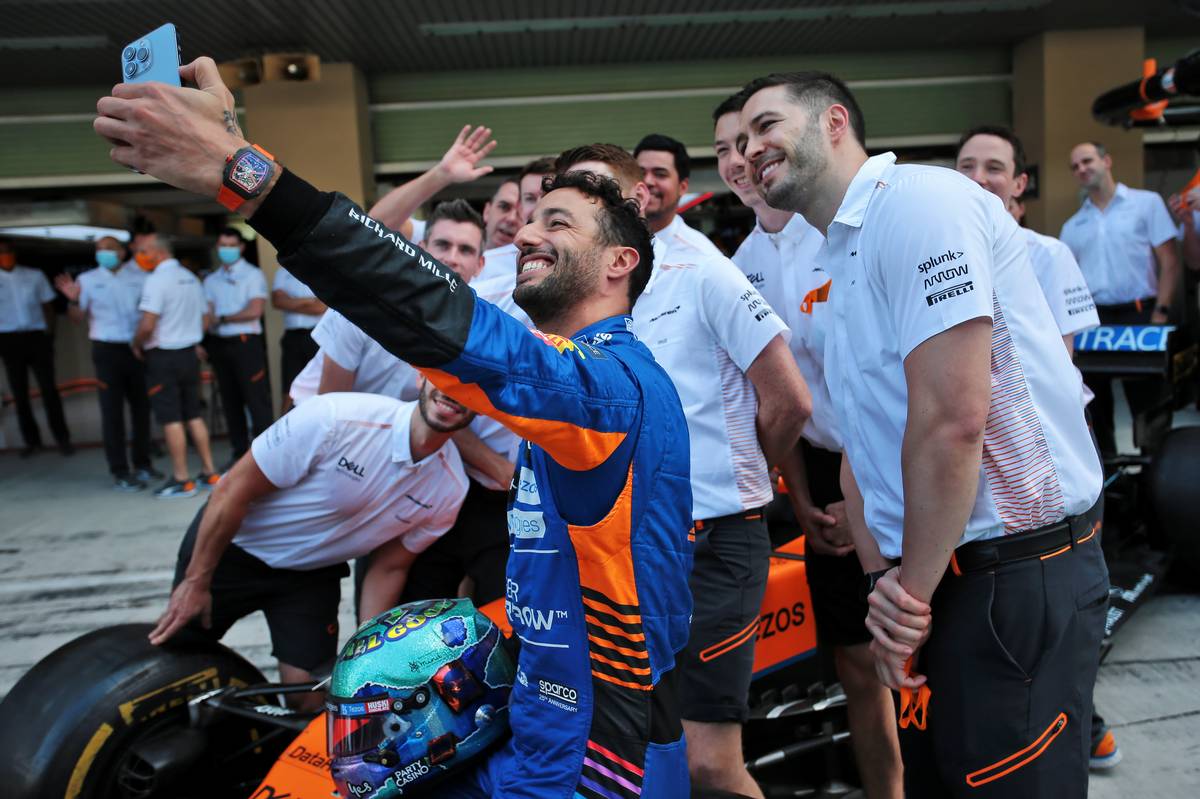 "I’ve been around a bit in the last three or four years," he acknowledged. "[But] because I like the environment at McLaren so much and I enjoy it so much, I really want to make this project work. I want to be here.

“The surroundings fit as well. I like the brand, I like the road cars. I can say that I really like being part of this company, part of the McLaren family."

However, to be in with a realistic shot of winning the title he also needs to be in the best car.

Last year McLaren lost out to Ferrari for third place in the constructors championship, with both teams a long way behind Mercedes and Red Bull vying for the driver and team titles.

"I think that’s part of the challenge in F1 and as a driver: you don’t just strive to be fast, you strive to be in the best car," he agreed. “It’s always like that ... But I am not in the hunt here."

As for what he might do once he leaves F1, Ricciardo insists that he hasn't even thought about that. But if he does stick with McLaren, the team is currently scaling up its operations in IndyCar and Extreme E which might provide opportunities.

"You’re right," he replied when asked about this possibility. “It could actually open a few doors for me after F1, and be another advantage. Even as an ambassador for the brand or as a test driver for road cars.

"But at the moment I have my hands full with Formula 1," he insisted, ahead of the team's official 2022 car launch at the McLaren Technology Centre on February 11, and the first pre-season test in Barcelona a little under two weeks later.

Horner calls for end to uncertainty on sprint races