Valtteri Bottas is setting himself some ambitious targets for 2022, while remaining realistic about what he will be able to achieve after his off-season transfer from Mercedes to Alfa Romeo.

However, Mercedes opted to promote George Russell to the driver line-up in 2022 leaving Bottas looking for a new place on the grid, which he quickly found with the Italian team.

Speaking to the media at the launch of the C42 on Sunday, Bottas insisted that he saw this as the start of a new chapter and a time of fresh opportunities.

“I absolutely feel that I have still so much to do to get better, and so much more to give to the sport,” he said. “As a driver I think you never, never stop learning as long as you want to.

"It truly feels like now I can just be the best version of myself instead of trying to be something else and trying too hard," he continued. "I’m always looking at areas that I can be better."

But Bottas accepted that he's no longer in a top team that will automatically be in the running for a podium every week.

"For sure I need a bit of a reset on all my targets," he admitted. "Most likely I’m not going to be fighting for the race wins immediately, that’s pretty realistic to say. But eventually it will be.

“As a driver, of course I drive to win races," he added. "But we also need to be realistic about where we come from as a team.

"It’s been a challenging last couple of years for Alfa Romeo, but I’m here to help and I’m here to work hard to do my part that we’re going to make progress. 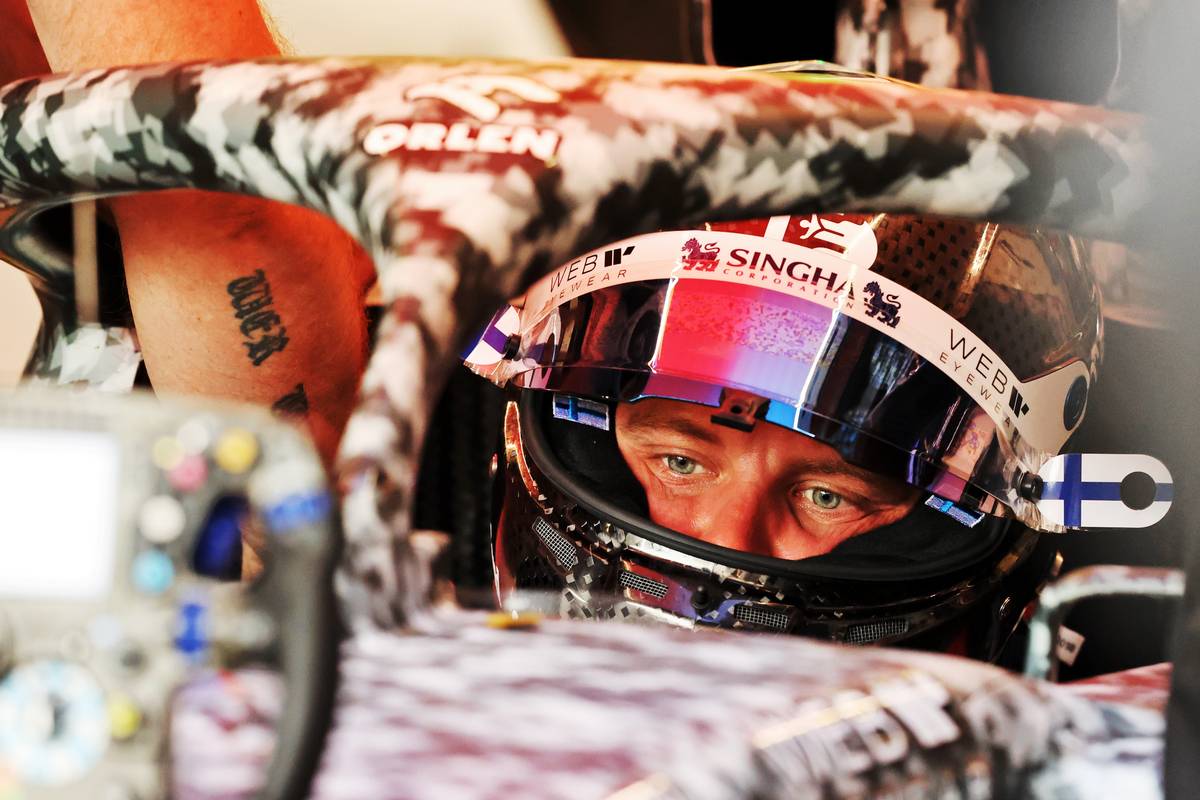 “But in the end it’s going to be a team effort," he acknowledged. "I don’t see me as the only leader of the team: we’re in this together, that's the feeling.”

“I think in the first year with the team, if we can get more consistently in the points than previous years that would already be an achievement.

“But of course, secretly I’m also aiming very high," he admitted. "I want to be up there, so I’ll keep pushing and also try and keep guiding the team and really push forward together united.

The new season could have already started better, with a string of issues in this week's pre-season shakedown test at Barcelona resulting in Bottas completing only 54 laps of the Circuit de Catalunya compared to 209 for his successer at Mercedes.

“For me it was quite limited running that we had," Bottas said. "It feels like we are still in very early stages of actually discovering the car.

"There’s still so much more to discover," he continued. “That’s why we are really aiming to work hard between the test and hopefully get a better understanding in Bahrain.

“There’s work to do. I’m not saying anything against that, but I also feel there is potential in this package. I’m looking forward to discovering more about it with the team.”

By the numbers: How the teams fared in Barcelona testing