One of the big discussion points of the first pre-season shakedown test in Barcelona this week was the phenomenon of 'porpoising' which afflicted most of the teams taking part.

An unexpected side effect of the return of 'ground effect' downforce, it resulted in cars bouncing down straights, seriously affecting handling and speed, with teams forced to make on-the-spot adjustments over the three days.

The engineers at McLaren were also scratching their heads - but in their case it was because they were barely being troubled by 'porpoising' at all, and had been left to wonder why that was the case

"Where we are, it hasn't really been a topic for us so far," stated McLaren technical director James Key. "We suffer from it a bit, but it's not a major concern or a major distraction for the drivers.

“We had a couple of test items which appeared to promote it a bit more,” he added. “But then removing them reduced it so you can fix it aerodynamically as well. 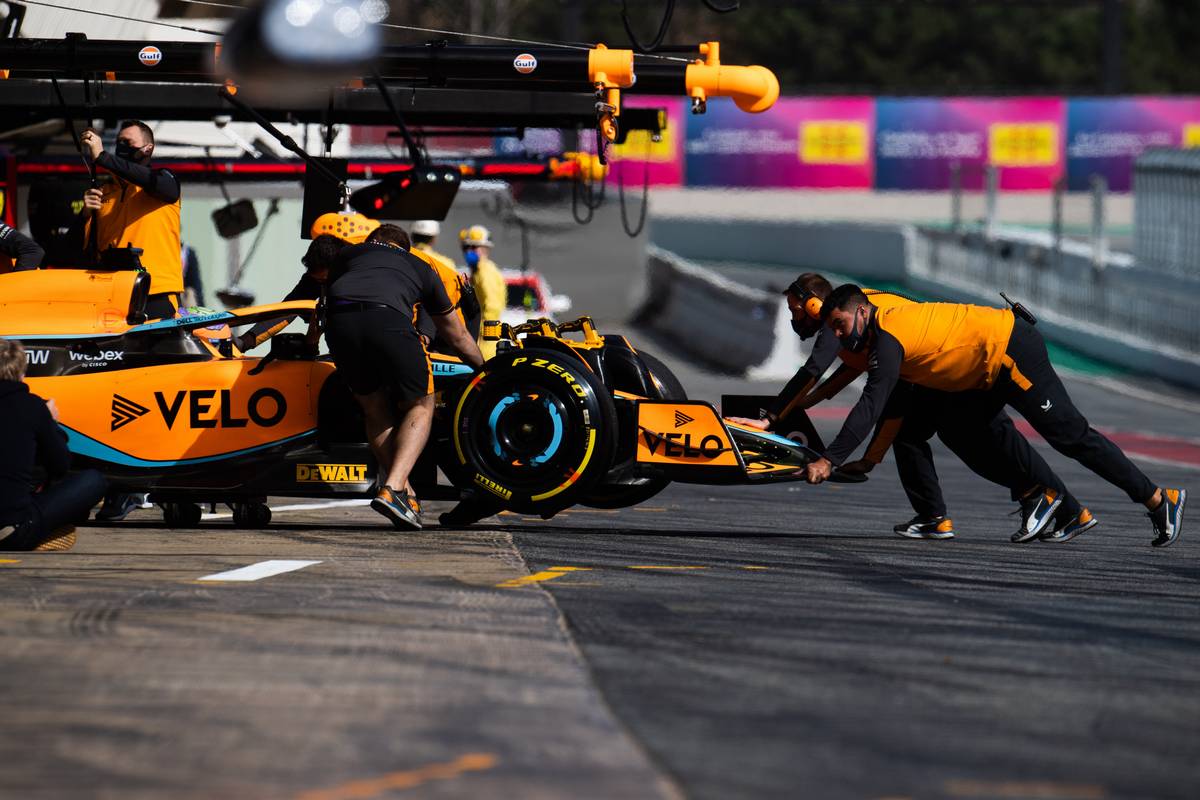 “I’d love to make out that we've been super clever but the reality is this is very difficult to simulate," Key admitted. "It's not to say it couldn't come back with further development of course.

“It involves tyre stiffnesses and the heave modes of your car," he explained. "Clearly if it's in tune with the chassis that's when you really see it go off when you get a natural [resonance] frequency. There is front mass as well.

“So I don't think it's entirely luck. I think the stability of the car does play its role a little bit in this, and how well the car hangs on to load in various sorts of ride height conditions, and so on.

“But I'd be lying if I said it was by design. I think it's a phenomenon we're all going to [have to] get used to from track running," he added. "Hopefully we can iron it out as time goes on, and learn how to remove it as an issue.

"There's probably always going to be a bit of inherent ground proximity reaction like that because they are ground effect cars," he admitted. "But I think we'll learn to manage it.

"I don't think the phenomenon can be eradicated, because it's a physical thing," he mused. “I think its inherent, and that's why we're seeing it now.

"But in terms of managing it, I think it can be significantly less of an issue and a talking point after a little bit of development work.

“There's still an awful lot to find in these cars and a huge amount to learn."

Sainz: 'No clue at all' where Ferrari stands in pecking order