Lando Norris says McLaren will hean into next week's opening race of 2022 behind where it needs to be after enduring a "less than ideal" three days in Bahrain.

McLaren headed to Sakhir on the back of a strong first test in Barcelona, but a brake colling issue undermined the team's mileage at the outset in Bahrain.

That didn't stop Norris from undertaking short runs while the team attempted to remedy the issue, but it did preclude McLaren from evaluating its race pace and its tyre wear.

"Less than ideal, it’s not been the smoothest of tests for us," said Norris who was credited with his team's 200 laps over the course of the three days as team mate Daniel Ricciardo was unable to driver following a bout of illness and a positive Covid test.

"It’s been quite limited in Bahrain. I think Barcelona was a good one but here we’ve encountered quite a few more problems, which have limited the amount of laps we’ve done by quite a huge amount. 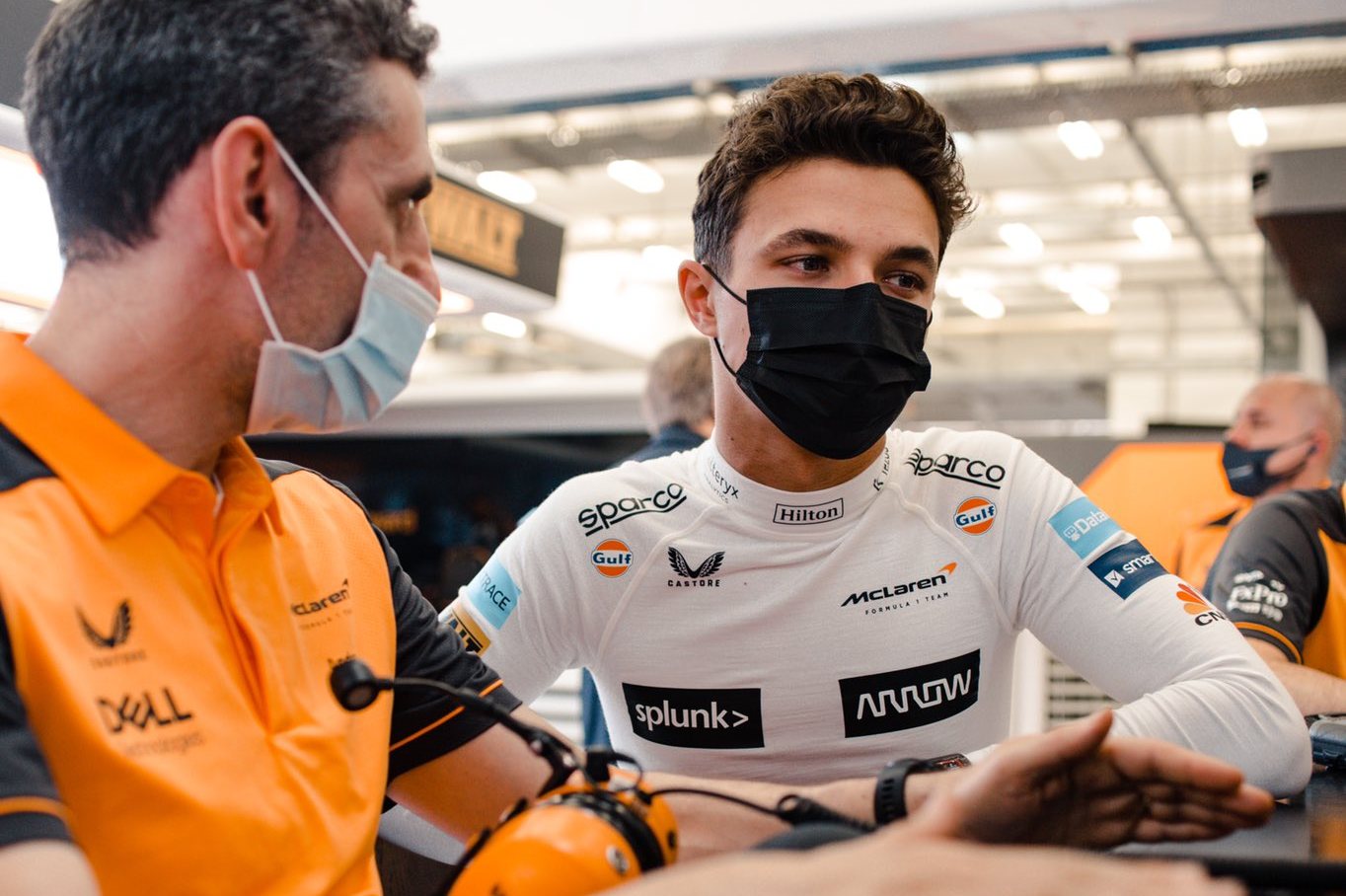 "[We've had problems] especially on the long runs – the lower-fuel and shorter runs we’ve been able to do – but not the high-fuel runs.

"We’re behind where we want to be, where we need to be, and where we can say we’re confident in any way going into the first race.

"It's not great but we’re getting through as much as we can. We’re definitely making progress, but definitely not in the position we want to be in.

McLaren was unable to apply a fix to its brake issues by Saturday, but Norris is optimistic the problem will be solved by next weekend's race although he admitted that it isn't a straightforward procedure.

"I think we are on top of it," he said. "We know what the problems are, we know what we are suffering with, and so on.

"Coming up with the perfect fix is always the question of: ‘do we have that or not?’ That’s what we’re unsure about until we get to next week and we put it all together.

"The team is working hard to understand the problems, obviously why they happened in the first place and why we encounter them, and then work on the fix for next week.

"But it’s not a simple fix; it’s quite a complicated area, it takes a lot of work, a lot of time to come up with these parts and so on and that’s why it’s the challenge to get it all here and in a good condition for next week."

Bottas happy with Alfa performance but worried about reliability