They are no longer teammates, but Valtteri Bottas and Lewis Hamilton's solid friendship built over many years remains intact according to the Alfa Romeo driver.

Hamilton and Bottas raced alongside each other for five seasons at Mercedes, and while the Finn never won the world championship with the Brackley squad, he significantly contributed to Hamilton's remarkable track record of 49 wins and four world titles between 2017 and 2021.

The harmonious relationship between the two drivers never suffered a set-back, on or off the track, and led Hamilton to label Bottas "the best teammate there has ever been in this sport".

While the pair no longer share time together or debriefs on race weekends, they still remain friends and even travel together to and from venues. 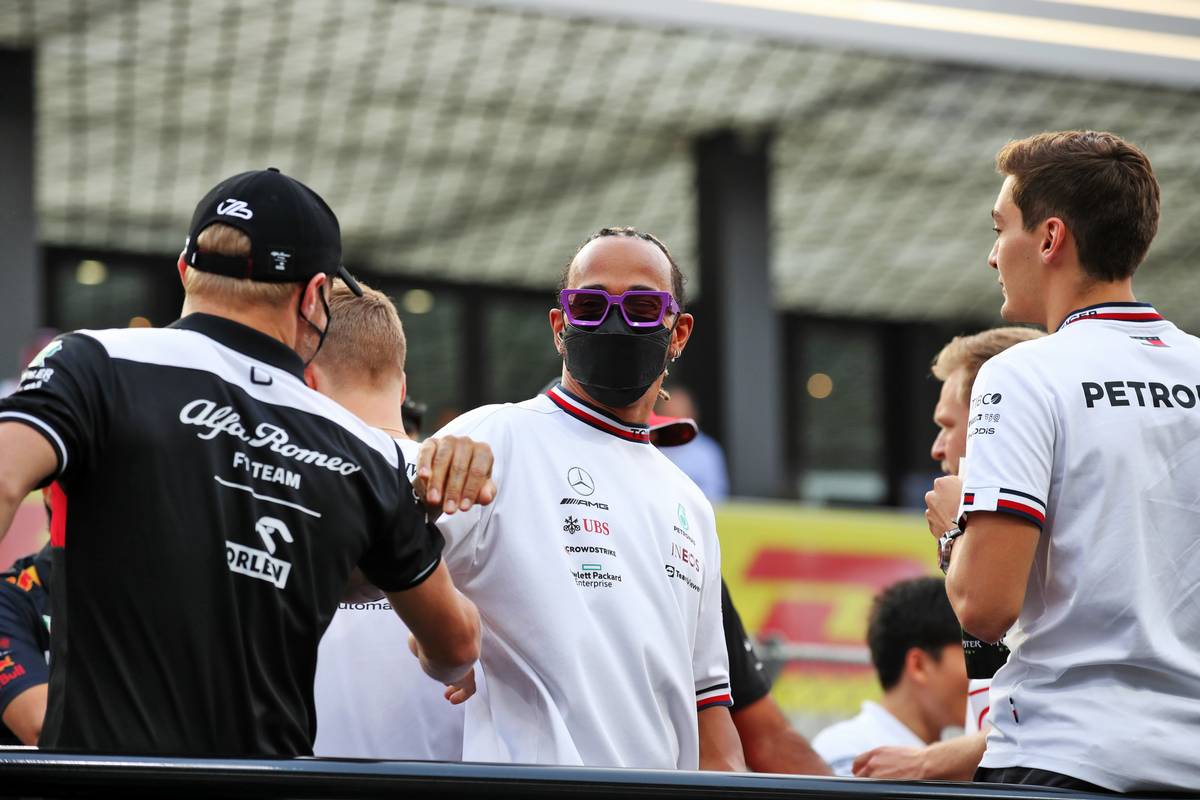 "It’s been nice, it was pretty natural," said Bottas when asked by People.com what his relationship with F1's seven-time world champion was like now.

"After the race in Bahrain, I drove past him on the in-lap and I heard he was on the podium, so I gave him a thumbs-up and he did the same.

"We actually flew together after the race to Dubai, and we flew from Dubai to Saudi Arabia. So we are still sharing flights. In a way, nothing has changed.

"We are not team-mates but still mates. It’s nice. We have a good relationship in a way.

"We did achieve quite a bit of things together as team-mates. I think that kind of friendship will for sure last too."

Bottas admitted that while drivers can be friendly with each other, it's hard to be friends. But Hamilton and himself learned that a rivalry on the track doesn't necessarily imply a cold relationship off it.

"I think it’s quite hard to, yes," he said. "It’s actually quite hard to properly develop a good friendship when you are racing against each other.

"I think we [Hamilton and himself] just learned that racing is racing and outside of the track it doesn’t matter.

"I think we both kind of got that – we are racing against each other, but then we can still share flights or do whatever."

Ricciardo 'a big bundle of excitement' ahead of home race