Charles Leclerc ensured that Ferrari continued their reign at the top of the timesheets at the end of second practice for the Australian Grand Prix in Melbourne.

While several drivers had off-roading moments during the session and traffic continued to be an issue, there were no major incidents and the only red flag of the hour was for debris from Lance Stroll's Aston Martin.

Just two hours after Carlos Sainz and Charles Leclerc had successfully set the fastest times for Ferrari in the first free practice at Albert Park, it was time to get underway for the second hour-long session of the day. The two Alfa Romeos of Valtteri Bottas and Guanyu Zhou were first out, with McLaren's Lando Norris hot on their heels as the action resumed. 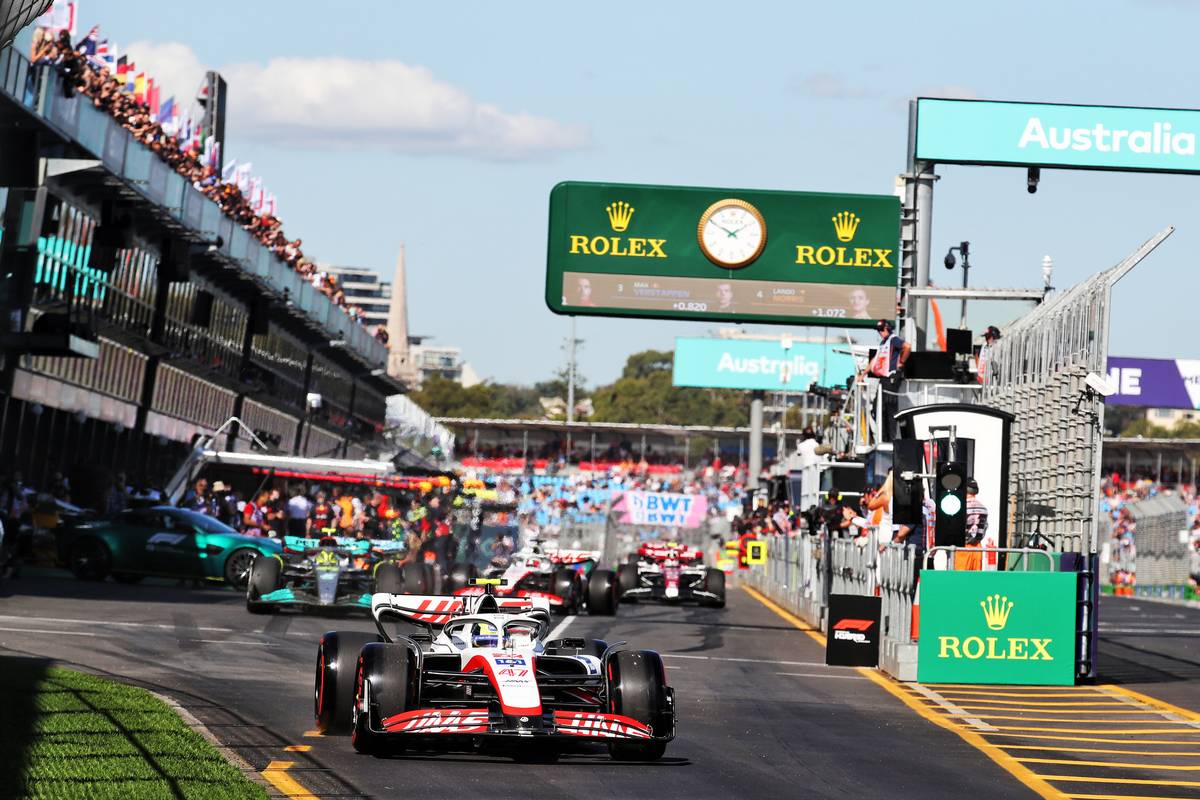 As soon as Ferrari headed out, Leclerc took no time at all to set an early benchmark of 1:20.898s to put him a quarter of a second ahead of Sainz with Bottas into third ahead of the McLarens of Norris and team mate Daniel Ricciardo who were already looking a lot perkier this week than they had in Bahrain and Jeddah. Ricciardo's subsequent lap was swift enough to split the Ferraris in seconds, while there were strong top ten offerings from the likes of Alpin'e Fernando Alonso and the AlphaTauris of Yuki Tsunoda and Piere Gasly, As for Mercedes, Lewis Hamilton was soon up to fifth while George Russell opened his account in 11th.

Bottas broke the Ferrari grip on the top spot with an impressive 1:20.432s with Alonso just behind in second as times improved across the board, thanks to the 'green' temporary street circuit receiving a welcome treatment of Formula 1 rubber applied to the recently relaid tarmac. Naturally it wasn't long before Ferrari was back in command with Leclerc posting a new time of 1:20.175s, and then Sainz went 0.190s even better than that with his own latest push lap on the medium compound tyres.

Traffic continued to be a problem on the crowded circuit, and ten minutes into the session there was a blocking incident between Sainz (who had already been reprimanded for impeding Zhou in FP1) and Aston Martin's Lance Stroll, which the stewards will dig into after the end of today's running. Sainz himself was soon on the receiving end when he commenced his soft tyre stint only to find himself stuck behind Tsunoda at turn 2, forcing him to abort the lap.

Even without traffic, the newly modified circuit was proving tough for drivers to get a grip on. Hamilton was seen skating wide at turn 12 and Haas' Mick Schumacher locked a wheel at turn 11 requiring a handbrake turn to get the VF-22 pointing in the right direction to allow him to proceed. Bottas also ran wide and cut the grass after coming in too hot into turn 1 and finding it impossible to brake in time to make the corner. 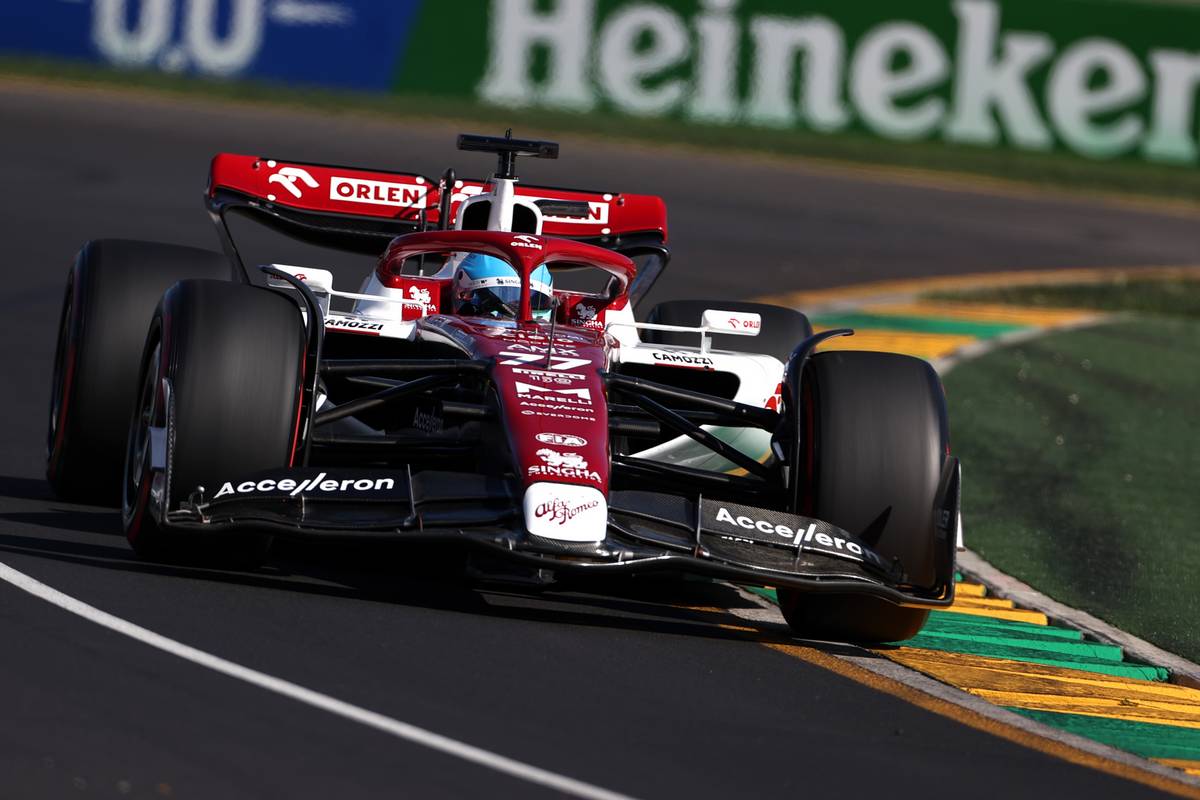 There were no such issues for the Ferraris, with Leclerc going top again having switched to the red-walled tyres, only to be immediately pushed aside by Sainz who had gone on to put in a time of 1:19.568s on his second flying lap attempt, two tenths quicker than the Monegasque. Alonso was also flying and punched in a time of 1:19.537s to temporarily take charge, but a swift Ferrari 1-2 response restored Sainz to the top on 1:19.376s with a tenth in hand over Leclerc.

Having complained that his Red Bull still had the same issues as FP1 leaving the RB18 "incredibly neutral at high speed", a quick tweak to the rear suspension meant Max Verstappen emerged from relative anonymity to spring up to third place, but even that was still four tenths off Leclerc's latest run of 1:18.978s. There had been some traffic on the way suggesting there was more pace to come, but his next effort also hit congestion and he had to abort it after a purple first sector; but one final run did see him do enough to insert himself into second between Leclerc and Sainz.

Alonso has been pushed back down to fourth ahead of his team mate Esteban Ocon, but the Alpines were soon cleaved apart by Sergio Perez' latest flier. That left Bottas down in seventh followed by Norris, Gasly and Ricciardo as the qualifying lap simulation stage of the session came to a close and attention shifted to long distance runs, which soon had drivers complaining about graining on the medium tyres. The timesheets remained largely unchanged in the remaining 15 minutes before the chequered flag, during which time there was a brief red flag stoppage to allow a marshal to retrieve debris at the exit of turn 12 left by Stroll's AMR22, receiving an ironic cheer from the crowd when he tripped up along the way.

Stroll's team mate Sebastian Vettel did not take part in the session after the premature demise of his engine during FP1, with the squad unable to make the necessary repairs in time to get him out in second practice. The German will still have to head to the stewards office to discuss his unorthodox return to pit lane on a scooter following that incident, to which the officials had taken a very dim view.