With under three weeks to go until Miami celebrates its maiden Grand Prix, its F1 venue is now "95 per cent complete" according to the event's boss Richard Cregan.

On May 8, the Miami International Autodrome will host the fifth round of the 2022 F1 World Championship, a race that has been several years in the making for F1 and its partner in Florida's Magic City.

After early plans to race along Biscayne Boulevard were scrapped, a project emerged to move the venue to the Hard Rock Stadium in Miami Gardens and to a 3.36-mile street course laid out around the home of the NFL's Miami Dolphins. 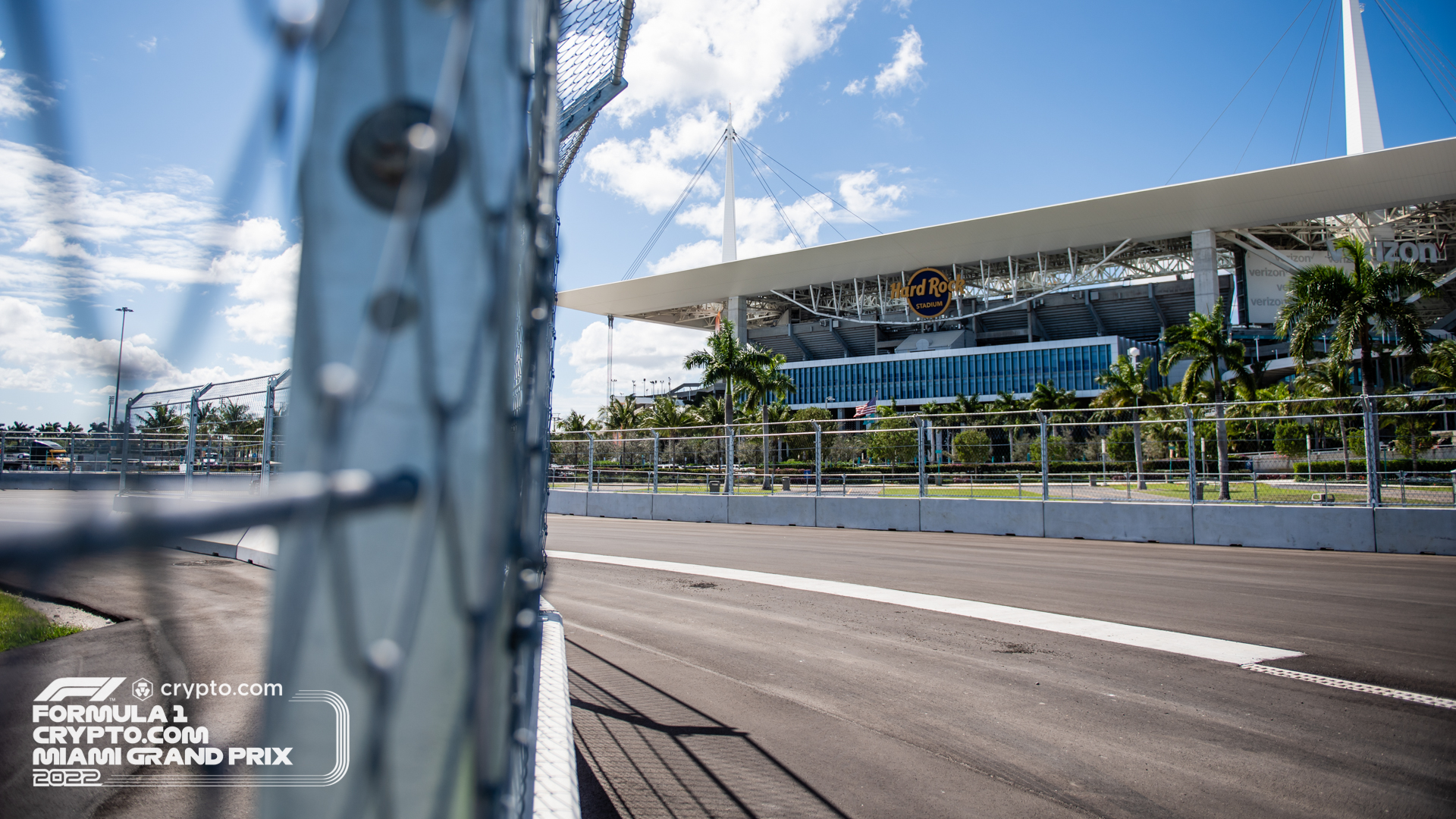 "We’re in the final stages of this incredible circuit that will host the first-ever Formula 1 race in Miami," said Cregan, the Miami GP’s CEO.

"We are delighted with the progress we have made and it’s a huge credit to the hard work of the team here in Miami, in consultation with both Formula 1 and the FIA to get this circuit finished in a tight timeline.

"We have tried to create a track that drivers love to race on and a campus that offers unique, best-in-class fan experiences; and we can’t wait for the first weekend in May to be here."

Work on Miami's International Autodrome kicked off last year on April 21, and twelve month later, crews are bringing their finishing touches to the venues permanent structures, while the final asphalt was laid in March.

"There has been no compromise on any aspect of the circuit design or quality of construction," added Cregan.

"In my experience of working with new venues over the years, I’ve never seen as much effort on perfecting the surface of the track as we have done in Miami.

"Everything was exactly per the design, and everyone involved in construction has done an incredible job."

Keep up to date

Ferrari and Sainz reportedly at odds over contract duration