Graham Rahal took aim at Romain Grosjean after Sunday's IndyCar round in Alabama, calling the Andretti Autosport driver a "punk" who is living up to his F1 "reputation".

The pair came to blows in the closing stages of the race at Barber Motorsports Park after their team's respective strategies brought them together.

As they battled for seventh, Grosjean's lunge down the inside of Rahal at Barber's Turn 5 left-hand hairpin resulted in an initial contact, but as the two drivers exited the corner, Grosjean hit Rahal again.

Both drivers radioed in to reject responsibility for the run-in, with Rahal calling Grosjean a "punk" while the Frenchman wrongfully claimed that it was his rival that had hit on the exit of the corner.

A visibly irritated Rahal lashed out at Grosjean after the race.

"Well I think it’s clear from the in-car camera, look at the angle of his head," Rahal said.

"To me, when I can see in the mirrors that his head is directly this way when the track is going this [a different] way, it’s pretty self-explanatory.

"I was trying this outside move on Scotty [McLaughlin] the whole time, so I knew Romain was going to divebomb me because I’d already been warned that’s what he was doing."

A live replay of the incident only confirmed the American driver's first account of the clash.

"We’re already straight there, why are you turning into me? Your right front is at my left rear, there’s no excuse for that," he commented.

"Here, look at him! Releases the car to hit me, then, here again, boom we’re straight.

"I’m just frustrated because this isn’t the first time. In St Pete, he hit everybody he could hit. We come here, he hit Rossi, he hit Herta, he hit me. At some point, we’ve got to clean up our act."

Adding insults to injury, Rahal said that Grosjean was living up to the poor reputation built in Formula 1.

"I won’t name them but as another driver in the series told me ‘you can’t teach an old dog new tricks’ and has kind of been his reputation his whole career in Europe," he added.

"We’re learning his reputation quickly here. To me, if race control doesn’t want to do anything then they’re not going to do anything, but when we go and punt him, they better not do anything to me, when in the past, I’ve been penalised for a lot less than that." 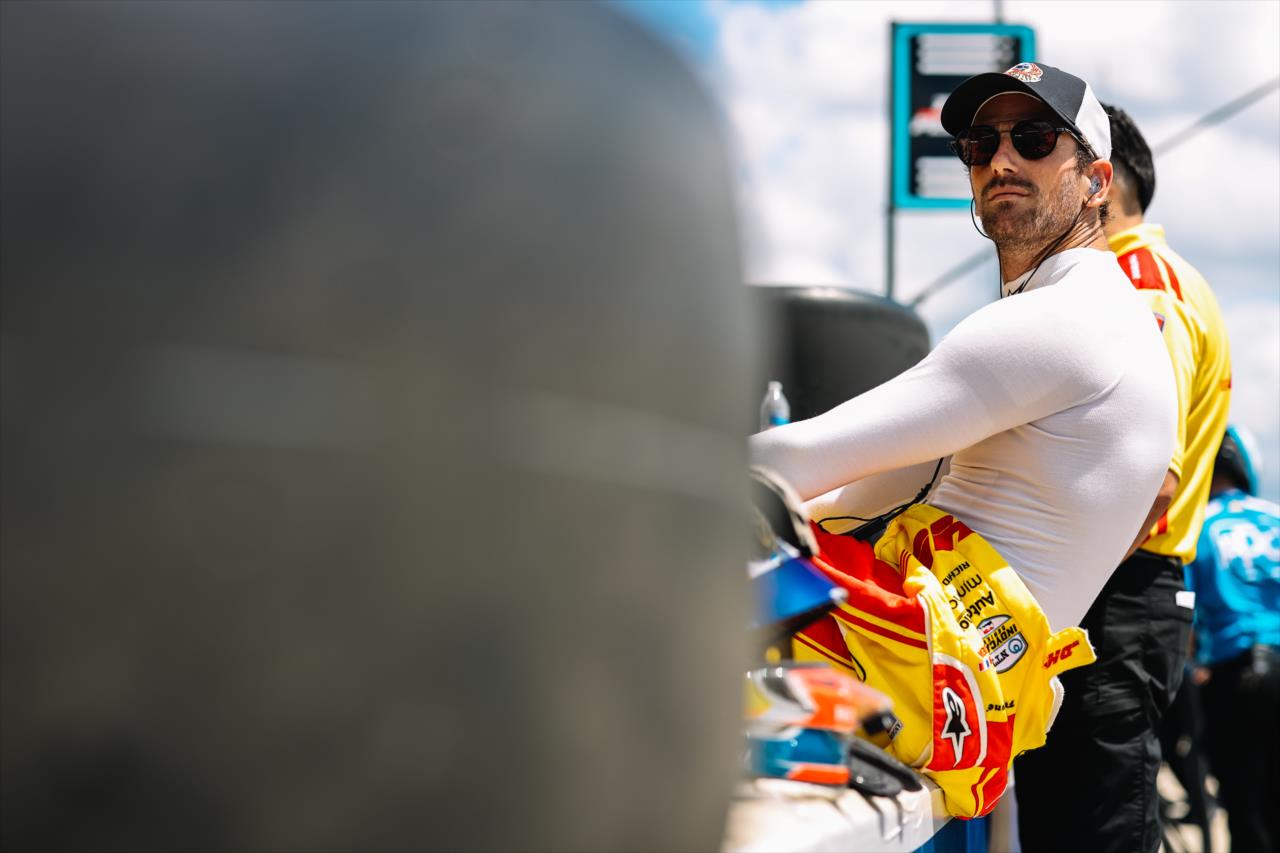 In the other camp, Grosjean oddly didn't repeat his earlier allegation that Rahal had hit him, instead calling the tussle "good racing".

"We touched a couple of times but it was good racing," Grosjean said.

"It was tough out there. Barber is a very good track but it’s very hard to pass, especially when you’re in a train [of cars].

"If the car in front of you doesn’t have anybody else in front, you can try a different line but there we were all in a line.

VW CEO: Board has voted in favor of Audi/Porsche F1 entries!