F1 drivers offered a negative assessment of track conditions after the opening day of running at Miami's International Autodrome, expressing fears that "racing will be bad" come Sunday's event.

Friday's on-track action was a frantic affair marked by spins and crashes, with drivers struggling to get to grips with Miami's challenges and pitfalls, including the circuit's massive lack of grip outside of the racing line.

The tricky conditions brutally caught out Alfa's Valtteri Bottas in the morning and Ferrari's Carlos Sainz in the afternoon, but spins or half-spins were the norm for many drivers across both of the day's sessions.

"It’s really disappointing that there’s no grip off-line, racing will be bad because of that," commented Red Bull's Sergio Perez who spun twice in FP2.

"As soon as you go off-line, there is no grip, it’s done. It’s sometimes wet on that side and sometimes off-line, it feels very gravelly so racing will be hard."

It's a big spin for Checo who is luckily able to continue on! 🔄

Team mate Max Verstappen is yet to leave the garage 👀#MiamiGP #F1 pic.twitter.com/tzi7rvdTCG

McLaren's Lando Norris agreed that racing is likely to be restricted on Sunday, the Briton also noting the "very tricky" track's bumpy surface, a feature that wasn't expected.

"It’s very bumpy in some places, which we were not expecting," said the Briton. "I think everyone was expecting it to be very smooth and beautiful. But it’s not.

"The surface is very tricky, you go off-line anywhere and it’s pretty much game over, you spin, you end up in the wall. It’s punishing. That’s why you’ve seen a lot of people ending up in the barriers.

"If you go off-line, it’s just terrible. I’m hoping they can do something a little bit better. I don’t know what.

"When they clean the track, it helps, like this morning there was a lot of marbles and stuff and as soon as you went off-line it was game over.

"In FP2 it started better but then as soon as there was a little bit of marbles, it was terrible. It’s not going to be great for racing.

"It’s like one line you’ve got to stick to and that’s it. It’s restricting, you can’t do many differences compared to other people, so it limits you a little bit." 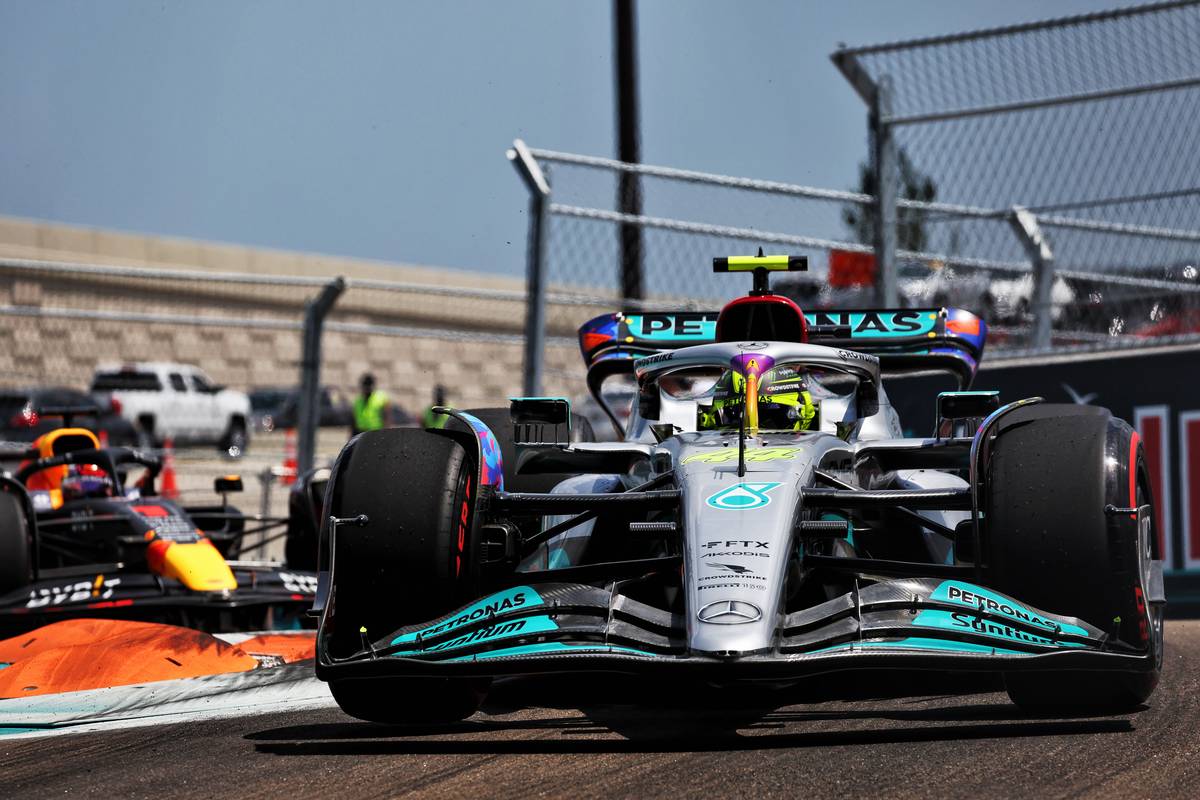 "You think that people in this day and age should be able to make a flat road relatively easy," said the Mercedes driver.

"I don’t know if they will be able to grind that at night and improve it,

"Otherwise the track’s quite nice to drive – except for the chicane. That might be the…I don’t want to put that quote out there actually so I’ll hold onto that…but it’s so tight.

"It reminds me of being in a B&Q car park when I was six-years-old in the go-kart going between cars.

"It’s a corner that maybe in the future they can remove that one and it will improve the track."

Ferrari's Charles Leclerc reckoned that Miami's track surface will "spice things up", including in the tyre management department.

"There is very high grip on the racing line and very low grip off it, which will make it difficult to overtake," said the championship leader.

"It is also rather aggressive on tyres, so it will be important to manage them well throughout the race." 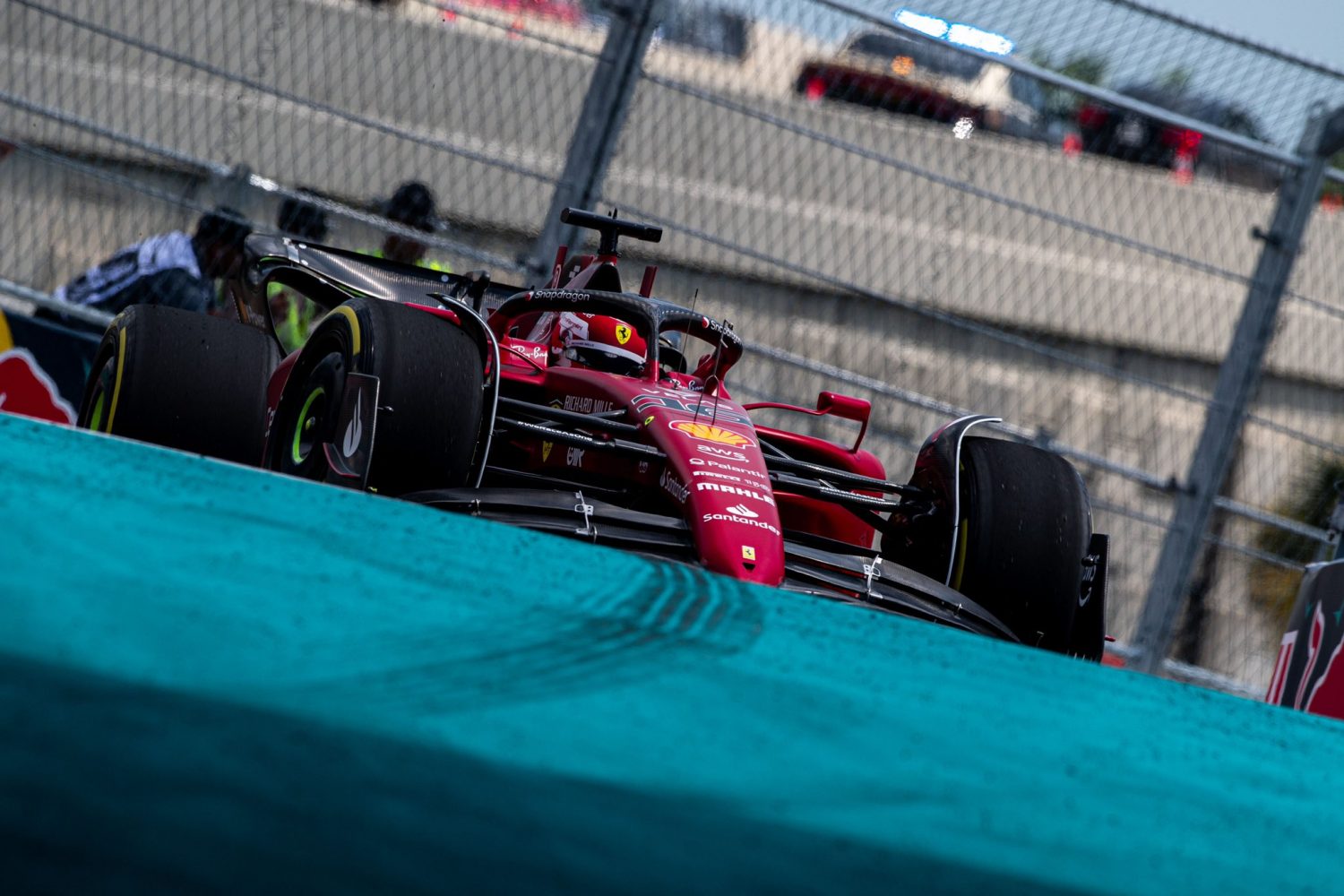 Despite his mishap and off-track excursion in FP1, Bottas appreciated Miami's challenges and the Finn is more optimistic than his colleagues when it comes to overtaking on race day.

"The track is good, it’s challenging, the twisty bit around the back is probably the most difficult part to get right," said the Alfa charger.

"The track evolution was huge today, so I think I have quite a bit of catching up to do tomorrow to see how much more grip it has now.

"It’s not an easy track, for sure, and, for me, definitively when the track is green it can happen more easily, as once you go slightly off-line you lose the rear end and you cannot catch it anymore.

"And that technical section from Turn 12 to Turn 15, it’s not easy to get it right.

"I think they’ve done a good job in terms of chances of overtaking, we’re going to see good racing here with the long straights, as they start with a slow speed corner, which means you can follow close, so that’s good."

'Not the best way to start the weekend', laments Sainz