Verstappen was running two seconds behind race leader Charles Leclerc when he suddenly lost control at the entry of the corner and slid into the gravel trap.

Two laps earlier, Ferrari's Carlos Sainz had gone off at the same corner in similar circumstances, leading to speculation that a track condition was responsible for the offs.

But Verstappen suspected that a sudden gust of wind had disrupted his car's behaviour at Turn 4. 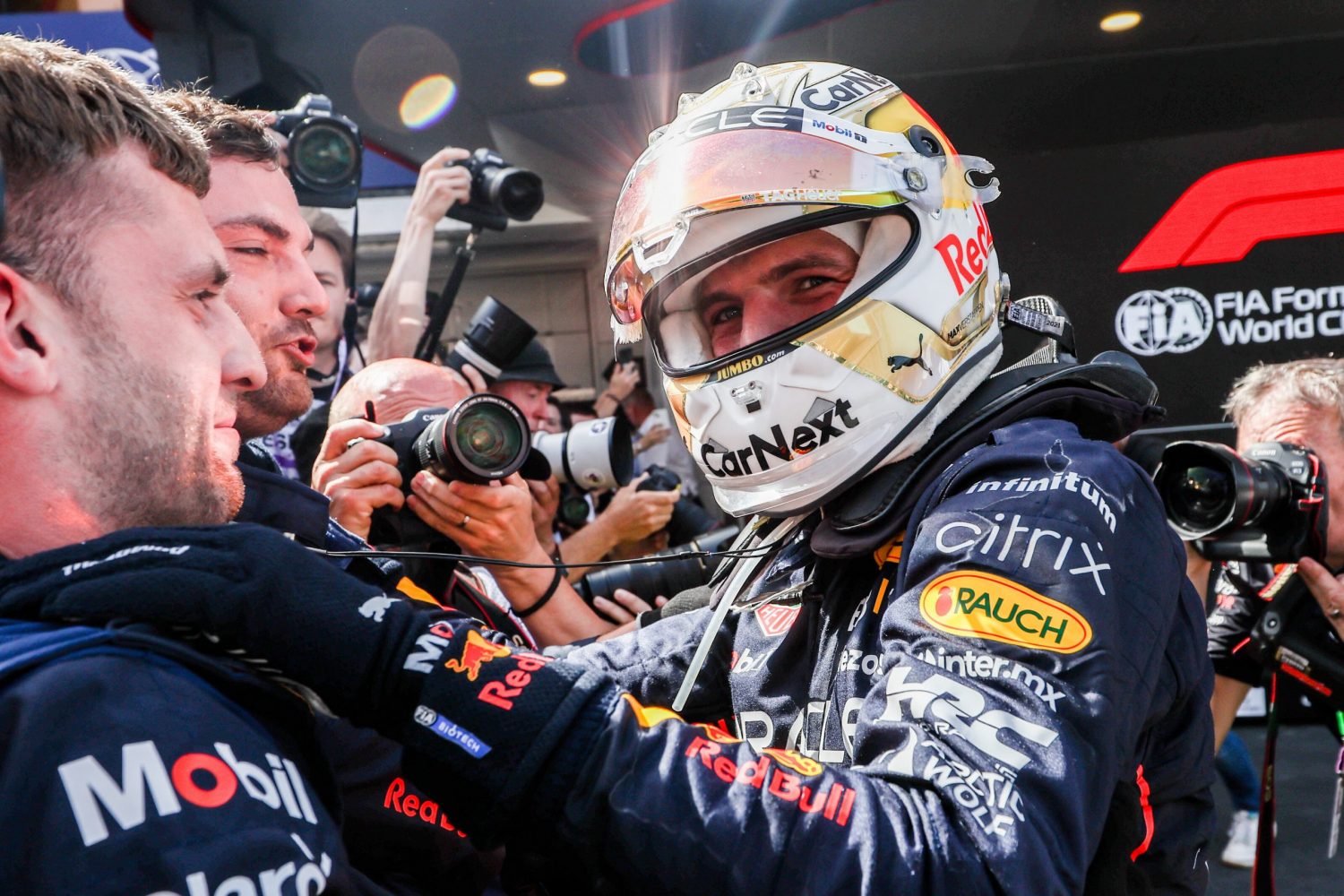 "The first 30 laps were very frustrating for me after I went off at Turn 4, which really caught me by surprise because I didn't feel like I was actually braking later or throwing more speed into the corner," explained the Red Bull driver.

"But it was very gusty out there today, one lap it felt all stable and the next lap suddenly you could have more oversteer in places so that probably caught me out by surprise and that wasn't ideal."

Verstappen was fortunately able to exit the gravel trap, his RB18 unscathed.

"Once I was back on the track, the car felt like normal - so I was lucky there of course," he admitted.

The incident dropped him down to fourth from where he overhauled teammate Sergio Perez before he engaged in a battle with the Mercedes of George Russell. But a dysfunctional DRS hindered his efforts to get past the Briton.

"There's nothing you can do," he said. "I spammed it like 50 times at one point on the straight and it's just not opening so it was clearly an issue.

"I tried all different kind of things, but it was just malfunctioning."

A switch to a three-stop strategy eventually allowed Verstappen to gain the upper hand over Russell, after which Perez complied with team orders and let his teammate by to lead a Red Bull 1-2 at the checkered flag.