George Russell believes the time has come for Mercedes "to start throwing more performance" at its 2022 car, suggesting that race wins on merit are just "three to four" races away.

The championship winning outfit found itself excluded from F1's front-runners at the start of the season due to the aerodynamic troubles embedded in its W13 silver arrow.

Mercedes' crews have worked tirelessly to understand and solve the porpoising phenomenon that impacted its car at the outset, and in Spain last weekend the team's upgrade package led to a breakthrough.

Both Russell and Lewis Hamilton reported back after the opening day of running in Barcelona that their car was no longer bouncing on the straights.

On Sunday, Russell held his own among the top four while Hamilton delivered a remarkable comeback drive after enduring a first lap puncture, setting the second fastest lap of the race. 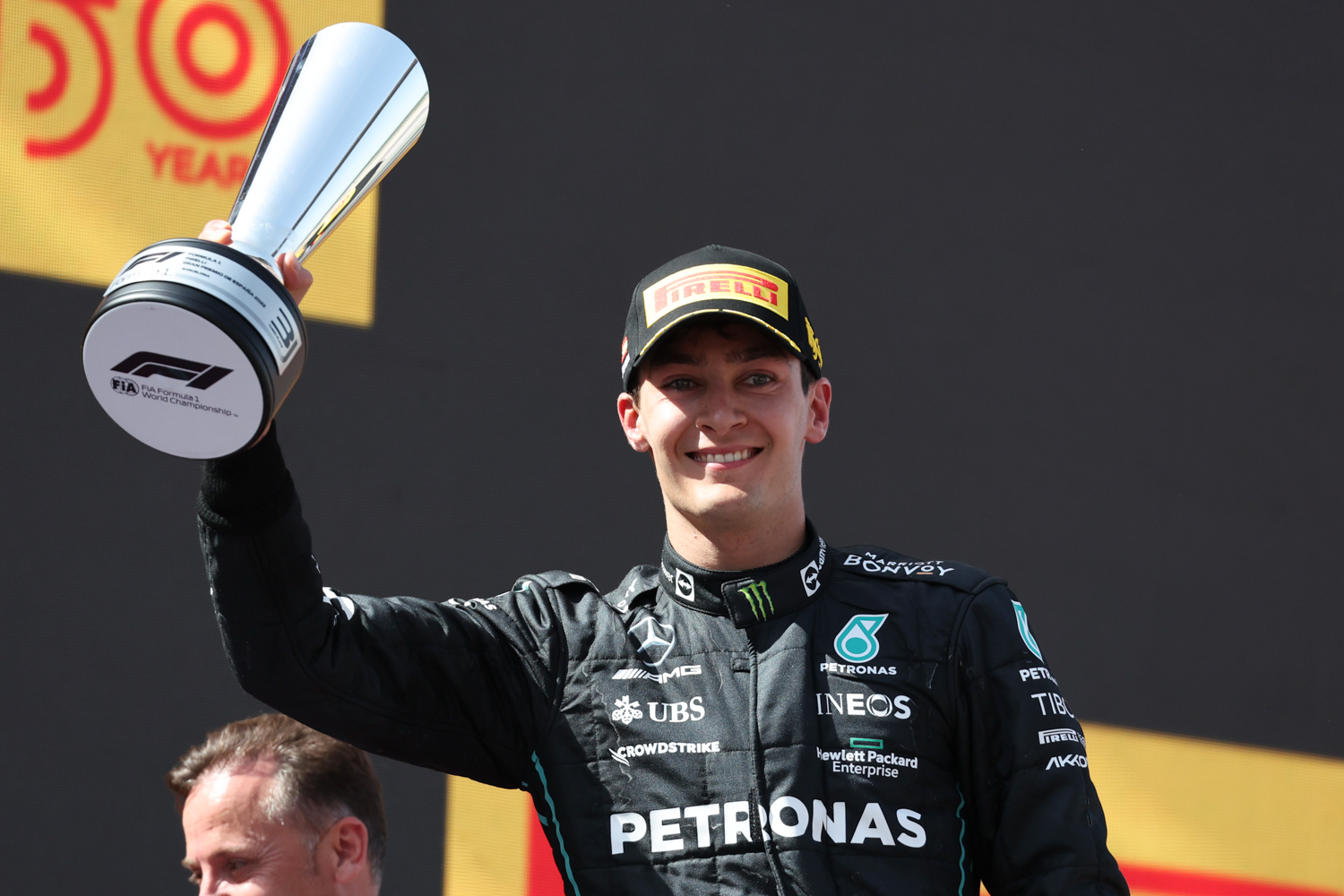 "I believe Mercedes are the best in the business and if anyone can solve these issues and bring the performance back, we can as a team," Russell told Channel 45 in Spain.

"I’ve been seeing how the team have come together through these difficult moments and being able to find this solution for one is an achievement in itself. But now I truly believe we can just start throwing a lot of performance onto this car.

"I think it will still be a good three, four races before we start to truly compete on the same level as them (Red Bull and Ferrari) but we are definitely slightly more in the mix."

Hamilton, who charged from last to sixth in Barcelona, said that his impressive performance reminded of his "olden days" with his team.

"Since the last race of the year, it’s been difficult all round," Hamilton said.

"To then have the difficulties that we had with the car, to have constant knock backs with certain issues, safety cars and all sort of things, [there has] just not really [been] much fortune.

"But [we] just keep getting back on the horse, and keep pushing, and never giving up.

"To start the race today positive, and then have that problem [at the start] but then to come back, it felt a lot like some of the olden days, older races that I’ve done.

"That for me feels amazing."