The FIA has extended the exemption given to drivers to comply with its ban on jewellery until the end of June.

Ahead of last month's Australian Grand Prix, F1 race director Niels Wittich reminded drivers of a seemingly forgotten regulation in the FIA's International Sporting Code, which bans drivers from wearing jewellery – including wedding rings or smart Oura rings - while in action out on track on the grounds of safety.

In Miami, the FIA issued to F1 teams an amendment to their scrutineering form stating that checks on banned jewellery and underwear will now be part of the formal scrutineering process on race weekends.

Several drivers - including Lewis Hamilton - criticized the FIA's decision, with the Briton, who has worn jewellery since he started racing in F1 in 2017, suggesting that the governing body should have "bigger fish to fry".

"Honestly, I feel like there's just way too much time and energy being given to this," Hamilton said in Monaco.

"I've said everything I feel I need to say on it in the last races and that's not what my focus is this weekend. [I've been] taking out my studs for every time I've been in the car, and I will continue to do so. The nose ring is not a problem, at the moment."

The seven-time world champion and his colleagues were given an exemption until this weekend’s Monaco Grand Prix to comply with the rule but that free pass has now been extended until the of June. 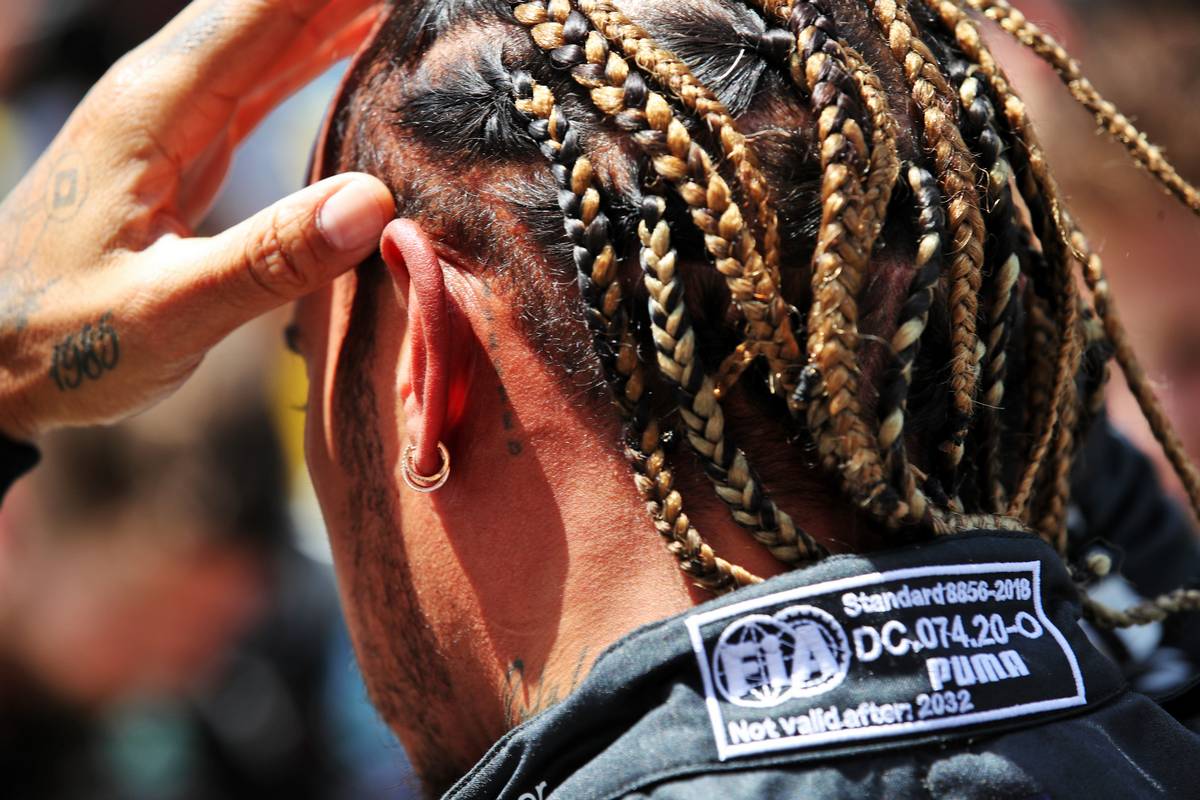 The prolongation will allow the drivers to open a dialogue with the FIA’s medical staff and reach a compromise that satisfies both parties and the governing body’s safety requirements.

Haas charger Kevin Magnussen expressed his unease with the FIA’s enforcement of a rule that would theoretically sanction him with a heavy fine if he wore his wedding ring while driving.

“I'll take a little bit of extra burn on my finger to race in my wedding ring,” commented the Dane.

“And if something was going to happen, something bad, I would want to wear my wedding ring. It kind of feels bad to take it off.

“With something like that, like your wedding ring, let us take that responsibility. There must be somehow to remove liability.”

Former F1 driver and 1996 world champion Damon Hill argued that each driver should be allowed to make a personal choice when it comes to wearing jewellery or not.

“I raced my entire career wearing a gold chain and a Saint Christopher and there was nothing that would have persuaded me to take that off,” said Hill.

“There comes a time it is a personal choice.

“I understand the FIA’s position which is they have to ensure the best situation for everybody. But if they got them to sign a release…

“All they have to do is come up with a contract that says we knew and accept the risk, and you sign a document that says I accept that it is my fault if anything goes wrong.”