A defiant Lewis Hamilton says he won't be removing his earrings and nose stud in the future to comply with the FIA's ban on drivers wearing jewellery while out on track.

In Australia, FIA race director Niels Wittich reminded drivers of the rule that is featured in motorsport's International Sporting Code and which forbids drivers – on the grounds of safety - from wearing jewellery, including watches, when they are behind the wheel.

Ahead of this weekend's Miami Grand Prix, the governing body ramped up its ban, adding the provision to F1 teams' scrutineering template form which every competitor must complete before the race weekend.

However, upon further discussion, it was decided that Hamilton would be awarded a two-race exemption.

The seven-time world champion mocked the FIA's stance by showing up to Friday's presser wearing three watches and more jewellery that Mr. T.

The FIA's insistence on enforcing a rule that it has ignored for over a decade, but denying a demand formulated by drivers to add a Tecpro barrier at Miami's Turn 13, where Carlos Sainz and Esteban Ocon crashed in free practice, wasn't lost on Hamilton. 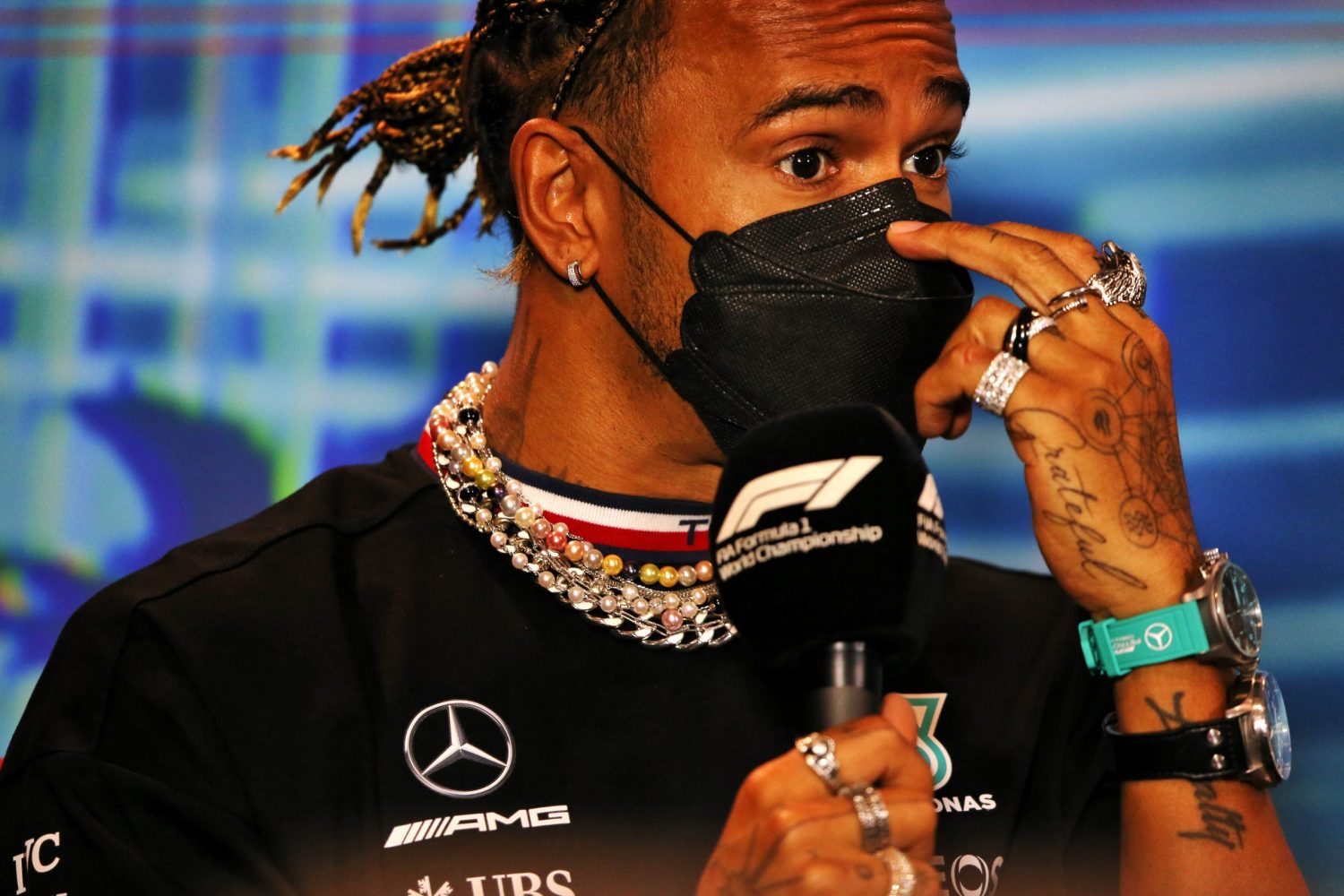 "I mean, this whole safety thing man…" said Hamilton. "When they told me about the jewellery, they were saying safety is everything.

"I said, ‘Well, what's happened for the last 16 years? I've had jewellery on for 16 years. So was safety not an issue back then?'

"When we come to these new tracks, they do the best job. I think they've done a great job in all of these new tracks with safety, you can't predict every single corner, where we're going to need Tecpro, but safety on track is great.

"So I think we of course after an experience like this weekend, we can know that that’s an area that we can improve on. But that's a part of the lessons we learned."

The bottom line for Hamilton is that he doesn’t plan on getting rid of his piercings on "the grounds of safety".

Mercedes team boss Toto Wolff speculated that Hamilton and FIA president Mohammed Ben Sulayem will discuss the matter in the near future and reach a resolution.

"I think what was needed was a dialogue between Lewis and Mohammed," he said. "It is clear that regulations are here to protect the drivers.

"On the other side we need to keep the possibility on diversity and the means of expression and expressing yourself and we know that this is important for Lewis."

"Yesterday, without going into detail where the piercing stayed and were not… I’m sure they will come to a good resolution."