Alfa Romeo's Valtteri Bottas has been one of the surprise performers of 2022 since his move from Mercedes over the winter, but he appeared in less than top form in Friday's practice sessions for the Azerbaijan Grand Prix.

Bottas was 15th in both of today's two one-hour sessions in Baku, with his rookie team mate Zhou Guanyu one place behind him in the timesheets on both occasions.

He was over two and a half seconds off the top time in FP1, but trimmed that back to 1.891s in FP2. However he insisted that things were still on track for the squad and that he had every hope of better things to come this weekend.

"I don't think it's the true picture of where we are," he told Motorsport.com after the end of the day's track activity. “We progressed pretty well throughout the day, even though the start was a bit tricky, with grip levels and car balance not quite there.

"The track feels a little bumpier than last year, but nothing to worry about. We didn’t have any issues with bouncing, thankfully.

Bottas said that his potential best qualifying simulation lap in FP2 had ended up being spoiled by locking-up, which ruined his set of soft tyres.

"I didn’t get many clear laps, including the final one in FP2 where I was making big gains but locked up a tyre and lost the lap," he said. "I was four tenths up, but then I had a lock-up and I lost all the time.

"With that I would have been quite a bit closer," he said, adding that the field was especially tight this weekend. "As usual the midfield is very close, and I’m positive we can make a step forward overnight and improve quite a bit." 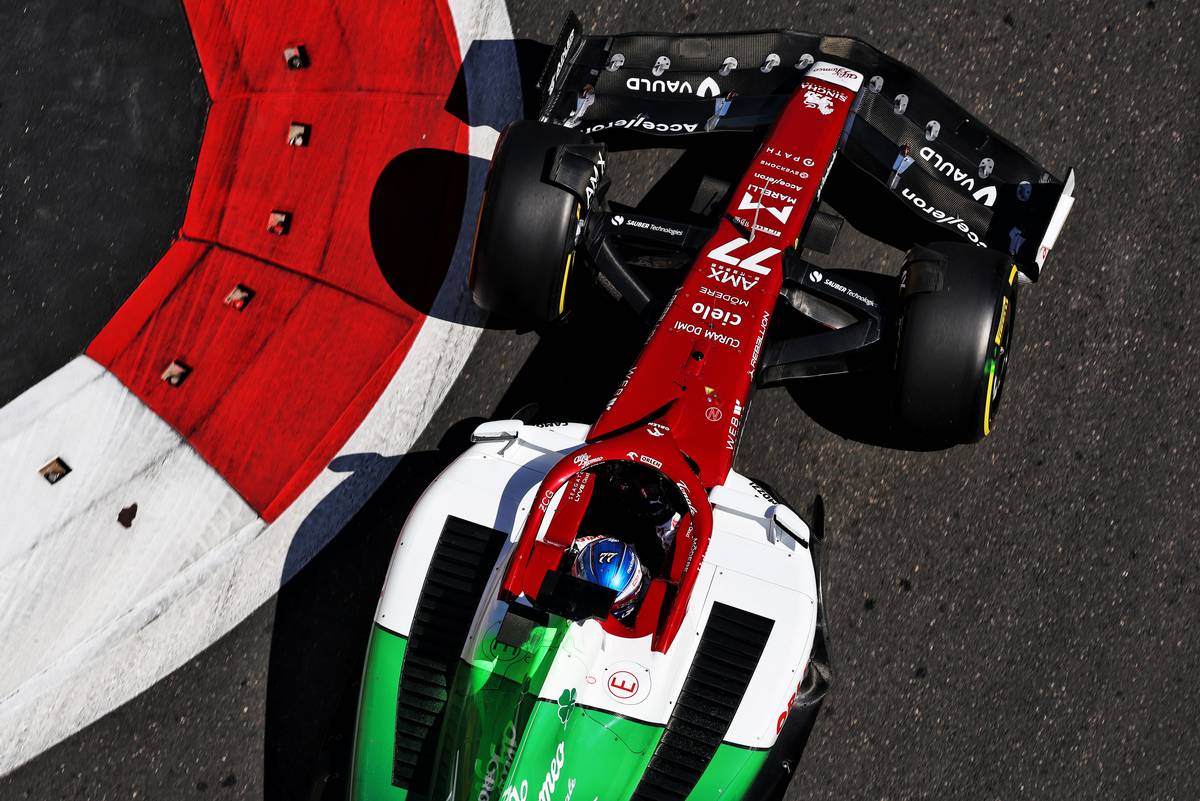 He said that the team had brought a number of upgrades for the C42 to this weekend's race, and that they were still in the process of deciding how and when to roll them out.

"The fact is we don't necessarily have all the best bits on the car yet," he pointed out. "My understanding is that they are here but we don't have too many of them.

"There's always a risk [about damaging new parts] on these street circuits," he explained. "I believe that will give us hopefully a bit of a step, but we also need to find more more than that.

"I'm sure we can do it and I know we can still improve the set-up and everything," he said. "It's quite a sensitive track, but once you get the set-up right you can find quite a lot of laptime.

"We did quite a lot of set-up changes today, and towards the end it was getting much better," he suggested. "I think the race pace as always should be okay, so I'm still optimistic for the weekend."

The last race in Monaco had also been a struggle for Alfa Romeo and Bottas acknowledged that street tracks had not brought out the best in the car.

"But I think we learned quite a bit with the set-up [in Monaco] so if we can get everything right for tomorrow, I'm still optimistic we should be able to fight for a Q3 position."