Red Bull's Max Verstappen stayed on top of the times in second practice for the 2022 Canadian Grand Prix at the Circuit Gilles-Villeneuve on the Ile Notre-Dame in Montreal.

But his advantage over Charles Leclerc was down to just 0.081s, with his Ferrari team mate Carlos Sainz staying in touch in third place ahead of Aston Martin's Sebastian Vettel and Alpine's Fernando Alonso.

There were no incidents during the session, with the only VSC being a brief affair to allow for the retrieval of a soft drinks can. But Valtteri Bottas missed out on the session after his Alfa Romeo suffered recurring anti-stall issues.

Despite the threat of rain arriving in time for the second practice session of the day, the weather over the Circuit Gilles-Villeneuve had remained bright and sunny. Broadly clear skies greeted the drivers as they took to the track at the start of FP2 with Alfa Romeo's Valtteri Bottas and Zhou Guanyu leading the way on medium tyres - although Bottas came straight back in again - while the two Mercedes remained in the garage receiving finishing touches from the mechanics before getting going. 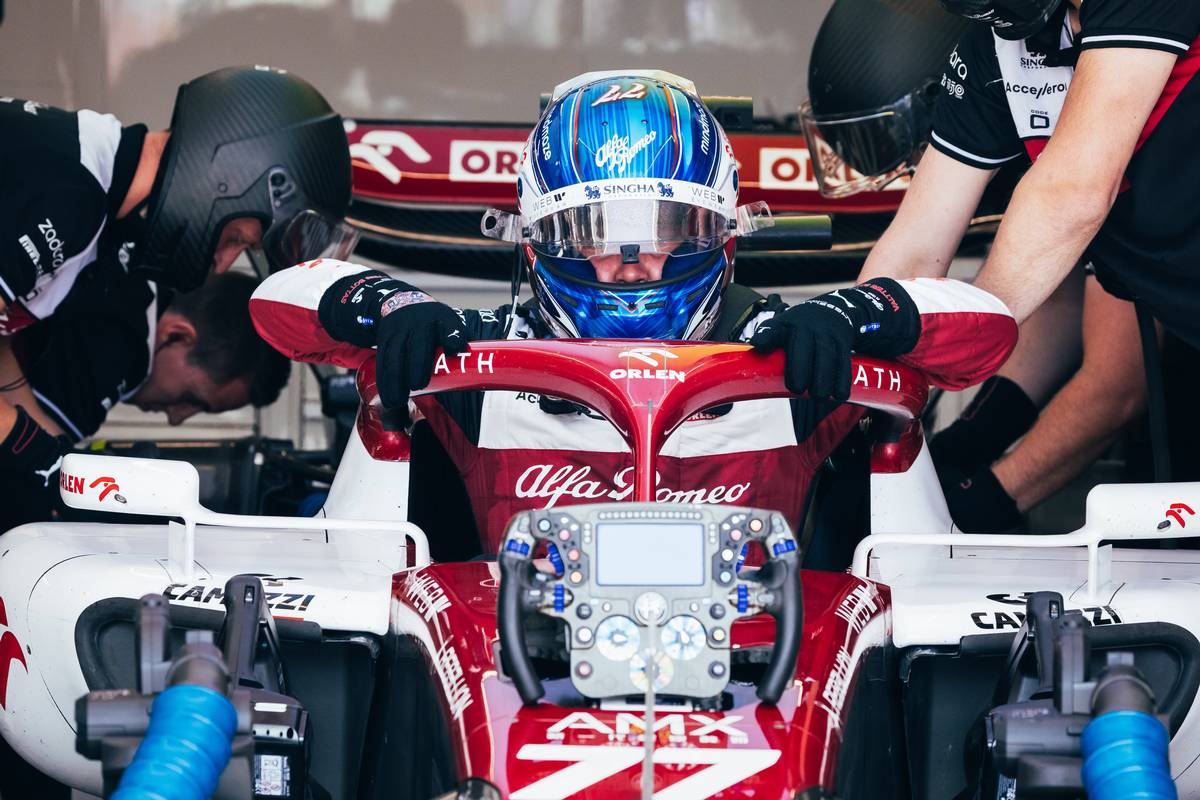 The Aston Martins of Lance Stroll and Sebastian Vettel briefly went to the top of the timesheets, but it was only a matter of moments before Max Verstappen was quickest with a time of 1:15.618s, seven tenths quicker than his team mate Sergio Perez could manage with Esteban Ocon half a second further back, and Carlos Sainz' first run only good enough for fourth ahead of Pierre Gasly, Kevin Magnussen and Yuki Tsunoda, who had been the first driver to brush the wall in the earlier session.

Charles Leclerc soon showed up on soft tyres to split the two Bulls at the top, going second but still almost six tenths slower than Verstappen. Daniel Ricciardo debuted in fifth, but his McLaren team mate Lando Norris was initially out of the top ten after missing a chunk of time in FP1 due to an unspecified issue on the MCL36 that the engineers wanted to track down. Norris wasted no time getting up to speed, picking up the pace with his second lap to go half a tenth ahead of the Aussie. 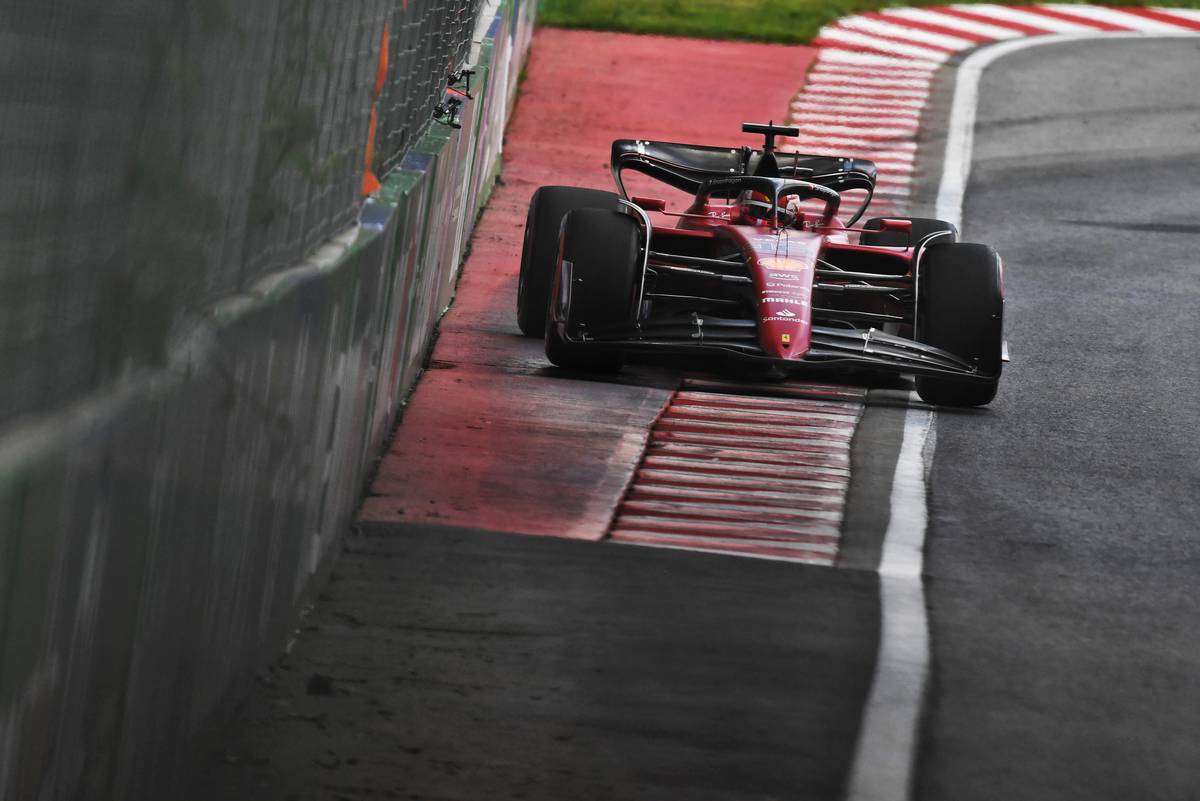 Also improving was Verstappen, extending his lead with a time of 1:14.792s and then to 1:14.532s. Leclerc responded to close it up again but he was then muscled to one side by Fernando Alonso, the Alpine having started the session on softs. The Ferraris responded, Leclerc now going second ahead of Sainz, but Verstappen still held a three tenths of a second advantage over his rivals. By now the Mercedes drivers had also joined the party, Lewis Hamilton straight in to sixth but George Russell complaining about 'massive hopping' leaving him just outside the top ten. After 20 minutes the only car yet to set a time was Bottas who had been forced to return to the Alfa garage a second time as the C42 continued to glitch into anti-stall.

With the wind gusting and the skies starting to cloud over, there were a number of minor mishaps with cars locking up of straying briefly off track . That including Pierre Gasly, the AlphaTauri skating over the chicane and failing to go around the mandated bollard as he came back on at turn 14 earning him a call to talk with the stewards. Vettel committed a similar infraction and was also summoned to discuss going too slowly in pit lane and for an unsafe release into the path of Magnussen. None of these had affected the running of the session, although a brief Virtual Safety Car had been deployed - but only to allow a marshal to retrieve an errant soda can from the track to cheers from the crowd. That was just after the Astons had moved to soft tyres, using them to good effect with Vettel up to fifth and Stroll sixth ahead of Hamilton, Perez, Ricciardo and Gasly. 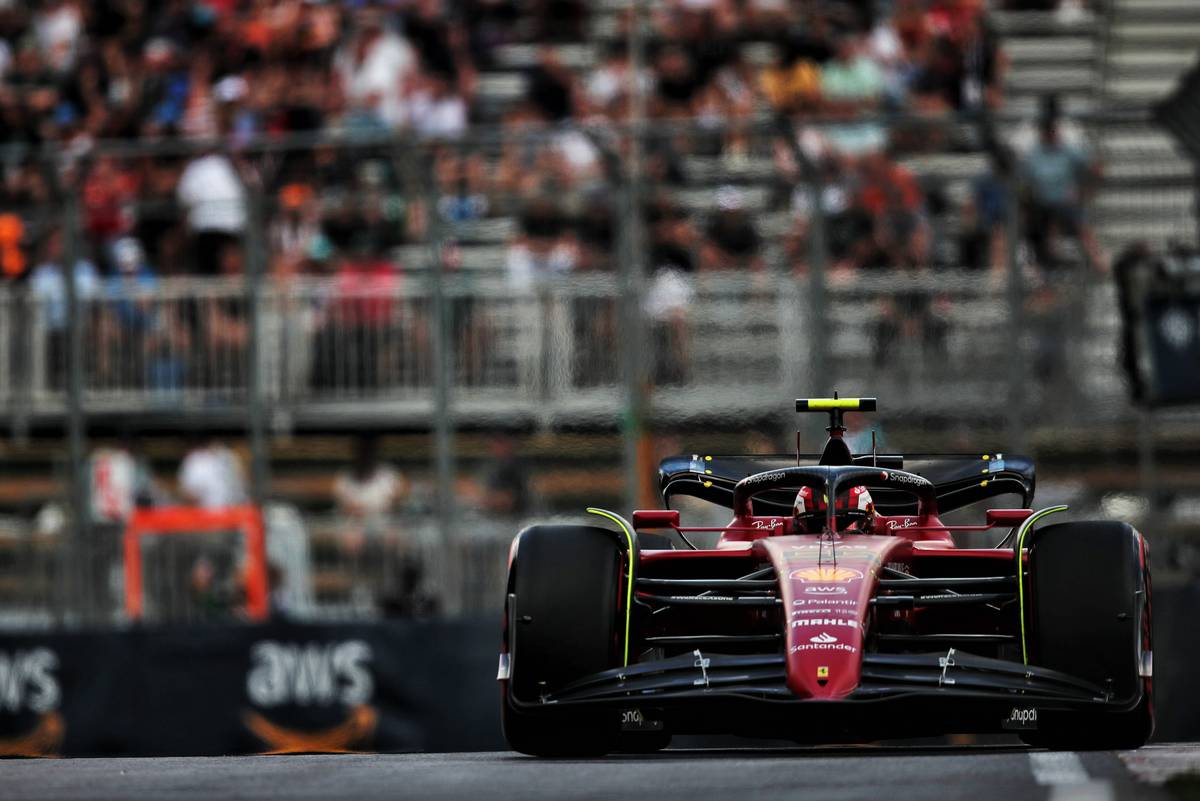 Verstappen flirted with the wall of champions on his first lap out on soft tyres but still managed to move the benchmark to 1:14.127s. He was in a different league from the others at this point, with Perez a second slower and only fifth fastest with his own run. Leclerc soon responded to the challenge and his next run was only eight hundredths off the pace of the Red Bull. Sainz also found some more time to go third ahead of a better run for Russell that put the Briton ahead of Alonso, Ocon, Perez, Gasly, Vettel and Stroll at the halfway point of the one-hour session.

Vettel's next run moved him up to fourth ahead of better times for Alonso and Gasly, moving them ahead of Russell and the two McLarens of Norris and Ricciardo, but Stroll was blocked on his own flying lap and dropped out of the top ten. That appeared to herald the end of qualifying laps, with Verstappen leading the return to the medium compound for longer race distance simulations as dark clouds massed on the horizon although rain was still considered unlikely before the chequered flag. While Magnussen and both Alpines moved on the hard tyres, Vettel and the two Ferraris unusually stayed on the soft compound - perhaps suggesting they were happy to use them up in practice and had little intention of using them in the race - before Sainz finally returned to the mediums with less than ten minutes remaining. 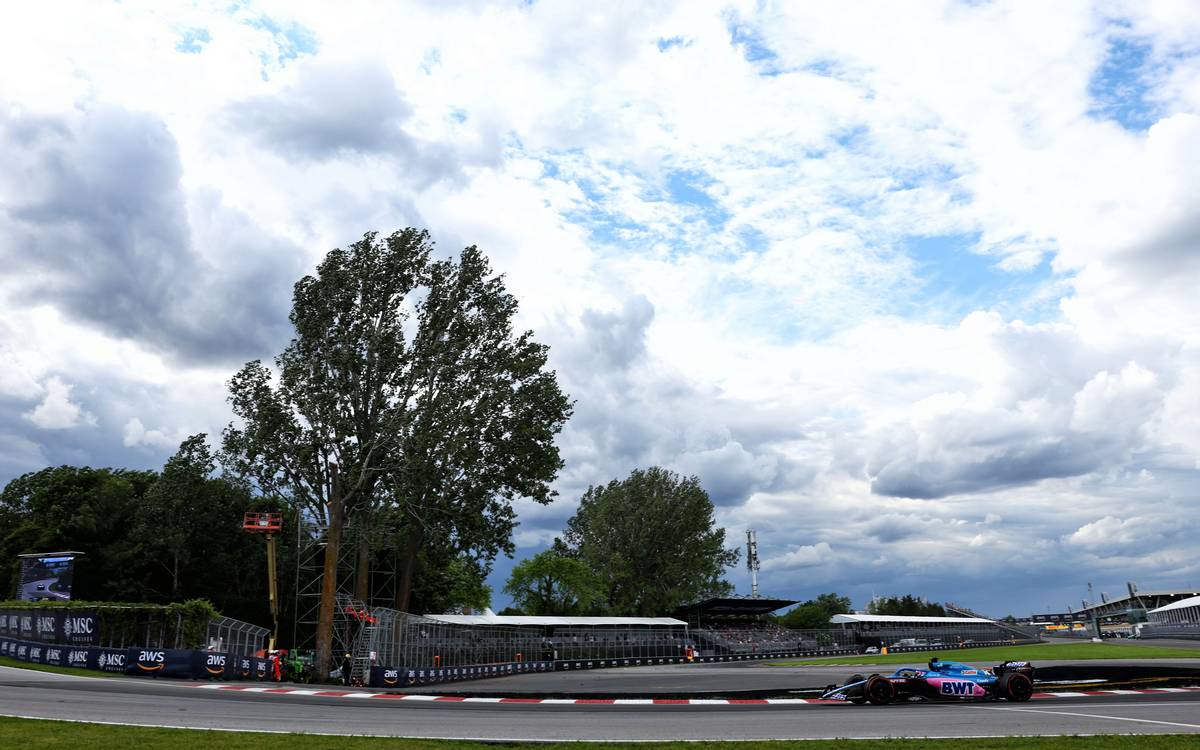 Conspicuously struggling all session was Hamilton, who remained stuck in 13th place to the finish and complaining over the Mercedes team radio that the W13 was "undriveable" after sliding all over the place before heading back to the pits a few minutes early, returning briefly to take the opportunity to make a practice start under darkening skies. But at least he'd had a better session than his former team mate Bottas, who never did get to put in a time before Friday's practice came to a quiet finish just in time to beat the impending downpour.