Charles Leclerc faced a Herculean task in Sunday's Canadian Grand Prix, having to overcome a back row starting position in order to keep his 2022 championship hopes alive.

Leclerc was starting from P19 after incurring a number of grid penalties, when Ferrari was forced to change multiple engine components on his F1-75 as a result of his Baku blow-up last week while leading the Azerbaijan GP.

That retirement meant Leclerc dropped 34 points behind Max Verstappen in the standings after the first eight races, having been ahead by 46 points after Melbourne in April.

With his sights set on damage limitation this weekend, Leclerc made rapid progress in the opening laps in Montreal. He was already up to 13th place by the time the Virtual Safety Car was deployed following Sergio Perez' retirement.

"In the very first part of the race there was no problem with traction in general," he told the media in the paddock after the end of the race. "It was just everyone had DRS so I couldn't do anything."

Having started on hard tyres, Leclerc stuck to a one-stop strategy and stayed out on a long first stint, finally coming down pit lane on lap 41 from sixth place after getting struck for a protracted spell behind Alpine's Esteban Ocon.

“Overall it was a race I had to be patient," he acknowledged. "At the beginning I was stuck in a DRS train, then I was stuck behind Esteban. 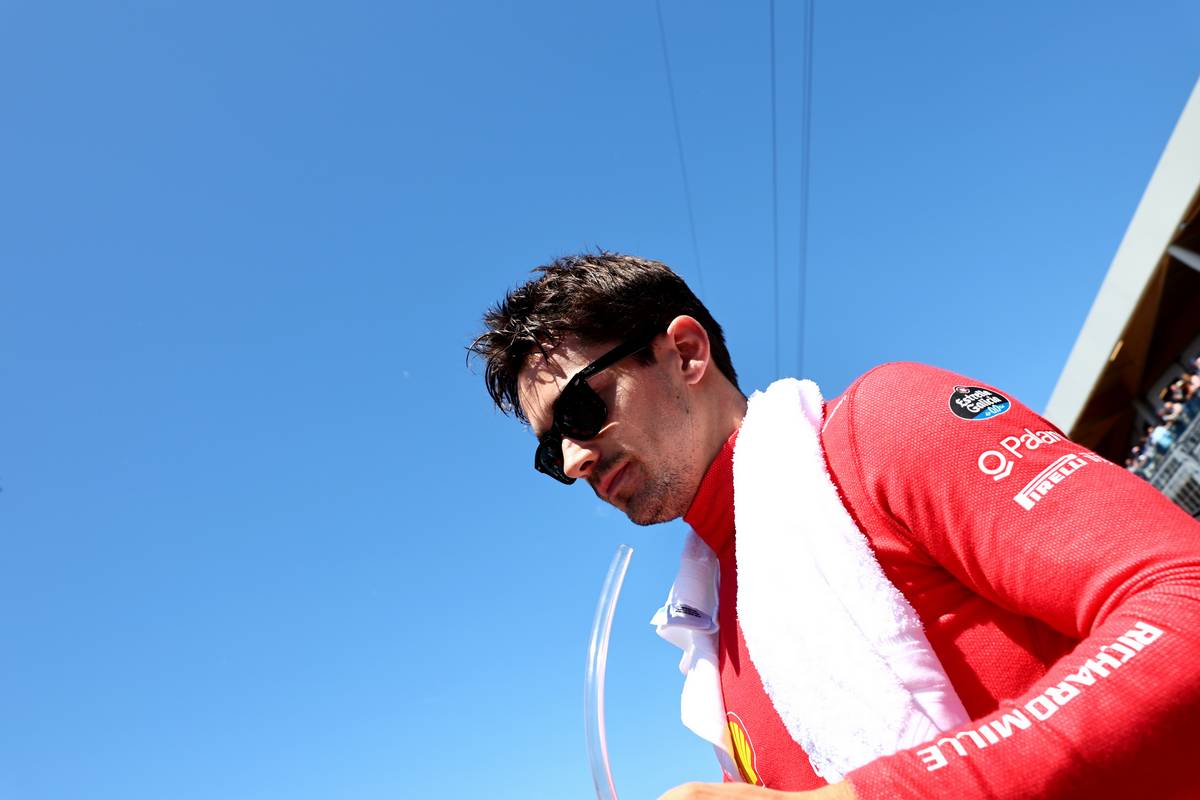 "Whenever I had free air I think pace was really good, [but] Esteban had new tyres and so out of turn 10 that's where you need the tyres.

"He had much more grip than I did, so I struggled to follow him there and that was very frustrating," he said. "There was quite a big problem of traction."

But it was an issue with his pit stop which meant he lost a crucial three seconds and dropped to P12. "Obviously we had the problem at the pitstop, which made our life much more difficult," he conceded.

"The pit stop put us a bit in a bad situation as we cleared the DRS train then got another DRS train and it cost me a bit at the end," he said. "I got back four cars again with the DRS train and I had to be a bit more aggressive after that to come back. 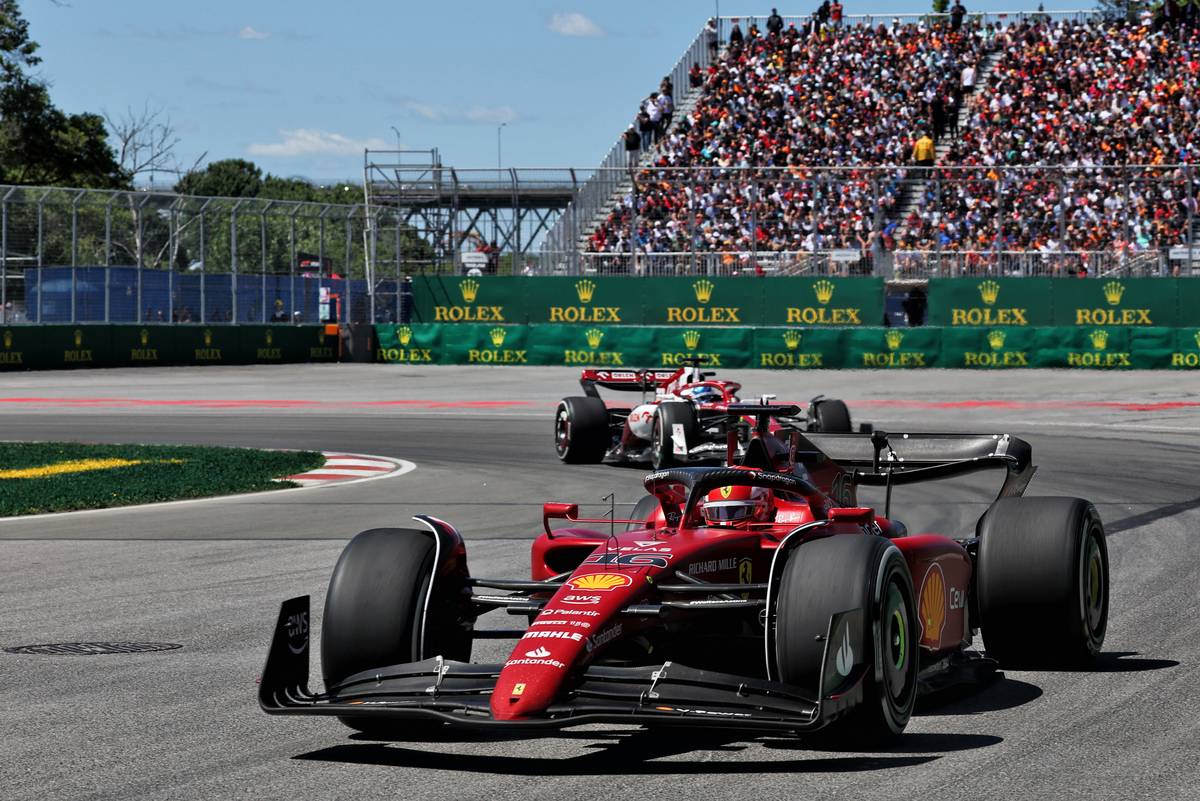 "Considering all of this, P5 was the best [we could manage today]," he summarised. Without the pit stop hold-up he felt he could have challenged the two Mercedes of George Russell and Lewis Hamilton in the final laps.

"It would have changed quite a bit without those few things," he said. "Obviously the pitstop cost us quite a bit today.

"The thing about the middle stint, there was nothing we could have done better there. It was just the situation we found ourselves in."

But looking at the bigger picture he was pleased with the improved performance of the Ferrari this weekend compared with Red Bull, and also by the team's reliability after its double DNF in Baku.

"I know the pace is in the car, which of course motivates me," he said when asked how he felt about his prospects for the championship. "Red Bull had a few problems today. So yeah, definitely reliability is going to be a big thing. 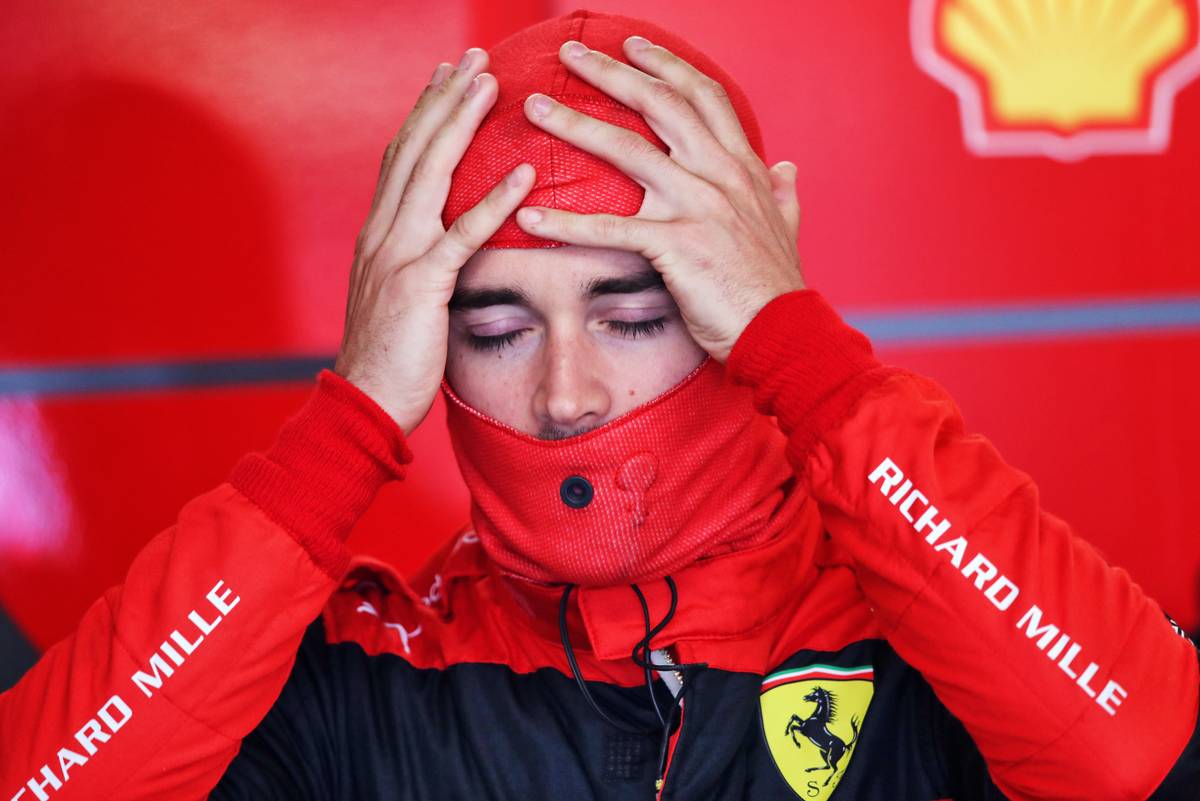 "Reliability seems to be a concern for everyone this season," he pointed out. “If we fix our reliability the performance is there to come back so already from Silverstone we will try to get a few points back.”

"What we need whenever we have more difficult weekends like this weekend [is] just to go and take some good points, and that's what we did today.

"I'm not worried, I'm just extremely motivated to finally have a clean weekend, show we are here and that we are strong," he added. "Hopefully we can do that in Silverstone."

Although Verstappen's win means that the Red Bull driver extends his lead in the standings, Leclerc's battle to fifth place limited the damage to 15 points, leaving the Monegasque 49 points behind with 13 races remaining.

But the 24-year-old insists that it's still all to play for and the battle is far from over. “If we fix our reliability, the performance is there to come back," he said.