There was apparently more than met the eye in Sergio Perez's crash in qualifying last weekend in Montreal, with the Mexican currently undergoing "neck therapy" as a result of his mishap in Q2.

Perez was caught out by the damp conditions at the Circuit Gilles Villeneuve in the second segment of qualifying when he locked a wheel at Turn 3 and slid into the TecPro barrier.

The Red Bull driver walked away seemingly unscathed from the crash, later owning up to his error, admitting he had let his team down.

But a few hours later, Perez began to feel a neck pain which grew to the point where it required proper attention earlier this week. His retirement from the Canadian Grand Prix after just seven laps due to a gearbox failure likely preserved his neck from further strain. 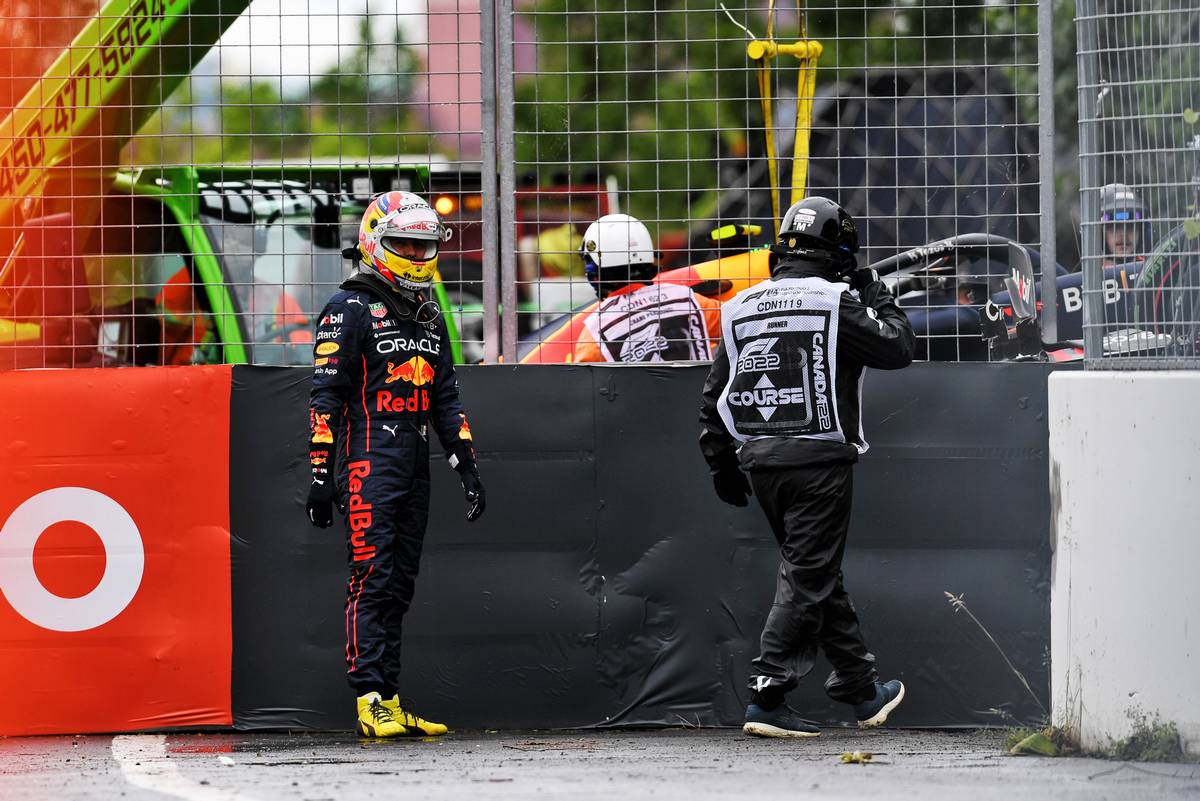 "It's always hard the beginning of the week after such a bad day, but I'm fine," Perez told Fox Sports.

"[I'm] recovering from the neck, because I suffered a strong contracture after the crash, which I didn't feel. It was hurting a lot, but in general I'm fine, everything is fine."

Next week's round of racing with take place at Silverstone, where Perez will need a strong neck to cope with the layout's high-speed nature but also with what many drivers are expecting to be a bumpy ride in the Northamptonshire countryside.

"Right now, I'm working on the strong contracture I had in my neck and I'm not doing exercises, I'm in pure neck therapy to be at 100 per cent at Silverstone.

"Every race is different because your body is in a different state all the time. There are times when you have to do more cardio, strength or endurance.

"So you always work [on] different things. In 'back-to-back' [races], it's a very regenerative recovery."

Despite his costly DNF in Montreal, Perez retained his second position in the Driver's standings, but now sits 46 points behind his Red Bull teammate Max Verstappen and just 3 points ahead of Ferrari's Charles Leclerc.