Mercedes will introduce new parts for its W13 at next week's British Grand Prix as part of its sustained efforts to "push its car forward".

While Silverstone has been a very successful hunting ground for Mercedes in the past nine years, with the German outfit winning all but one race at the track during that period, team boss Toto Wolff was keeping expectations in check when looking ahead to the event last weekend in Montreal.

And Mercedes technical director Mike Elliott is also encouraging everyone to keep their feet on the ground regarding the team's prospects although his crews are sparing no effort to improve their silver arrow.

"One thing you can be sure of is we will push as hard as we can," Elliott explained in Mercedes post-race debrief on YouTube.

"We will be bringing new bits to Silverstone, we will be trying to push the car forward, trying to get some pace from the car we've got or from the package we've got as well as the new bits we are going to add to it.

"I think at the same time though we have to be honest with ourselves and say that, at the moment, we are just a little bit behind those front runners in Ferrari and Red Bull. And in a normal race I think it is going to be tough." 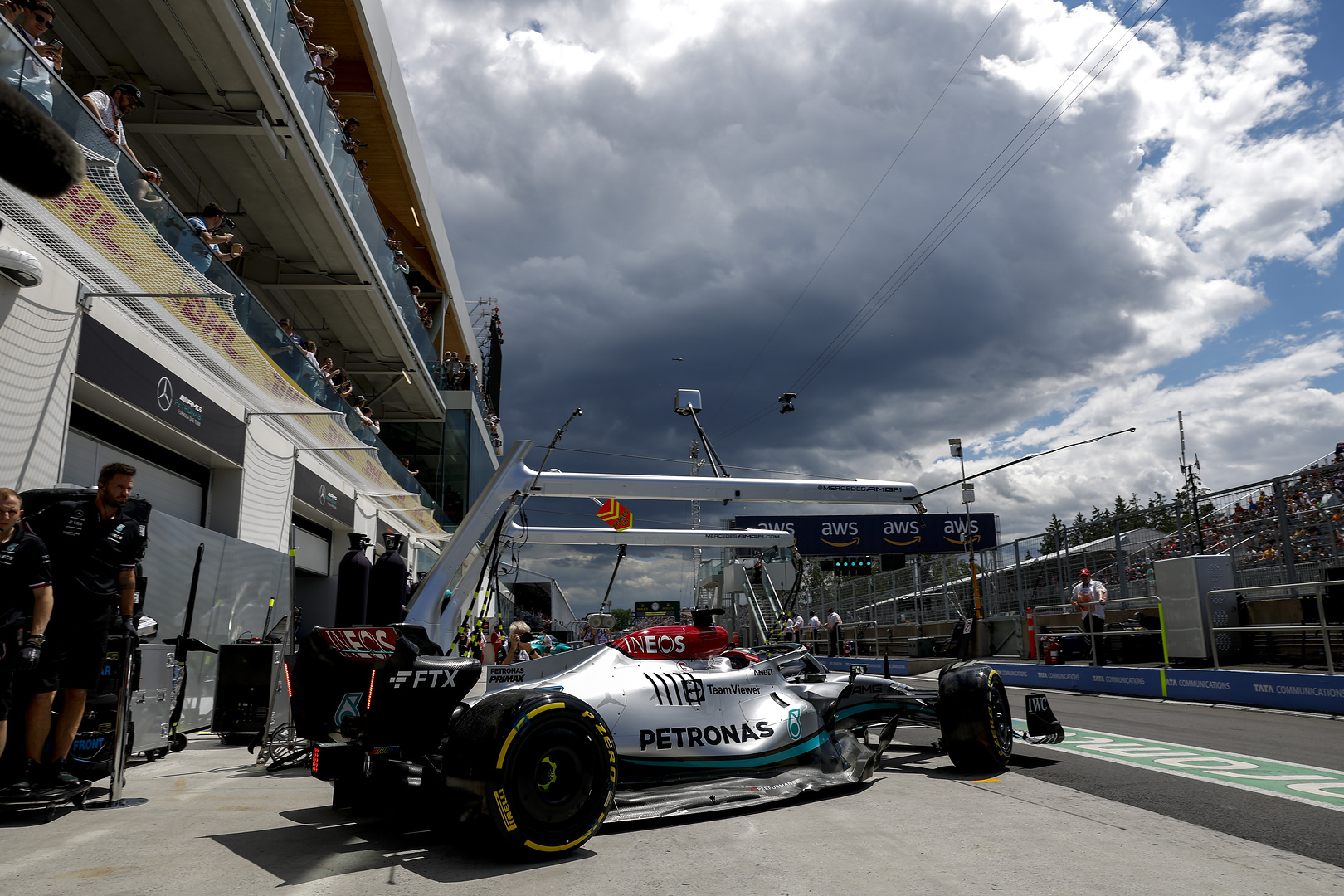 Mercedes believes it now has firm grip on its porpoising issues but running its car millimeters off the ground to exploit its ground effects is still producing bouncing.

But Elliott anticipates that Silverstone's layout and surface will suit its W13 marginally better.

"I think Silverstone will be a circuit that suits us a little bit better, like Barcelona did, but maybe it will be just a little bit difficult," he said.