Alex Albon hopes the upgrade package implemented by Williams next week at Silverstone will finally help improve the pace of the British outfit's FW44.

Williams has been the slowest team on the grid this season, its new-generation car only scoring points in two races – in Melbourne and Miami – courtesy of Albon's efforts.

But with just three points on the docket, Williams is inevitably bringing up the rear in the Constructors' standings.

Last weekend in Montreal, Albon qualified P12 and clocked in P13 after a lackluster race in which he believes he achieved the maximum that was possible.

"We knew this track was going to be difficult and despite our good qualifying, in the first three-four laps I could tell it was going to be a struggle," commented the Anglo-Thai driver.

"I think P13 was all we could have achieved today so at face value, I am quite happy with it." 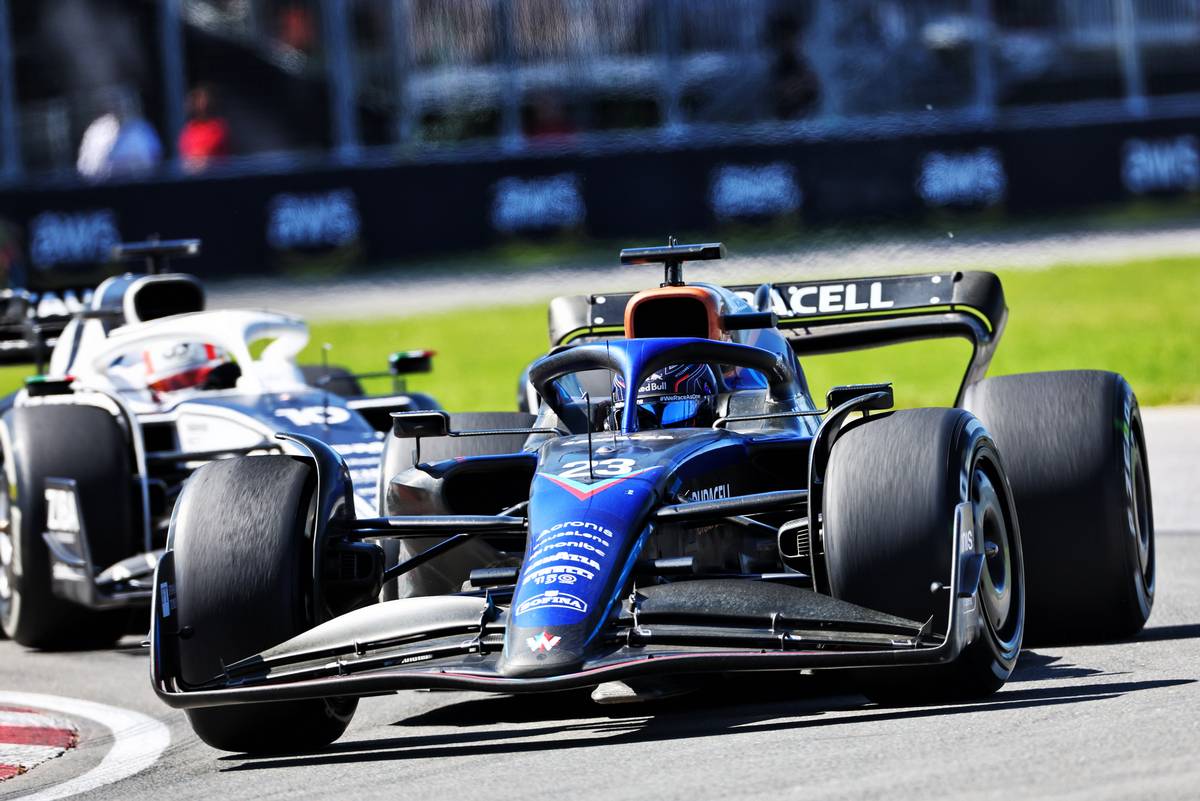 But Albon says a package that could improve the performance of his Williams car can't come soon enough.

"Everyone’s been upgrading and we haven’t had a major upgrade in a while now," he said.

"Balance-wise we have weaknesses in the car, which aren’t so clear to be able to fix with what we’ve got right now.

"With updates most things are predominantly down to the through-corner characteristics of the car, hopefully that’ll put it in a better window.

"It does make things tricky, depending on the circuits, here [in Montreal] you have high-speed chicanes and very tight corners.

"It’s hard for us to find a good compromise through the lap, so it escalates."