Lewis Hamilton gave it his all in the closing stages of a thrilling British Grand Prix, but the Mercedes driver was powerless against the straight line speed of his Ferrari and Red Bull rivals.

Sunday's eventful race, initially disrupted by a red flag following a dramatic crash on the opening lap, appeared to be heading towards an orderly finale when a safety car deployed with just 13 laps to go, bunched up the field and left all to play for.

Like Ferrari with race winner Carlos Sainz, Mercedes had opted to bring Hamilton in for a fresh set of soft tyres. The subsequent sprint to the checkered flag was a frantic affair with Red Bull's Sergio Perez, Charles Leclerc and Hamilton furiously racing wheel-to-wheel behind Sainz.

The trio swapped positions multiple times almost every lap. Hamilton looked to have gained the upper hand and set to hunt down Sainz, but the straight-line speed of his rivals had the last word.

"I gave it everything today," he said afterwards. "I was trying to chase down those Ferraris, but congratulations to Carlos. They were just too quick today for us.

"In the end I was in amongst that battle with Checo [Perez].

"But at the end there, it was just a little bit difficult. Once you get a Red Bull behind you, they are so fast on the straights. So we've got some improvements to make.

"Those guys were just too quick on the straights for me today." 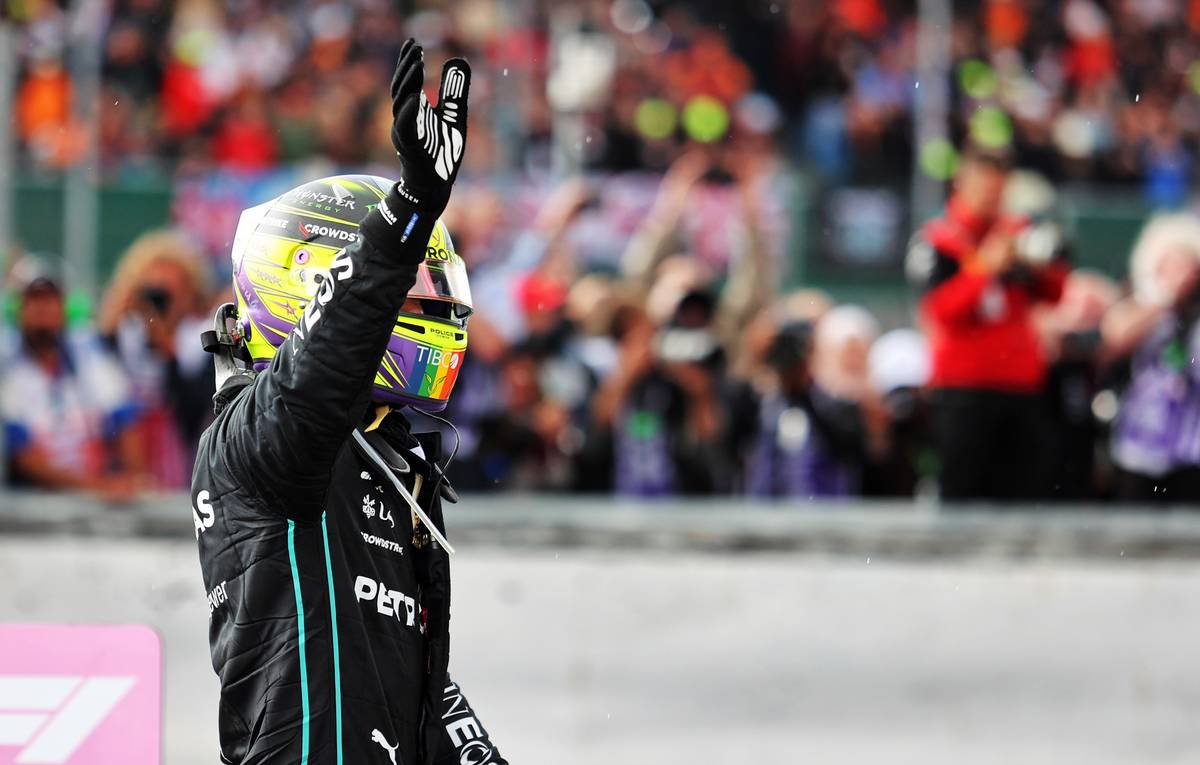 Hamilton said that his third podium of the year was a "huge bonus" for Mercedes and another validation of the Brackley squad's efforst to improve its performance.

"I'm so, so grateful for the hard work all the team did to get an upgrade here. We've made a step closer to them.

"But this is a huge bonus for us to be on the podium. I am glad everyone was safe from the big crash at the beginning of the day."

"We are going to continue to push. Let's keep trying to be the best we can."

'A day I will not forget!' declares victorious Sainz