In what proved to be a stormy day for Red Bull, Sergio Perez succeeded in bouncing back from early disaster to secure an impressive second place in today's white knuckle British Grand Prix at Silverstone.

Perez lined up in fourth place on the grid, but struggled to get away at the start and dropped places to Lewis Hamilton and Fernando Alonso when the lights went out.

However the race was immediately red flagged due to the huge accident involving Zhou Guanyu, and when the race restarted nearly an hour later the order was reset to the original grid positions.

That gave Perez a second chance to tangle with Ferrari's Charles Leclerc, but in the process he sustained front wing damage from contact with his own team mate Verstappen that forced him to head to pit lane for a replacement.

"I just got squeezed," he explained. "I had nowhere to go; Charles was on the inside, Max was on the outside.

"My front wing was damaged pretty badly so I had to pit to change it," he added. "I then went to last place and recovered from there."

The enforced stop had indeed dropped him all the way back to 16th place and it seemed that the Mexican's day was effectively over.

But an extended first stint helped him recover the lost ground, and he was back in the top four by the time he made his second stop on lap 39 when a safety car was scrambled for Estaban Ocon's retirement. 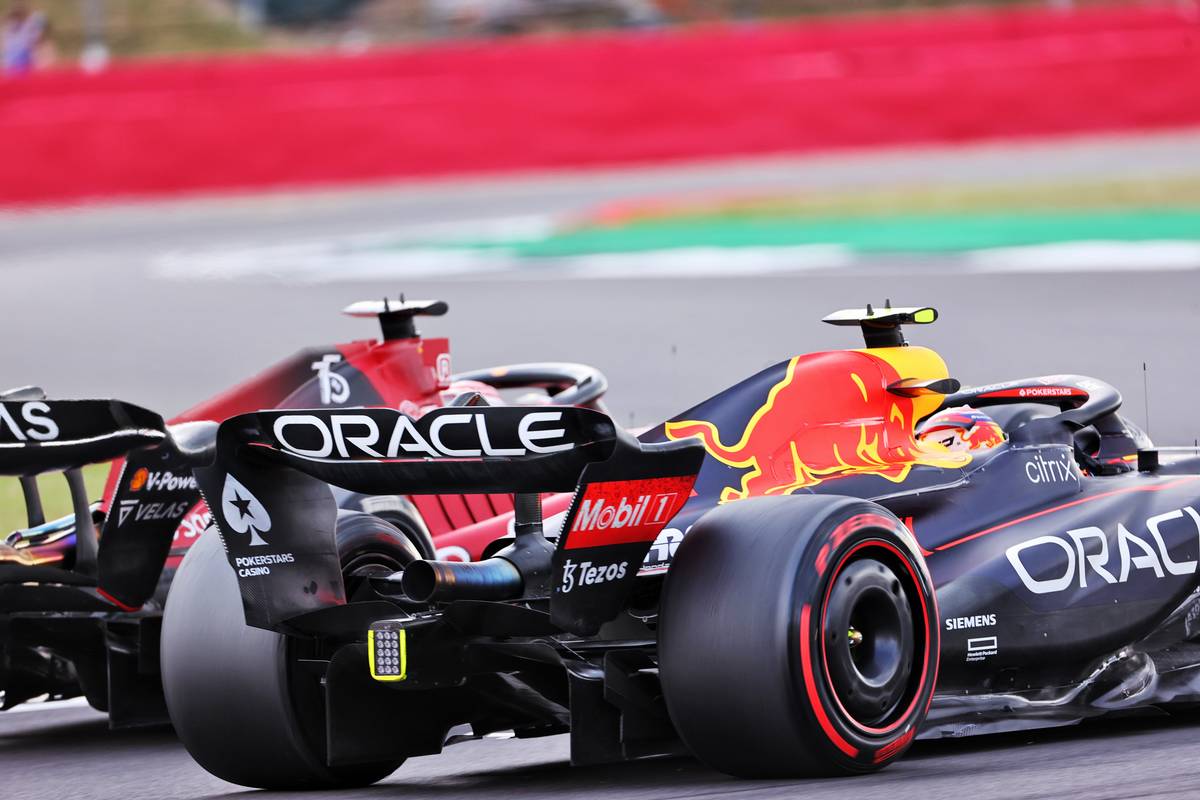 It meant he had enjoyed what was in effect a 'free stop', and was able to pass Lewis Hamilton for third place when the race resumed, and he then fought a pitched battle with Ferrari's Charles Leclerc.

With Carlos Sainz too far ahead, Perez had to settle for second place - still a remarkable achievement given that earlier setback, and with his team mate Max Verstappen only seventh after suffering floor damage.

"It was a great comeback," Perez beamed as he climbed out of the cockpit to talk with the media after the chequered flag. "We didn't give up and we kept pushing.

"When the opportunity came at the end, we just went for it," he said. "It was just epic, the final laps, but it was a good fight between us."

"It was a great fight with Charles, and with Lewis I felt like I had the position, and then he was right there."

Todays' result means that Perez takes a healthy slice out of Verstappen's lead in the drivers championship. Verstappen is now 35 points his team mate, having extended his lead over Leclerc to nine points.

However Red Bull has lost a little of its still-large advantage over Ferrari after the first ten races of 22 in the 2022 world championship.