Mercedes' George Russell successfully took his first Formula 1 pole position in today's qualifying session for the Hungarian Grand Prix in Budapest and proclaimed himself "over the moon, absolutely buzzing" with the achievement.

Russell and his team mate Lewis Hamilton had struggled to find any sort of grip and performance in friday's practice session, but came alive on Saturday afternoon.

The pair were quickest in the first round of qualifying with Hamilton pipping Russell by a meagre 0.033s. But it looked to be business as normal in Q2 which was topped by Max Verstappen and Charles Leclerc.

The two Silver Arrows flirted with elimination at one point before finally progressing in fifth and seventh for Hamilton and Russell respectively. But it looked like the Ferraris of Leclerc and Carlos Sainz had a firm grip in the final top ten pole shoot-out round.

Instead it was Russell who ended up with the quickest time of the day with 1:17.377s, 0.044s ahead of Sainz, while Hamilton had to abort his final lap with a DRS issue and finished seventh and Verstappen suffered a power unit problem leaving him P10.

"I came across the line, looked at the screen and saw we went P1, and that was an incredible feeling," he told the media in parc ferme after the end of qualifying at the Hungaroring. "Over the moon, absolutely buzzing!" 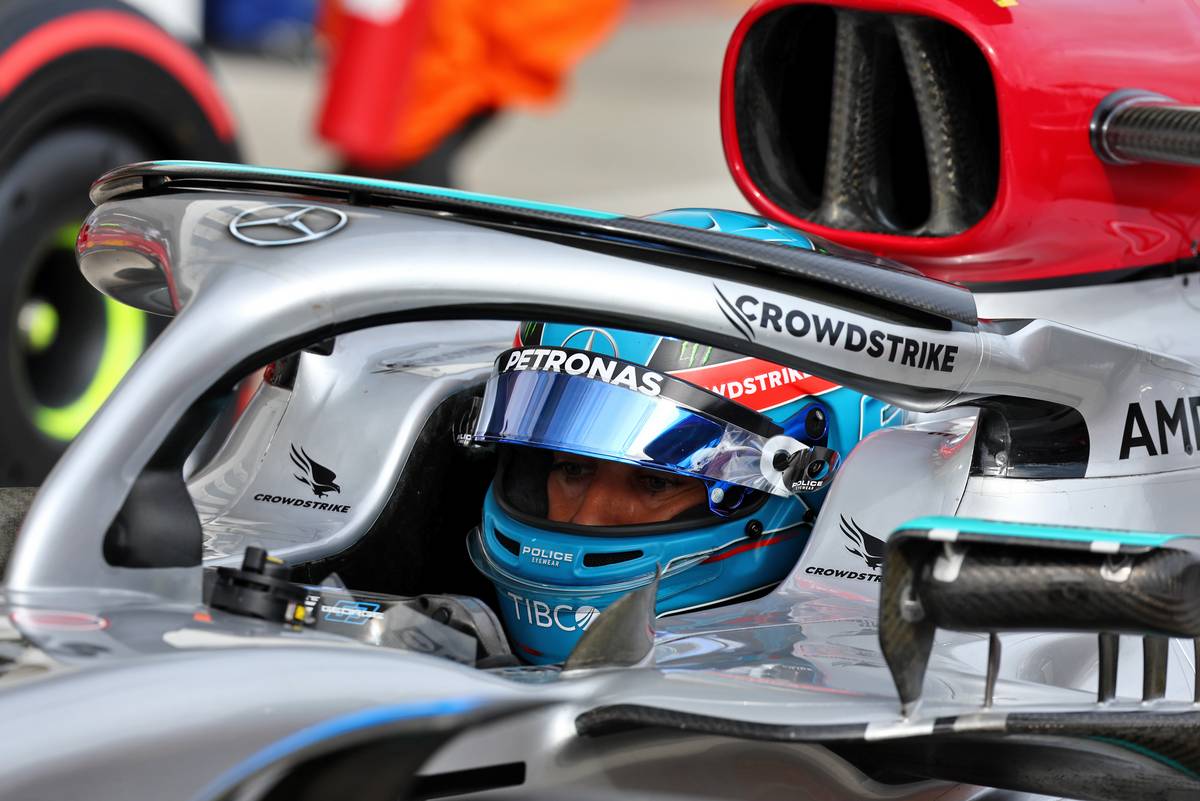 It was even sweeter for being so unexpected after Friday's frustrations. "Yesterday was probably our worst Friday of the season, and everybody last night was working so hard. We didn't really know what direction to go in.

"We need to look into it and understand where that came from today," he admitted. "There's a few ideas we had."

Although the Mercedes team was celebrating his success, Russell himself was quick to point out that it was tomorrow's race that was the most important thing.

"At the end of the day, there's no points for qualifying," he said. "We generally have good race pace, but the Ferraris looked very fast on Friday.

"We're going to be absolutely going for it, but either way, that was a pretty special day, no doubt."

Sainz convinced he had the pace to claim Hungary pole