Ferrari's Carlos Sainz insisted that he had the pace to win pole position for this weekend's Hungarian Grand Prix, despite missing out to Mercedes' George Russell in the final seconds of qualifying.

Sainz had laid down a formidable target with his first run in Q2, almost half a second clear of his team mate Charles Leclerc and the rest of the field.

But with the track improving after the earlier soaking had initially left it 'green', his rivals started clawing back the deficit leaving Sainz having to push hard on his final run to stay ahead.

“Today I felt like I had the pace to do the pole position," he insisted. "[But] it went away from us there in the last sector with a few snaps in the lap.

"Congratulations to George – he must have done a pretty good job in the Merc," he added.

"But we will race from P2 tomorrow," he continued. “I’ve been feeling better and better every race and every qualifying session. 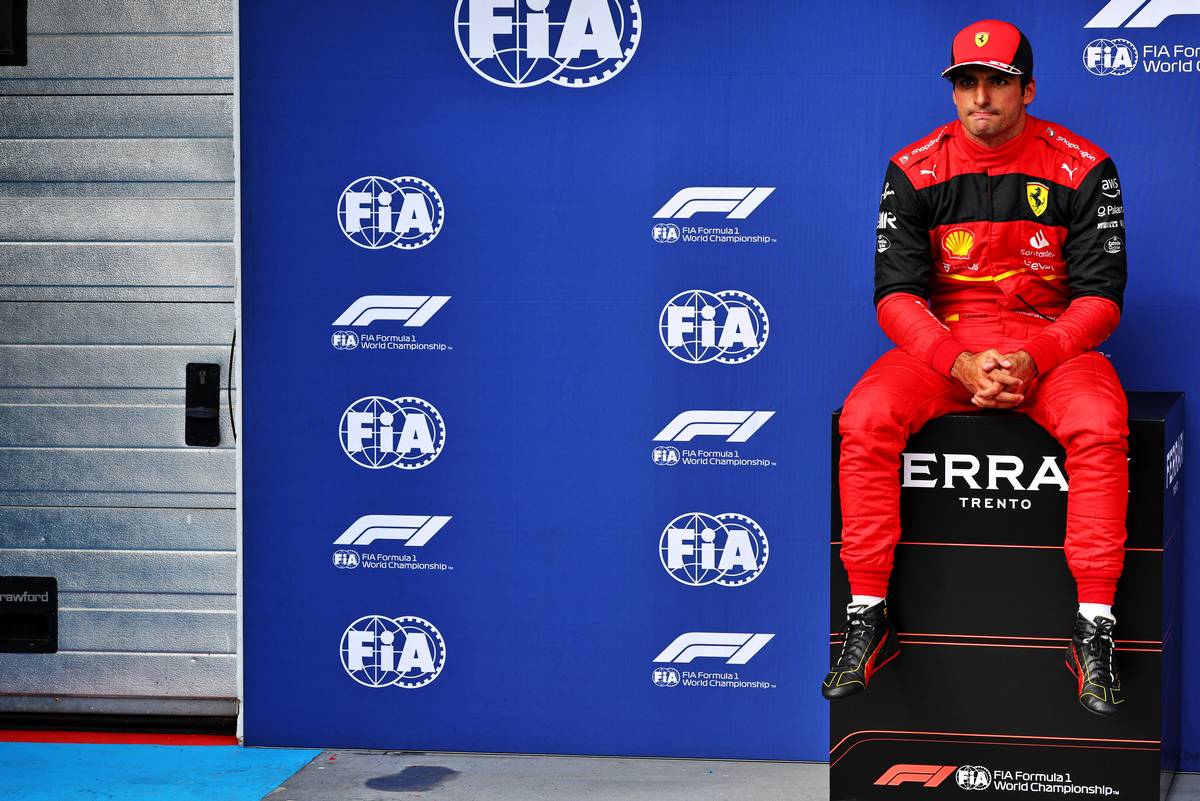 “I think we have the pace,” he said. "Obviously the start and the tyre management will play a key role, like always.

"The Mercedes pace is a bit of an unknown, and we will have to see how the race plays out tomorrow.

"If we can get them at the start then [all the] better, but I think it will be an exciting race.”

Sainz had started the weekend quickest in FP1 but had been pipped in the second Friday session by Leclerc, who was also second in Saturday morning's largely irrelevant rain-hit final practice.

But the Monegasque had to settle for third place on the second row for tomorrow's race, putting him alongside McLaren's Lando Norris.

But both Sainz and Leclerc will be boosted by a dire session for their Red Bull rivals, which saw Max Verstappen suffer a power unit issue at the end of qualifying leaving him starting tomorrow's race in P10 and Sergio Perez missing the cut at the end of Q2.

Red Bull currently has an 82 point lead over Ferrari in the constructors championship while Verstappen leads Leclerc in the drivers standings by 83 points.

Russell 'over the moon' after clinching career first pole in F1

Verstappen fears 'a tough one' after hard luck qualifying in Hungary