A well-balanced car is a drivers' prime asset when it comes to the Hungaroring's tight and twisty high downforce layout, but strong velocity down the venue's main straight also comes in handy.

Top speed will help set up an overtaking opportunity at Budapest's Turn 1, the only corner on the 15-turn, 4.381km track where a driver stands a reasonable chance of passing a rival.

But with so much more time to gain overall around the track's twisty section, especially in qualifying as grid position is paramount, aero configuration and set-up work is focused first and foremost on maximum downforce and balance.

Williams' drivers get bragging rights for breezing past the speed trap with a comfortable advantage, but the pair is unlikely to be a force to be reckoned with in race trim.

But the same can't be said of Saturday's shock poleman George Russell whose Mercedes was the fastest car on the straight along F1's front-runners, which should allow the Briton to protect his leading position in the early part of the race, and perhaps beyond, if he manages a clean launch off the grid.

Russell said after his qualifying exploit that he doubted he would be able to uphold his one-lap pace in race trim. But Mercedes team boss Toto Wolff is convinced that with flawless execution "We can win this!"

But then again, one can't discount the "Max factor"… 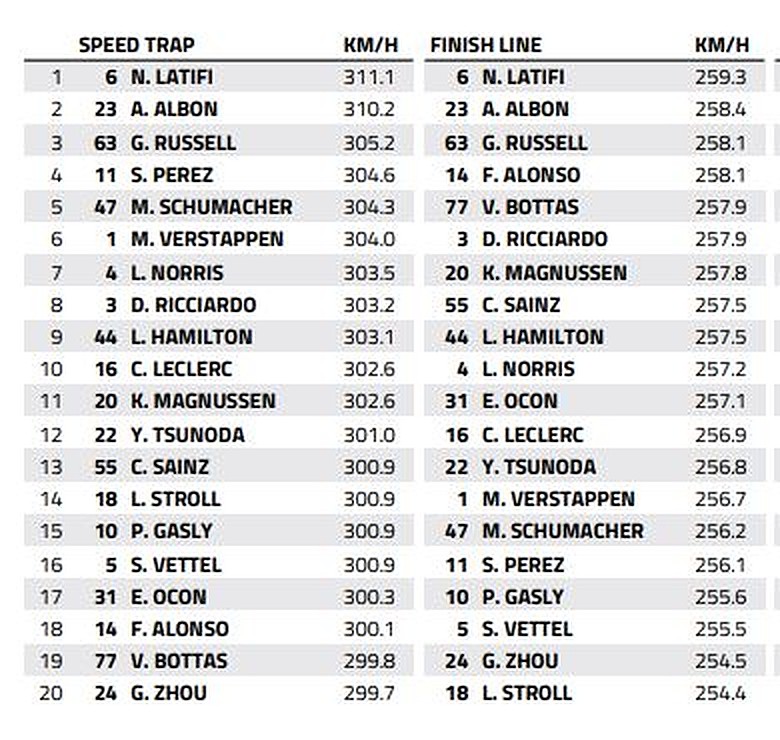