Lewis Hamilton felt certain that he had the speed to challenge for victory in the Hungarian Grand Prix today, if only he had been able to secure a better grid position in Saturday's compromised qualifying session.

Hamilton had suffered a late DRS failure in the final round which left him starting today's race from P7, while his Mercedes team mate George Russell had gone on to take a maiden pole position.

Although Hamilton immediately got the better of the two Alpines starting right ahead of him in the race, the time it took him working his way forward eventually left him too far off the victorious Max Verstappen to contend for victory.

“Great work lads, what a result for the team," Hamilton said over the team radio on his in-lap after the end of the race. "So happy for you all and so grateful to you all, would have had the pace to win it if we hadn’t had that DRS issue."

Moments later, talking to the media in parc ferme, Hamilton added: “With a bit of a better qualifying, [if] the DRS had been okay yesterday, we would have been in the run for the win. 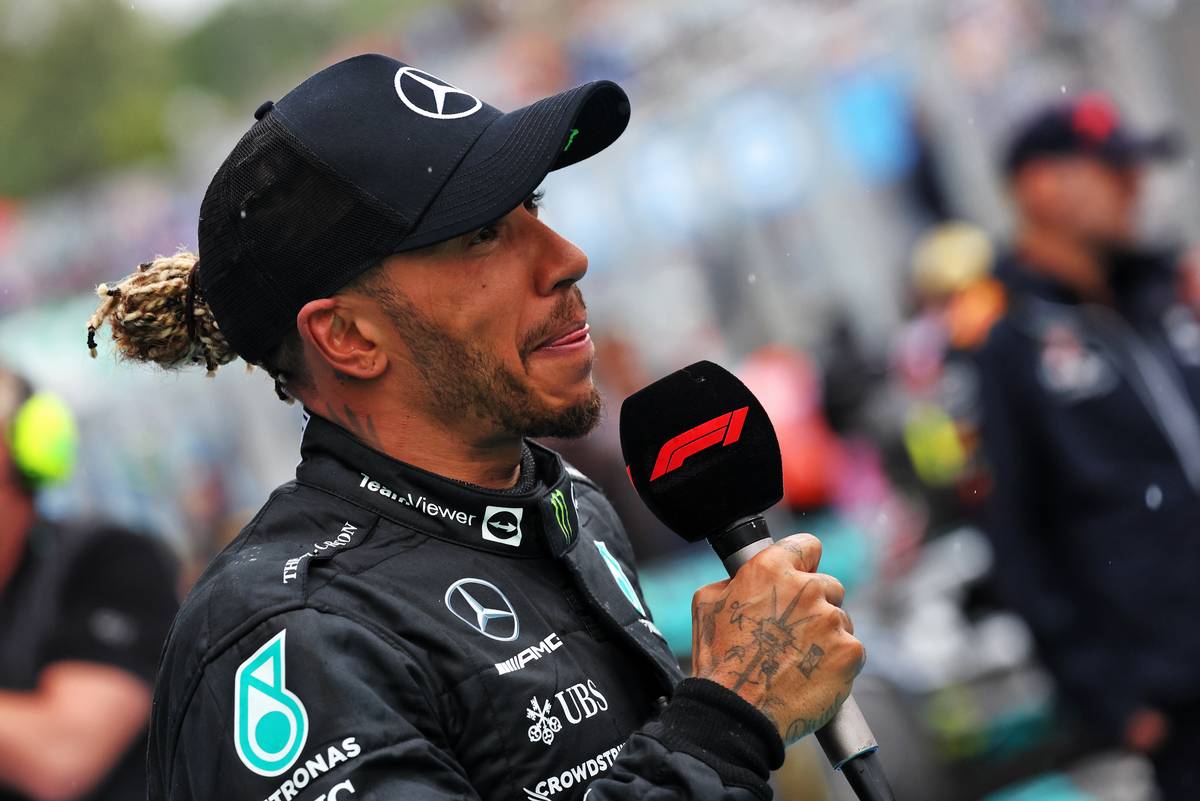 "For us to [get] both cars on the podium twice is pretty special for us," he said, adding it was a shame that Russell hadn't managed to convert pole position to a win. "Really unlucky for George today."

The success was even more remarkable given how poorly Mercedes had performed in practice on Friday. It had been warm and sunny on that day, and the weather had changed completely by Sunday when it was cool, windy and drizzling with rain.

"I honestly don't know," he said when asked where today's pace had come from. "I was definitely struggling at the beginning of the race and wasn't sure whether I'd be able to catch the guys up.

"But bit-by-bit got a bit more comfortable with the balance, had a really good start as well.

“I definitely think being a little bit cooler seemed to work a bit better for us," Hamilton acknowledged. “I can’t tell you exactly why, but grateful for it.

"I was hoping it would rain at the end so I could challenge Max, but we ran out of laps.” 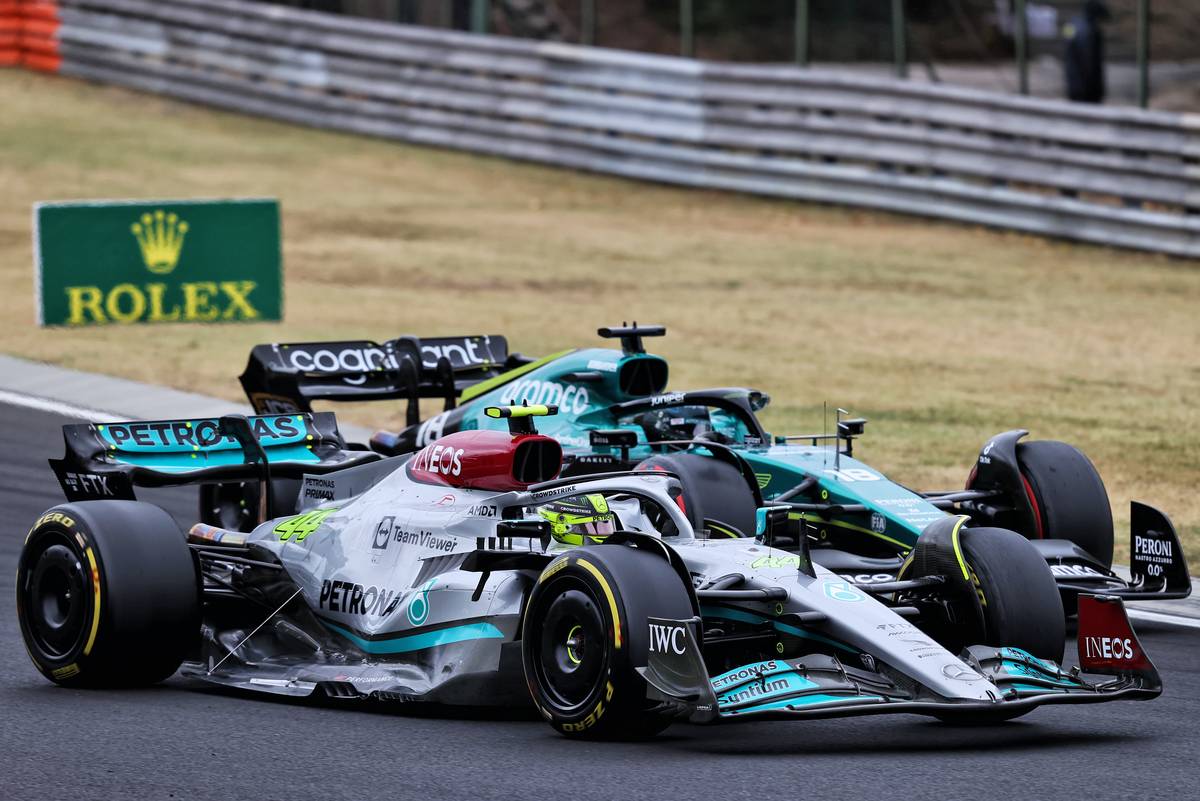 Despite picking up second place and an extra point for the fastest lap today, Hamilton remains down in sixth place in the drivers championship as a result of the team's torrid start to the season with problems related to 'porpoising'.

But he's only ten points behind Carlos Sainz in fifth and 12 behind Russell, with Sergio Perez and Charles Leclerc also within distance if the Mercedes resurgence continues after the summer break.

"The other guys still have a bit of an edge," he reflected. "But we're clearly closing the gap, and this is just an amazing way to go into the break, knowing that we have this performance.

"Hopefully we'll bring some more into the second part of the season and start fighting with the guys in front," he added.

Today's result means that Mercedes move to within 30 points of Ferrari in the constructors standings, although Red Bull's runaway romp at the top means they are almost 100 points clear of their rivals with nine races remaining in 2022.

Russell caught out by falling tyre temperatures in Hungary