FIA president Mohammed Ben Sulayem has confirmed that F1's updated 2023 technical regulations that aim to eradicate porpoising will be submitted this week to the governing body's World Motor Sport Council.

But the phenomenon was relatively widespread and concerns over driver safety compelled the FIA to intervene with a series of Technical Directives aimed at mitigating porpoising and flexi floors.

However, the implementation of the latter has been delayed until the Belgian Grand Prix at Spa later this month where the FIA's stewards will apply an Aerodynamic Oscillation Metric (AOM) devised to force teams to limit the bouncing and bottoming of their cars while a clampdown on flexi floors will also come into effect. 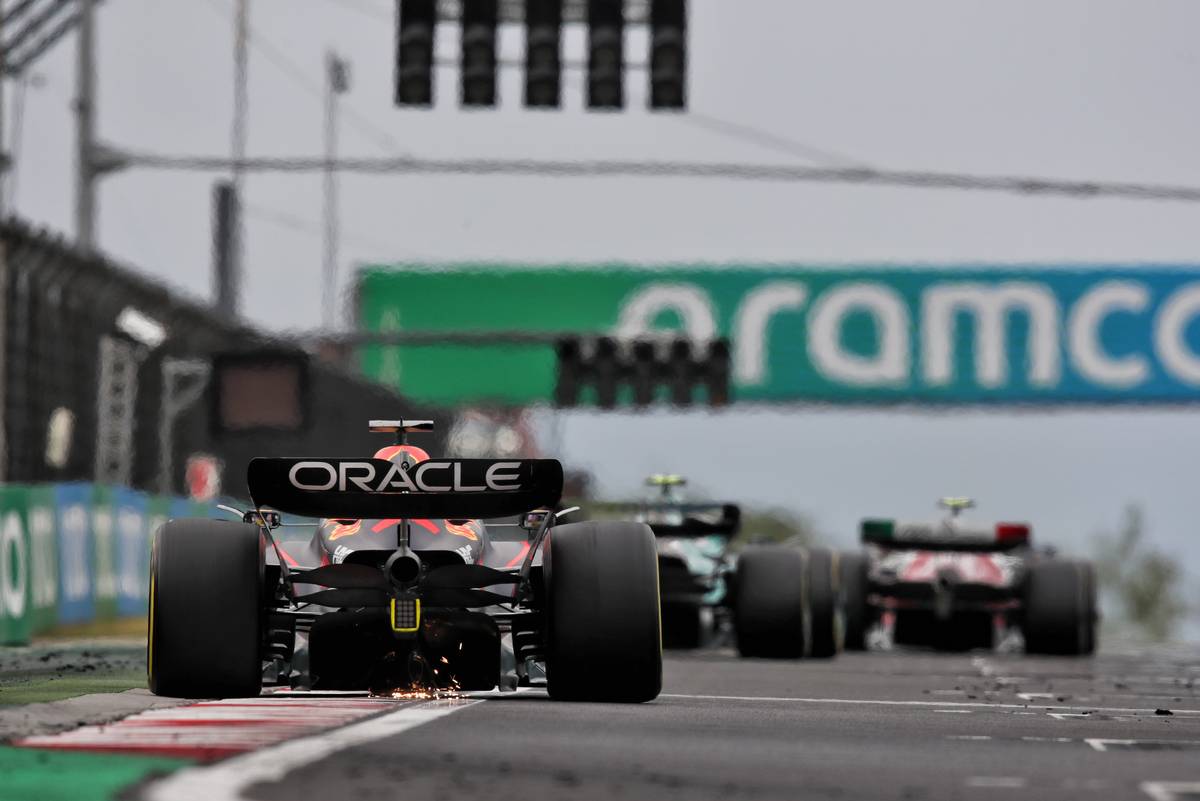 For next year, Formula 1's technical regulations will reportedly include a provision that will force teams to raise the floor edges of their designs by 15 mm, a compromise number apparently agreed by the teams and which is less that the FIA's original 25 mm recommendation.

"Having discussed the porpoising issue with all 20 F1 drivers & 10 team principals, I’m happy to confirm that we will be submitting updated 2023 Technical Regulations to the WMSC this week to address this, in addition to the measures already taken for the remainder of this season," stated Ben Sulayem in a message posted on Twitter.

Having discussed the porpoising issue with all 20 @F1 drivers & 10 team principals, I’m happy to confirm that we will be submitting updated 2023 Technical Regulations to the WMSC this week to address this, in addition to the measures already taken for the remainder of this season

Red Bull Racing, a team whose car has not been impacted by the porpoising phenomenon has strongly advocated against the regulation change, insisting that engineers are now in control of the bouncing and bottoming effect.

Changes, therefore, even on the grounds of safety, are no longer needed according to team boss Christian Horner.

"It’s a tricky one for the FIA, because where do you draw the line?" argued Horner. "While yes, there is a safety obligation of the FIA to look into it, where does that line stop?

"Do we need to seek permission to go from slicks to wet or wet to slicks? If we hit a kerb or not. You’ve just got to be very careful about the unintended consequences of these things.

"Of course, the caveat is safety and safety is of paramount importance to everybody – but it has to be taken into context," he added.

"I’d be far more concerned about the roll hoop on the Sauber, that’s needs looking at from a driver protection point of view, as opposed to, the bouncing or porpoising, as it’s become called, that we haven’t seen at recent races."

Over at Mercedes, where Lewis Hamilton and George Russell have been very vocal about the physical effects of porpoising, team boss Toto Wolff alluded to a medical report commissioned by the FIA describing the potential consequences of porpoising on drivers' health.

"The summary of the doctors is that frequency of 1-2Hz, sustained over a few minutes, can lead to brain damage," Wolff said. " We have 6-7Hz over several hours.

"So the answer is very easy: the FIA needs to do something about it."