Ferrari's Charles Leclerc and Carlos Sainz looked firmly in control of proceedings on Friday in a delayed second free practice session for the Dutch Grand Prix at Zandvoort.

Leclerc set the afternoon pace with a time of 1:12.345s, four thousandths quicker than his team mate, with Mercedes Lewis Hamilton and McLaren's Lando Norris the next-quickest drivers by the time the chequered flag made an appearance.

It was a subdued session for local favourite Max Verstappen, who started quickly but then slowly slid backwards as others improved and he did not, leaving the Red Bull in eighth and his team mate Sergio Perez outside the top ten. 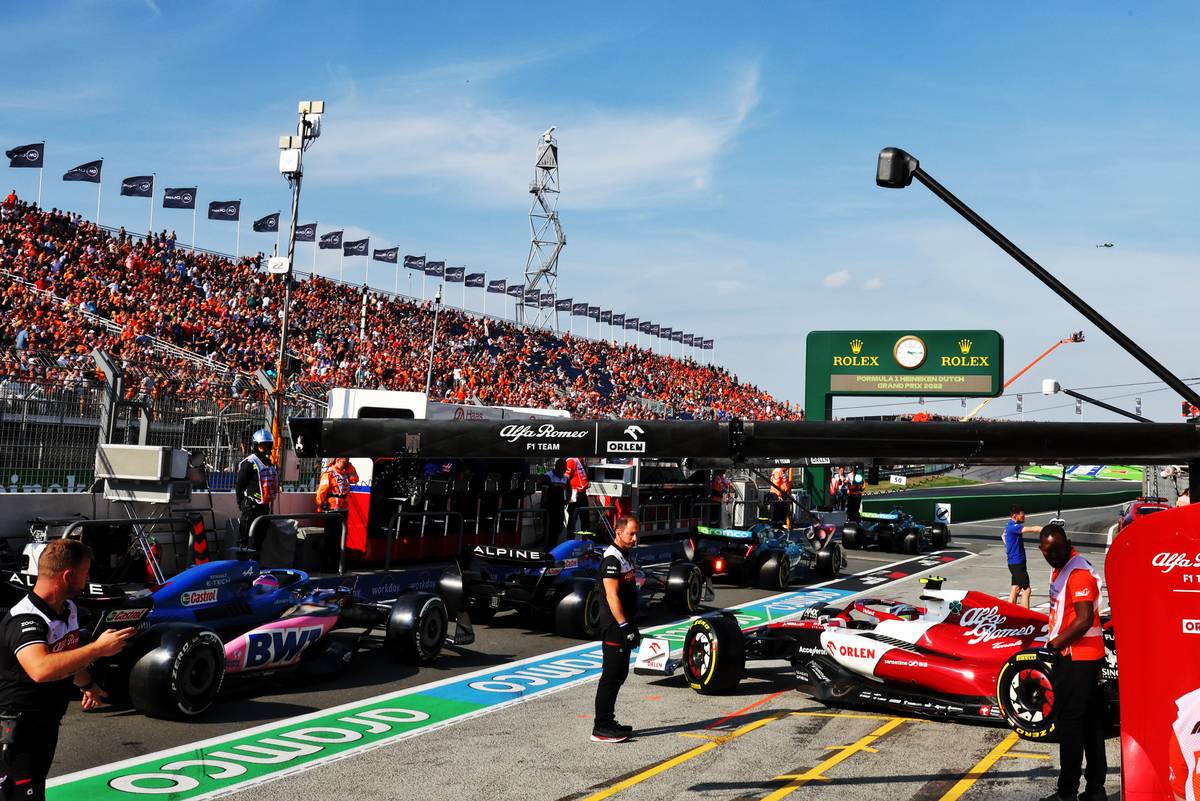 Friday afternoon at Zandvoort had turned out to be a lovely late summer day, with blue skies and just a touch of haze, and low humidity allowing temperatures to reach a very pleasant 27C (38C track) as the drivers reconvened for second practice. There was a short delay following a late red flag in the Formula 2 support race session, which allowed the paddock to absorb the breaking news of Oscar Piastri being confirmed at McLaren in 2023.

Some 15 minutes after the scheduled start time, the cars finally began streaming out of pit lane for the start of FP2 with the Aston Martins of Lance Stroll and Sebastian Vettel at the head of the line. Also quick to get going was Max Verstappen, the Red Bull team having completed a gearbox change to the the RB18 after the breakdown which cost Verstappen virtually all of the running time in first practice. The only man sitting out the start of this session was Pierre Gasly, who remained in the AlphaTauri garage while the mechanics worked on the rear left of the AT03, with suspected damage sustained in the first session.

To roars of approval from the predominantly orange-clad fans, Verstappen wasted no time in claiming the top spot on a time of 1:13.465s on soft tyres, with Carlos Sainz less than a tenth behind on mediums followed by his Ferrari team mate Charles Leclerc. Morning pace setter George Russell was fourth for Mercedes followed by McLaren's Lando Norris, and Lewis Hamilton was sixth but once again complaining of radio problems that had contributed to his summons to see the race stewards for impeding other drivers in FP1. 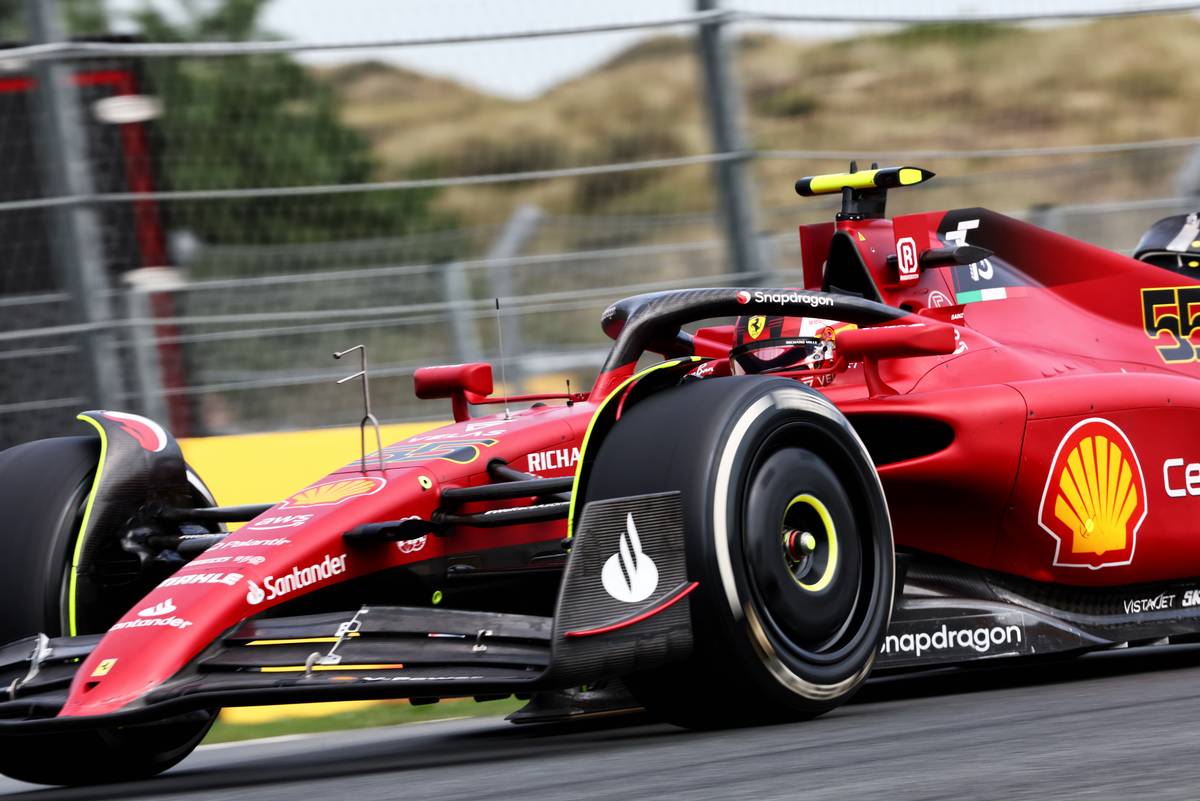 A little over ten minutes into the session, Sainz found some extra time to go top with a time of 1:13.412s with Leclerc soon squeezing into second ahead of the local hero. A move to soft tyres then enabled Williams' Alex Albon to bounce into fifth ahead of Norris and Hamilton. Sainz soon put clear air between himself and the rest of the field with the fastest time of the weekend, a lap of 1:12.349s with the Spaniard also now running on the soft tyres. Verstappen found a little more time in reply to retake second, but it was still almost seven tenths off the pace of the Ferrari.

Fernando Alonso had started the session quietly on the hard compound, but once everyone moved to soft tyres for qualifying runs he punched in the second best time so far, half a second off Sainz. Moments later Russell also found more time to displace Alonso, while Stroll was also looking swift as he eased into fourth ahead of Verstappen. Hamilton then used soft tyres to jump into second, with Esteban Ocon and Yuki Tsunoda also putting in good times to go ahead of Leclerc, who had dropped to eighth having abandoned his last flying lap on the mediums. However Leclerc's first run on the soft compound was fast enough to go to the top by four thousandths from his team mate at the halfway point of the 60 minute session.

Just a tenth of a second now covered the top four - Leclerc, Sainz, Hamilton and Norris - with Russell a couple of tenths further back in fourth followed by Stroll, Alonso, Verstappen, Ocon and Daniel Ricciardo. Drivers were now returning to the medium and hard tyres as attention turned to long distance runs, with the short seaside track strangely quiet for a spell. Gasly had finally joined the action, but now Ricciardo was stuck in the McLaren garage as the engineers tracked down a radiator oil leak at the back of the MCL36 that forced an early end to the Aussie's day. 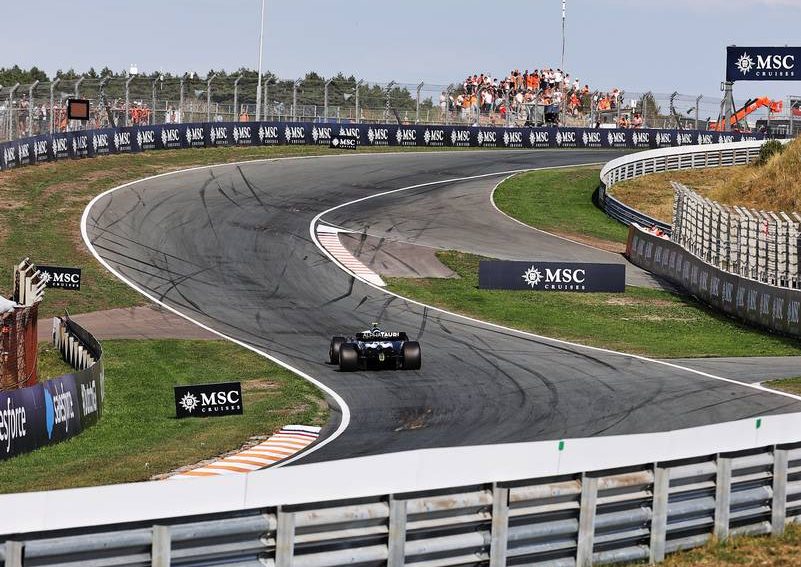 There had been few notable incidents up to this point but in the final quarter of an hour Verstappen had to catch a slide toward the gravel at the chicane. Then Tsunoda triggered a red flag by overcorrecting after the AlphaTauri twitched, spinning off as a result and becoming beached in the gravel at the exit of turn 9 but fortunately without making contact with the barrier.

Red Bull: Porsche must decide if they want to 'join our party' or not