We'll logically take this with a grain of salt, but Italy's La Gazetta has released a rendition on what they think Ferrari's 2017 war horse will look like.

There is absolutely no reason to believe the publication's reporters have had access to inside information or enjoy a source inside the Scuderia.

But the low-res drawings nevertheless reveal a few interesting details like a return of the shark fin engine cover, a Mercedes W07-inspired front wing and nose.

It's all probably just some intuitive and smart speculation, but until Ferrari's horse effectively prances out of its stable on February 24, it will remain mere conjecture. 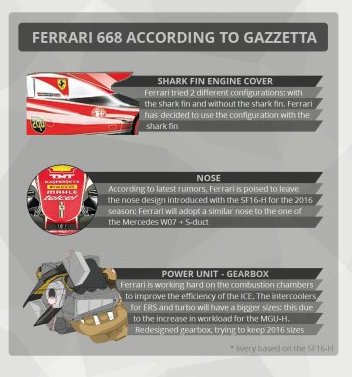 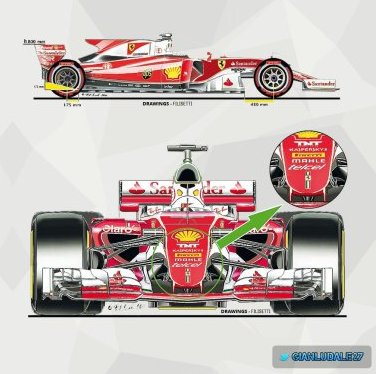