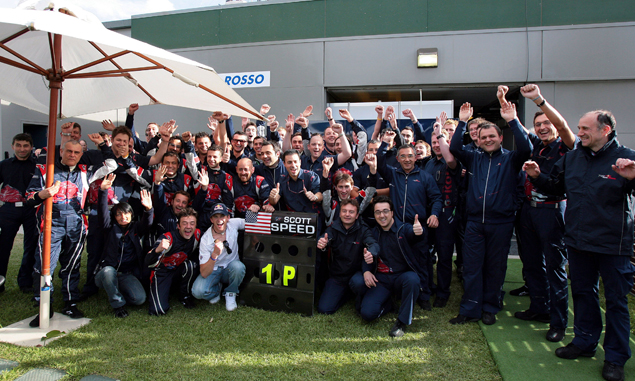 With Alexander Rossi set to make his F1 debut at Singapore this weekend, let’s look back at Scott Speed, the most recent American driver to have competed in the sport. Having finished an honorable, albeit distant third in the inaugural 2005 GP2 Series season, the Us racer was promoted to Toro Rosso the following year alongside Vitantonio Liuzzi.

Speed thought he had scored his maiden F1 point at only his third attempt when he finished eighth in the 2006 Australian Grand Prix (between 2003 and 2009 included, points were only awarded to the top eight drivers). But the Californian-born driver was then demoted to ninth for overtaking under yellow flags.

His relationship with the Faenza-based squad would eventually turn sour, and though he was re-signed for 2007, Speed was axed halfway through the season and replaced by BMW's third driver: a certain German rising star named Sebastian Vettel.

Not a total newbie