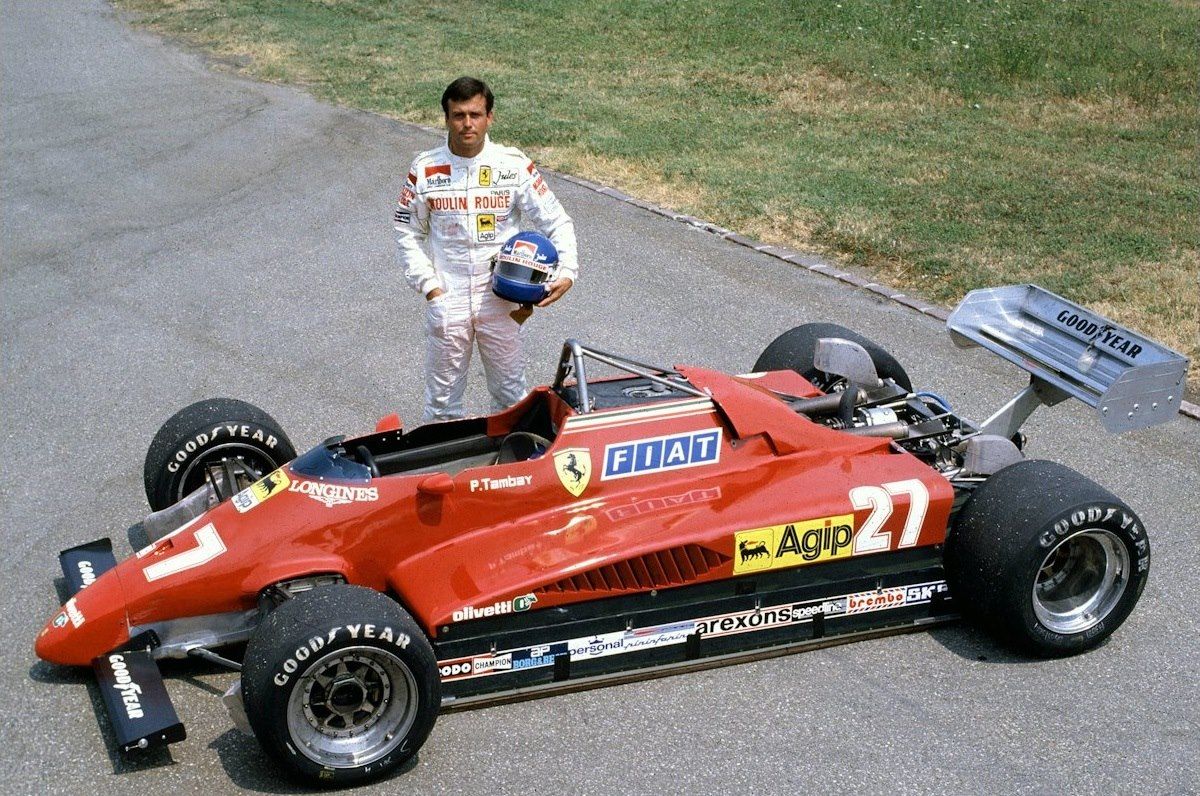 There's an old belief in motor racing that nice guys don't win races. Patrick Tambay, who turns 73-years-young on this day, is among those who belied that silly assumption during his career.

The Frenchman kicked off his F1 career in 1977 with Teddy Yip's Theodore Racing Ensign team. Tambay's presence in F1 spanned a decade as he raced for McLaren, Ligier, Renault and Haas.

But he enjoyed his glory days with Ferrari which he joined in 1982 following the death of his good friend Gilles Villeneuve, winning twice with the Scuderia.

One will admire in this picture the stunning beauty and relative simplicity of the 126C. A beast and a driver from a bygone era...