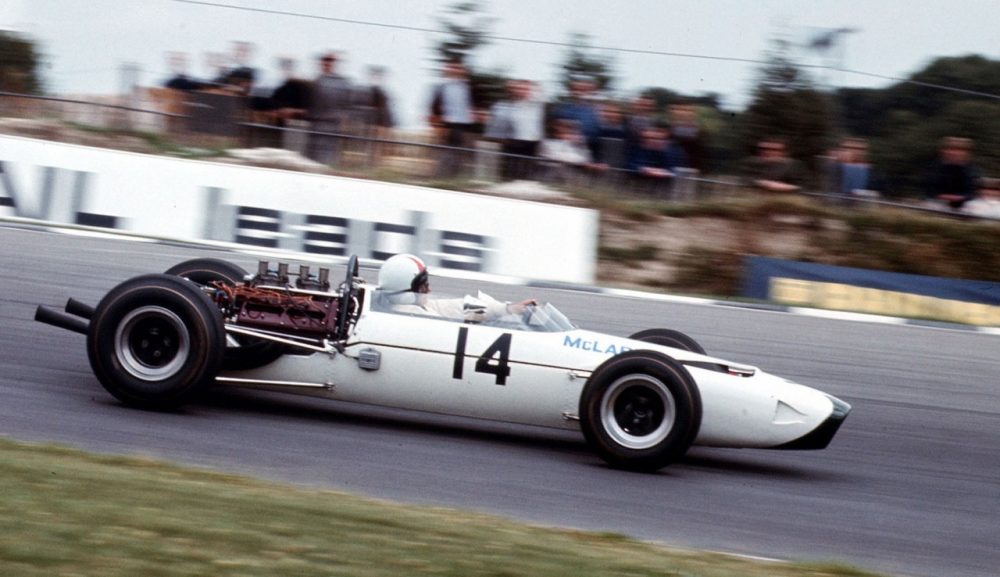 But don't let the picture here fool you. That's not Chris Amon behind the wheel of the McLaren M2B but founder Bruce McLaren himself.

After qualifying P16, the Kiwi survived a high rate of attrition to finish sixth in the Serenissima V8-powered McLaren.

So why was Bruce wearing a helmet which resembled that of his good friend Chris Amon?

Because the race was part of John Frankenheimer's footage destined to be included in his epic film 'Grand Prix'.

The McLaren was disguised as a Yamura, driven by the talented Pete Aron who borrowed Amon's helmet design.