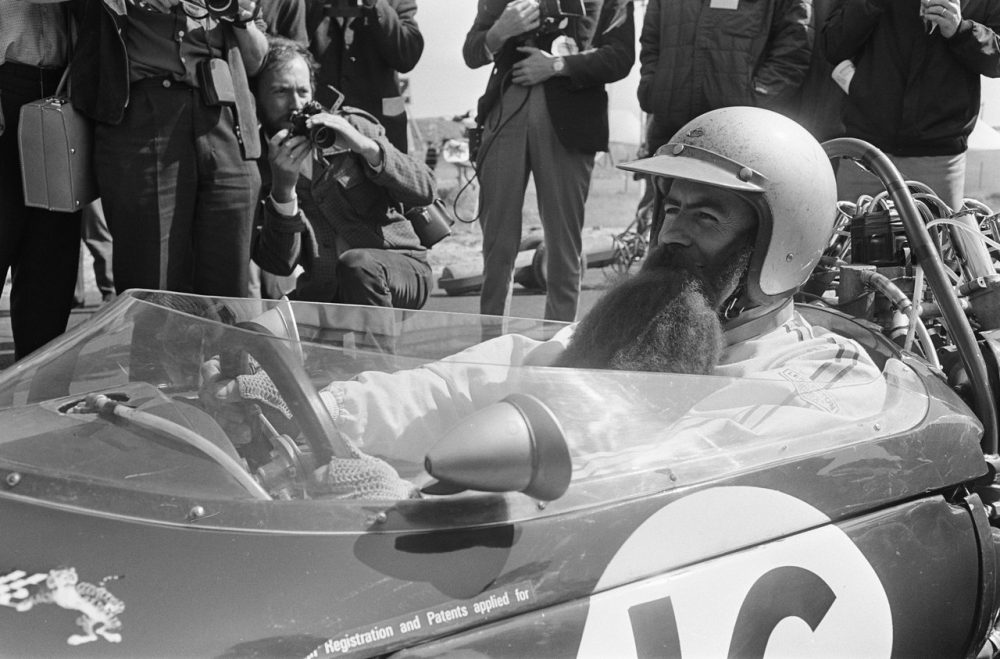 The Dutch Grand Prix at Zandvoort held on this day in 1966 was the scene of a memorable prank by F1's senior citizen at the time, one Jack Brabham.

Members of the media had mocked the Aussie earlier in the season, questioning his ability to challenge for the world championship at the ripe old age of 40.

On Sunday, when the time came for the drivers to join the grid, an ancient looking Brabham, leaning on a cane and wearing a false beard, limped painfully to his car!