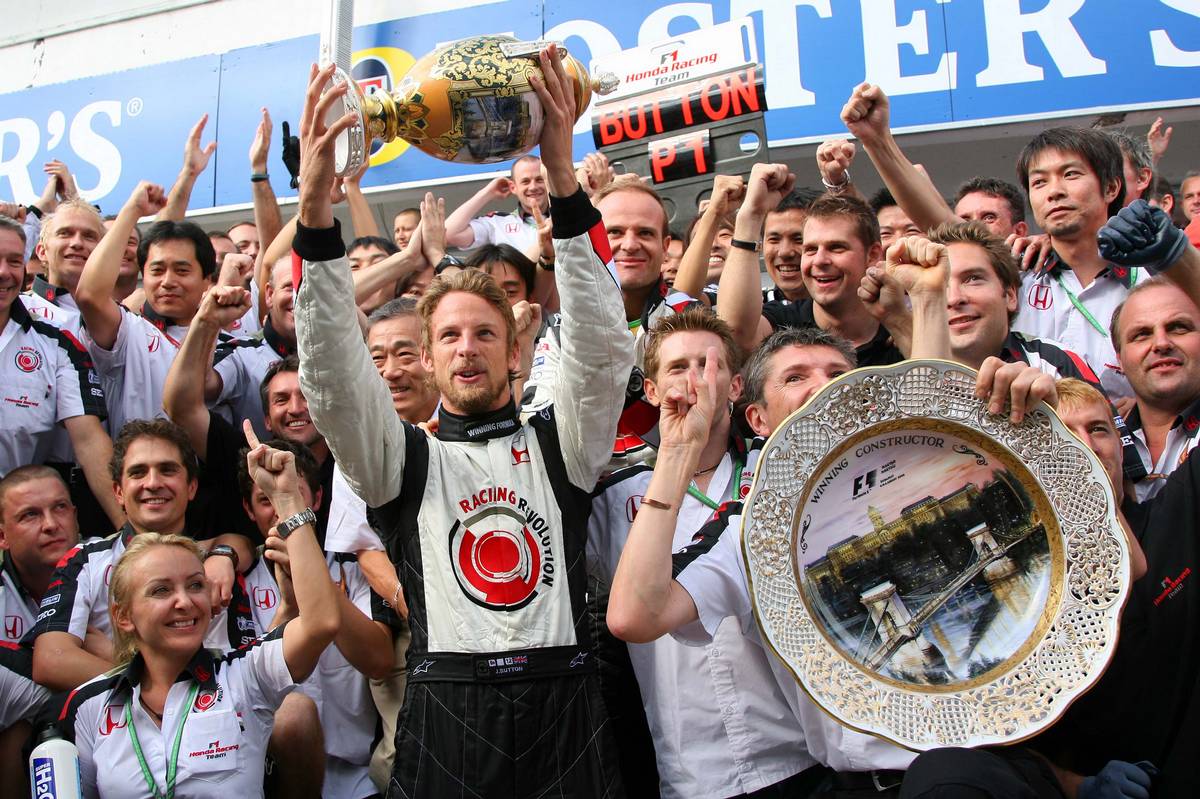 Jenson Button took the first win of his Formula 1 career on this day in 2006 after a chaotic Hungarian Grand Prix.

The Brit's win had been long-awaited - this was the 113th Grand Prix start of his career!

It was a race that established Button's credentials for outstanding performances in difficult conditions. He had qualified in 14th place in the Honda, but we weather and safety car periods allowed him to work his way up to second place.

Fernando Alonso was leading in the Renault by that time. However disaster struck on lap 51 when a loose wheel nut forced Alonso out. Button went on the win the race by half a minute from McLaren's Pedro de la Rosa and BMW Sauber's Nick Heidfeld.

Jenson Button would go on to claim 15 Grand Prix wins in 306 starts in total. That included six victories in the first seven outings of 2009 which propelled him to the world championship. He won the title by 11 points from Red Bull's Sebastian Vettel. 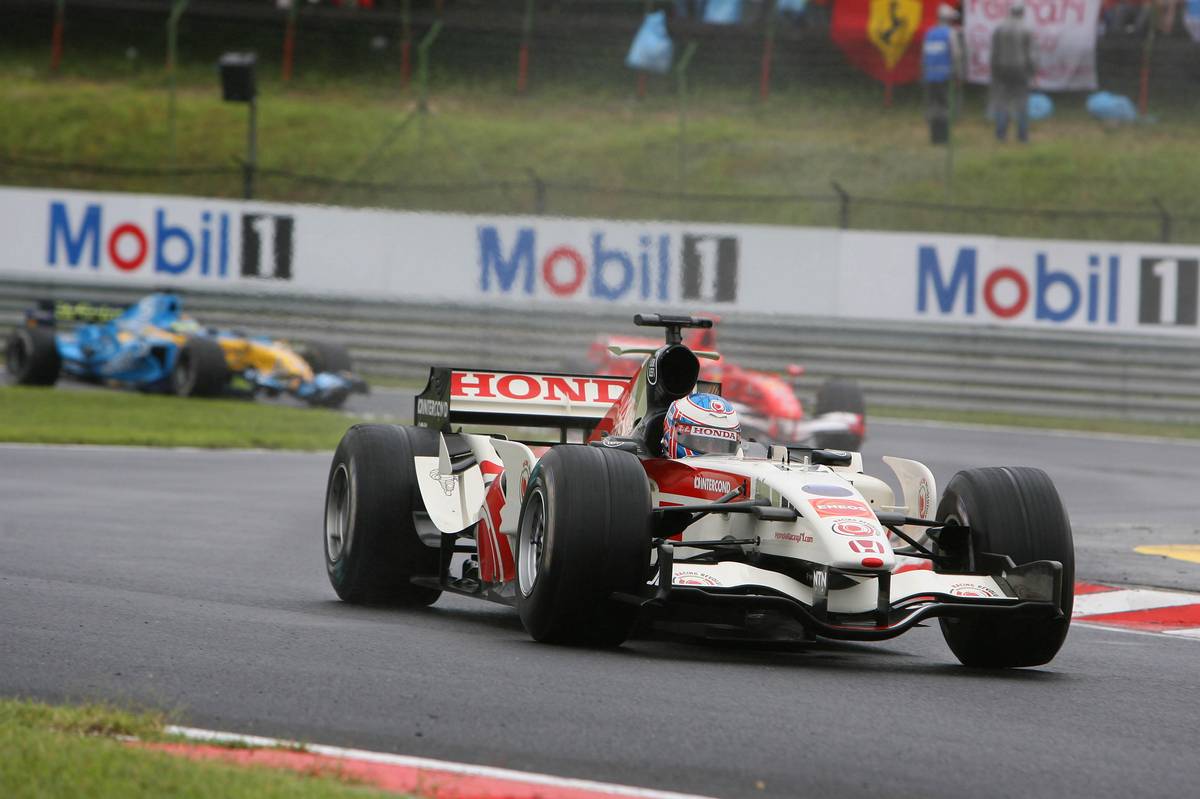