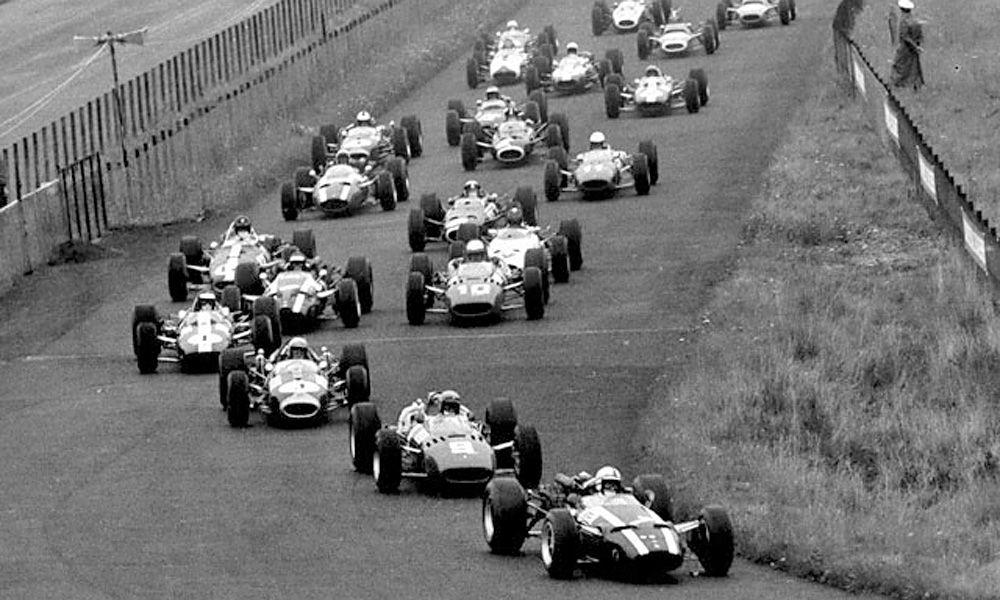 This day in 1966 saw a diverse set of cars and drivers populate the grid of the German Grand Prix held at the daunting Nürburgring.

Jim Clark was on pole position for Lotus ahead of John Surtees (Cooper) and Jackie Stewart (BRM). But further back down the grid were a group of entries that weren't even Formula 1 cars.

With only 19 entries in the F1 race (imagine so few...), organisers decided to run the Formula 2 race at the same time. It meant that Jacky Ickx started the race from 16th place as the de facto Formula 2 pole sitter.

Conditions for the race were wet and overcast, which perhaps contributed to a rare error from Clark who crashed out on lap 11.

That allowed Jack Brabham to take the lead having started from fifth place on the mixed grill grid, and after 15 laps of the 14-mile course he won by 44s from Surtees whose team mate Jochen Rindt beat BRM pair Graham Hill and Stewart to the podium. 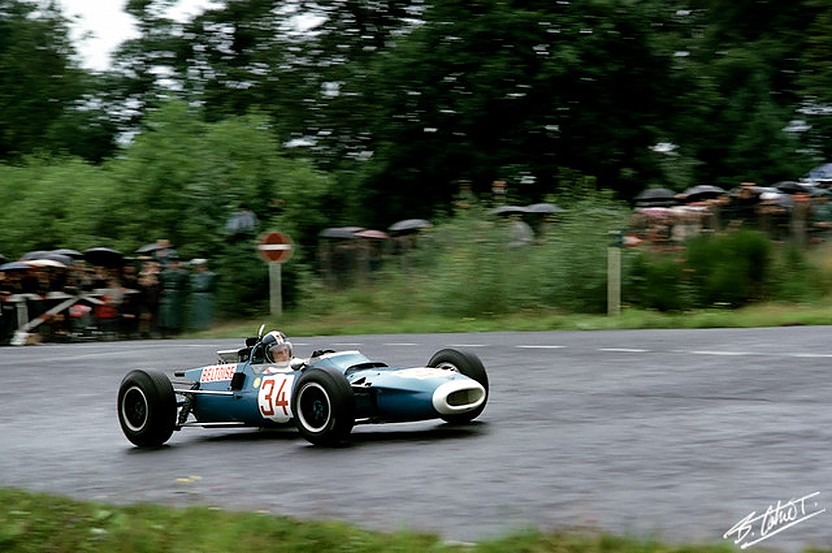 The F2 sub-race saw an all-Matra podium with Jean-Pierre Beltoise finishing in eighth place overall ahead of team mates Hubert Hahne and Jo Schlesser. The only other F2 finisher that day was Brabham's Hans Herrmann in 11th, while the final finisher in the race as a whole was Peter Arundell for Lotus in 12th.

Ickx had been involved in an accident with one of the Brabham F1 cars at the start. Sadly, British driver John Taylor suffered mortal wounds as a result of the collision when his car was sent spinning and burst into flames. He succumbed to his injuries and died one month later on September 8, aged just 33.