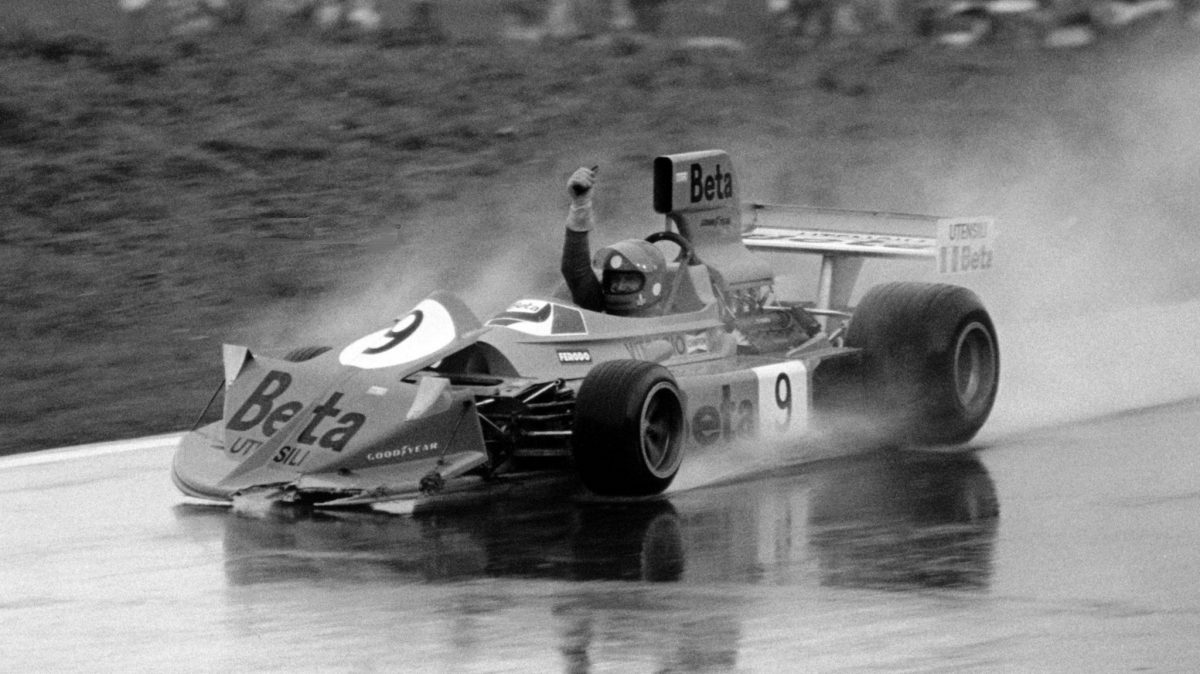 Vittorio Brambilla's single Grand Prix win, achieved on this day in 1975, was a unique feat in the history of F1, not least because he celebrated his triumph by crashing on the finish line.

Conditions at the Austrian GP that year were so appalling that organizers were implored by the teams to stop the race a little after the half-way mark.

Ferrari's Niki Lauda was an early leader but a battle behind between James Hunt's McLaren  and Brambilla's March eventually saw the Italian splash his way to victory in the shortened event.

Overcome with joy, the 'Monza Gorilla' as he was known, due to his often overly aggressive driving, threw his hands up in the air as he approached the checkered flag, and promptly lost control of his car and crashed into the pitwall!

Brambilla recovered and even managed a victory lap, the March's front end in tatters but its driver laughing in the rain! 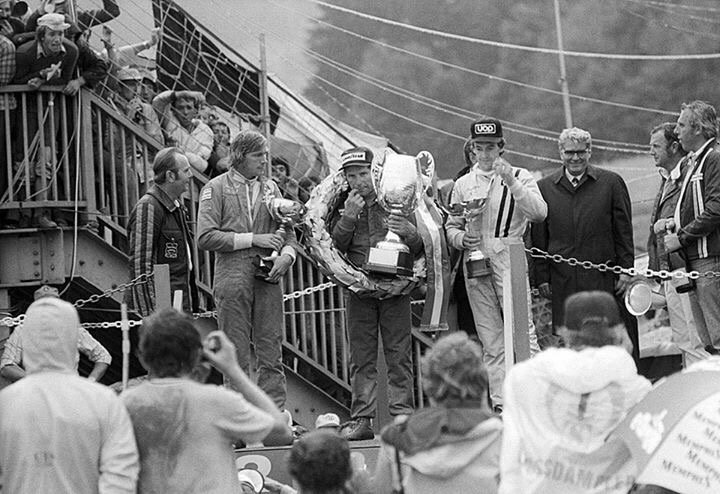