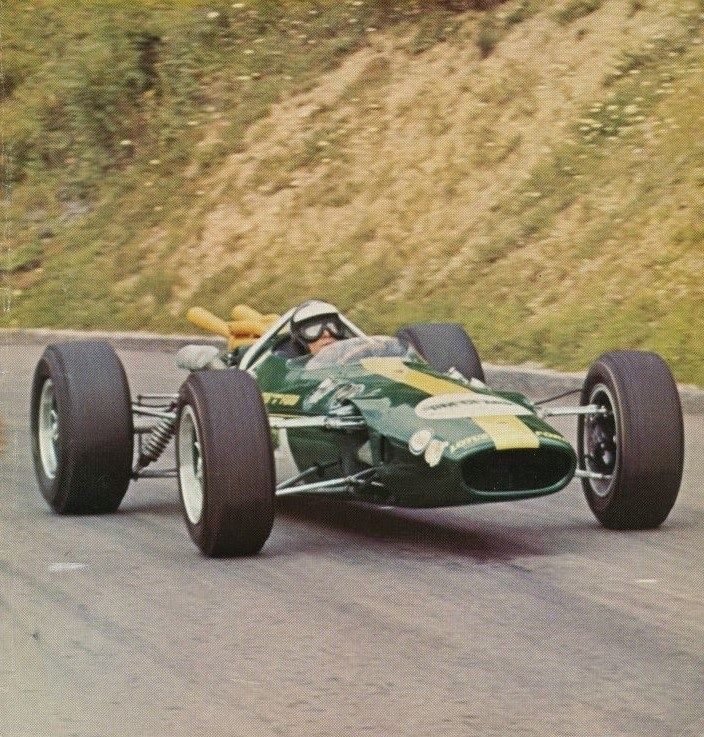 Up until 2017, when Zurich hosted a round of the Formula E series, motor racing was banned in Switzerland, a restriction imposed after the 1955 Le Mans tragedy.

However, while no circuit racing was allowed in the Swiss Confederation during this period, hill climbs continued to take place in the country, and Ollon-Villars was its most famous run-up-the-hill venue, and one which always attracted big names.

On this day in 1965, F1 legend Jimmy Clark tackled the scenic and twisty 4.9-mile climb, but the Scot failed to make much of an impression behind the wheel of his very unsuited and rather overpowered Indy-winning Lotus-Ford 38.

The car's cumbersome handling was complemented by a misfiring engine, both of which left Clark well down the order after his timed run.

However, the organizer's generous hand-out to the Scot for appearing at the event made the whole hassle well worth the trip!

'As cold as hard tyres in winter testing...'