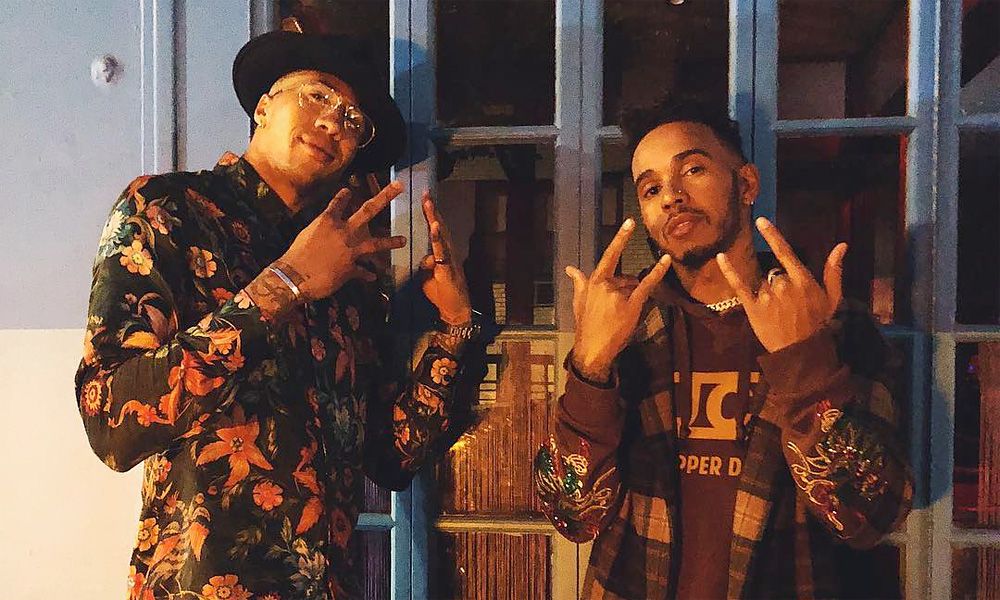 Lewis Hamilton has been in the United States this week, en route to Montreal for the 2018 Canadian Grand Prix which gets underway tomorrow.

Amid renewed rumours that Hamilton might quit Formula 1 after 2020 to focus on his budding music career, the 33-year-old is clearly looking the part in this latest picture on his Instagram account.

It's certainly a very different style he's sporting compared to those utilitarian fire suits he has to wear in his current day job. Having little-to-no fashion sense ourselves, F1i leaves any detailed critique to its vastly more street-cred readers!

Naturally, the reigning world champion wasn't short of a few friends when it came to taking a selfie or two. Here he is with Miles Chamley-Watson, an Olympic fencer who won bronze in the team event last year.

Despite competing for the US team, Chamley-Watson is actually a fellow Brit, having been born in London in 1989. He moved to the States when he was just six years old and now lives in Philadelphia, Pennsylvania.