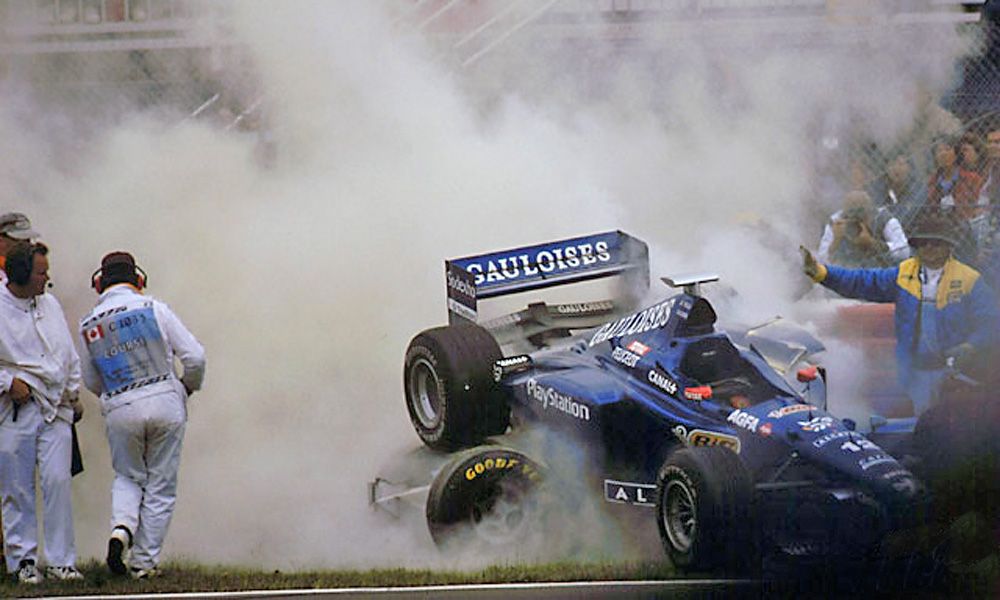 The Canadian Grand Prix held on this day in 1998 definitely didn't get off to the most auspicious of starts!

When the lights went out, Alexander Wurz tried an ambitious move on Sauber's Jean Alesi. Wurz' Benetton ended up somersaulting across the gravel trap in turn 1, with Alesi's team mate Johnny Herbert and Prost driver Jarno Trulli also getting caught up.

The race was red-flagged, allowing all four drivers to swap to their spare cars for the restart. However another accident promptly erupted, when Jordan's Ralf Schumacher spun and triggered mayhem behind him on the track.

In the mêlée, Trulli ended up mounting the back of Alesi's car, with the Prost's wheels only inches from Alesi's head. No one was injured, but this time both men were very definitely out of the race.

The incident was managed under a safety car. Pole sitter David Coulthard was leading from Ferrari's Michael Schumacher, but the McLaren ended up retiring from the race with a throttle issue after 18 laps. His team mate Mika Hakkinen was also out of the race with gearbox problems.

That left Michael Schumacher with a comfortable Sunday afternoon drive at the Circuit Gilles Villeneuve. He won the race by over 16 seconds from Benetton's Giancarlos Fisichella. Eddie Irvine finished in third place in the second Ferrari.

After all that first lap mayhem, only ten drivers were classified as finishers in Montreal in 1998. Johnny Herbert had spun off in the Sauber on lap 18, while Damon Hill retired with an electrical issue on his Jordan after 42 laps.

Reigning champion and local hero Jacques Villeneuve was classified in last place in the Williams. He was six laps down after being rear-ended by a Minardi. 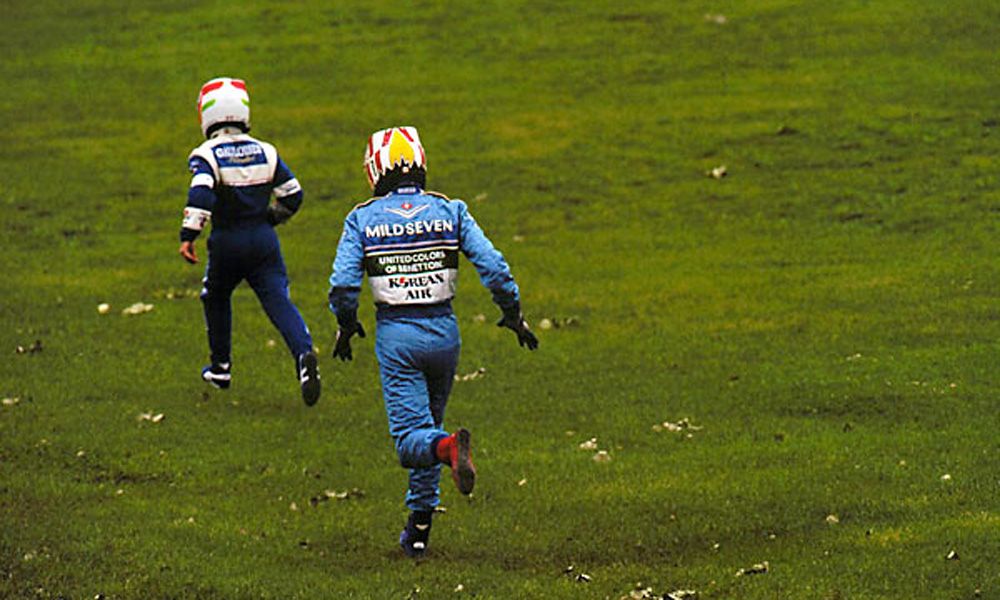 E-hiking up the hill to Zurich

Hamilton heading to the 'hood in style!