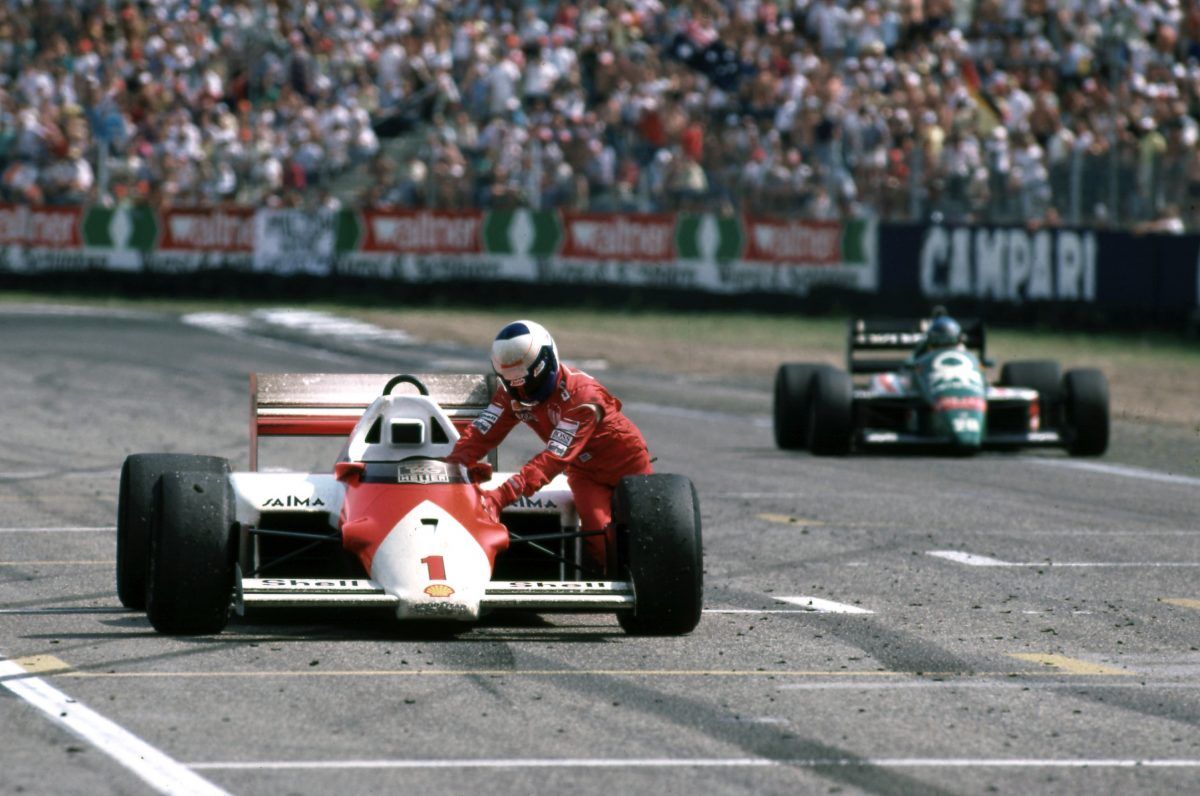 On this day in 1986, McLaren's Alain Prost secured a sixth-place finish and a vital championship point by pushing his car across the finish line at the German Grand Prix.

The closing stages of the race at Hockenheim turned into an economy run for the front-runners, among whom was Prost's team mate Keke Rosberg.

The Finn pulled out of the lead on the penultimate lap, his fuel having vanished. Prost, who had also gone into economy mode, found himself fourth until his car was starved of energy at the last corner.

The Frenchman promptly climbed out of his MP4/2C and pushed his car to the finish, ultimately salvaging sixth in a race won by Williams' Nelson Piquet, the Brazilian also swerving back and forth on to the main straight as he successfully pumped the last drop of fuel into his engine.