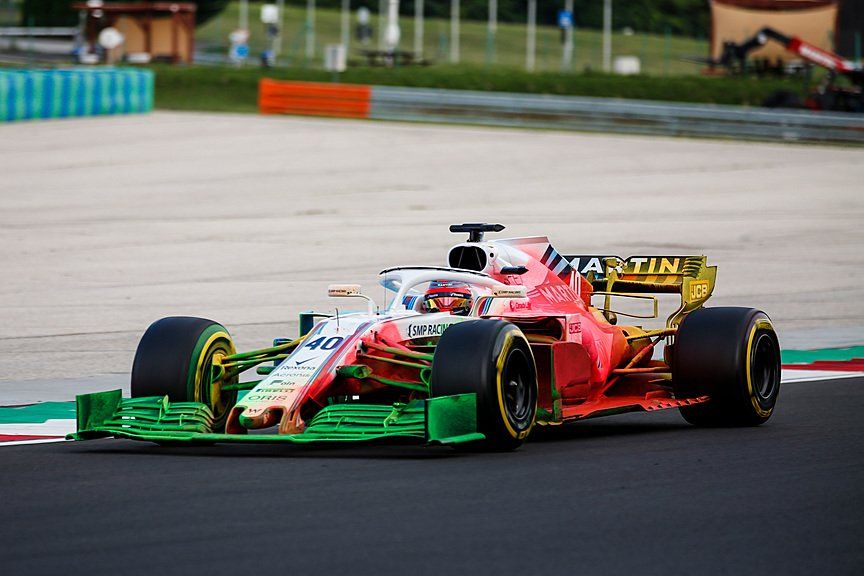 A flo-viz maculated Williams' FW41 - with Robert Kubica behind the wheel - looked like a tribute to an 80s Benetton yesterday during the final day of in-season testing at the Hungaroring.

Teams use flow visualization paint, sprayed on a car in specific areas, to reveal aerodynamic flows and details such as direction and attached/non-attached air flow.

Williams was running a 2019-spec front wing, so the car was abundantly sprayed with different colors to help its engineers get a grasp on the aero effect of the new appendage.

There's one drawback however associated with 'flo-viz': the massive clean-up job that remains to be done at the end of a run!

Brooks wins first and only German GP at AVUS