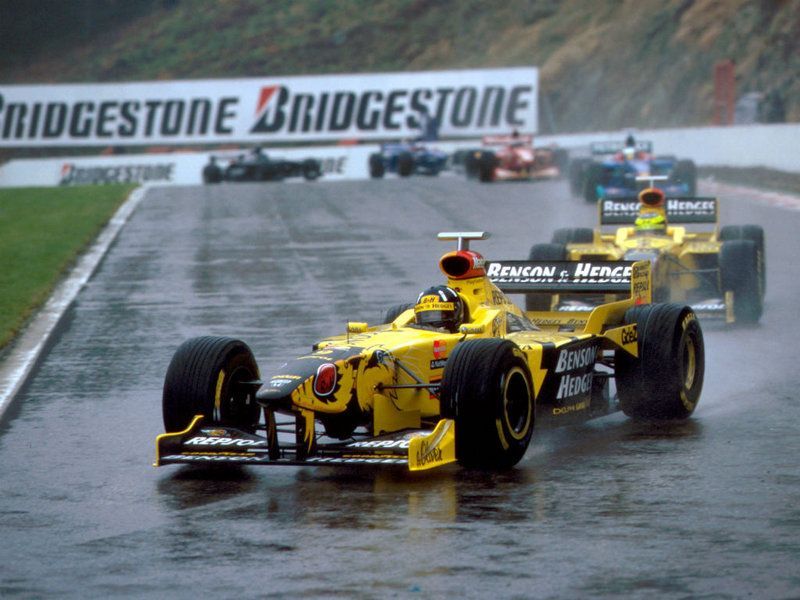 On this day in 1998, the Belgian Grand Prix started with the biggest pile-up in the history of F1 and ended with a wet underdog lapping up the win.

The sequence of events included David Coulthard's McLaren losing it on the run down to Eau Rouge in the rain, plowing into the barriers and then collecting an additional twelve cars!

Everyone naturally exerted caution on the restart, allowing Damon Hill to steer his Jordan into the lead, until rain master Michael Schumacher put himself in gear and took command.

The German looked all set for a classic Schumi win until he stumbled upon a lagging Coulthard on the run down to Pouhon, slamming into the back of the Scot and then following him back to the pits ready to take justice into his own hands in the McLaren garage.

Meanwhile, Hill was back in charge, but following a Safety Car intervention, the 1996 world champion was forced to contend with Jordan team mate Ralf Schumacher.

Hill spelled it out to his team over the radio in unequivocal terms.

There's always a need for speed for Hamilton

How did Schumacher react to Hakkinen's famous pass at Spa in 2000?