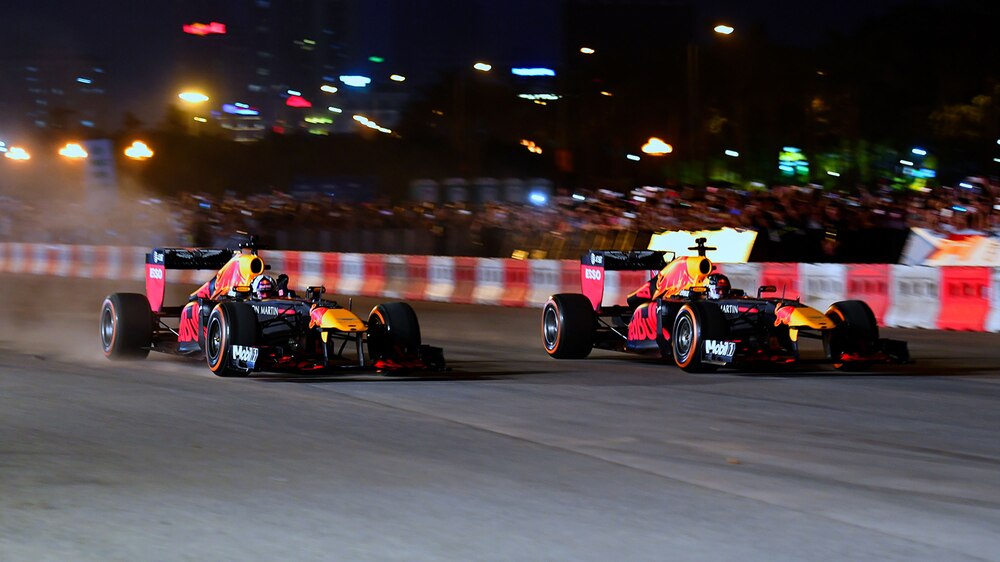 With just twelve months to go before its lights out for the Vietnam Grand Prix, Red Bull powered up a couple of raging bulls in Hanoi on Saturday. 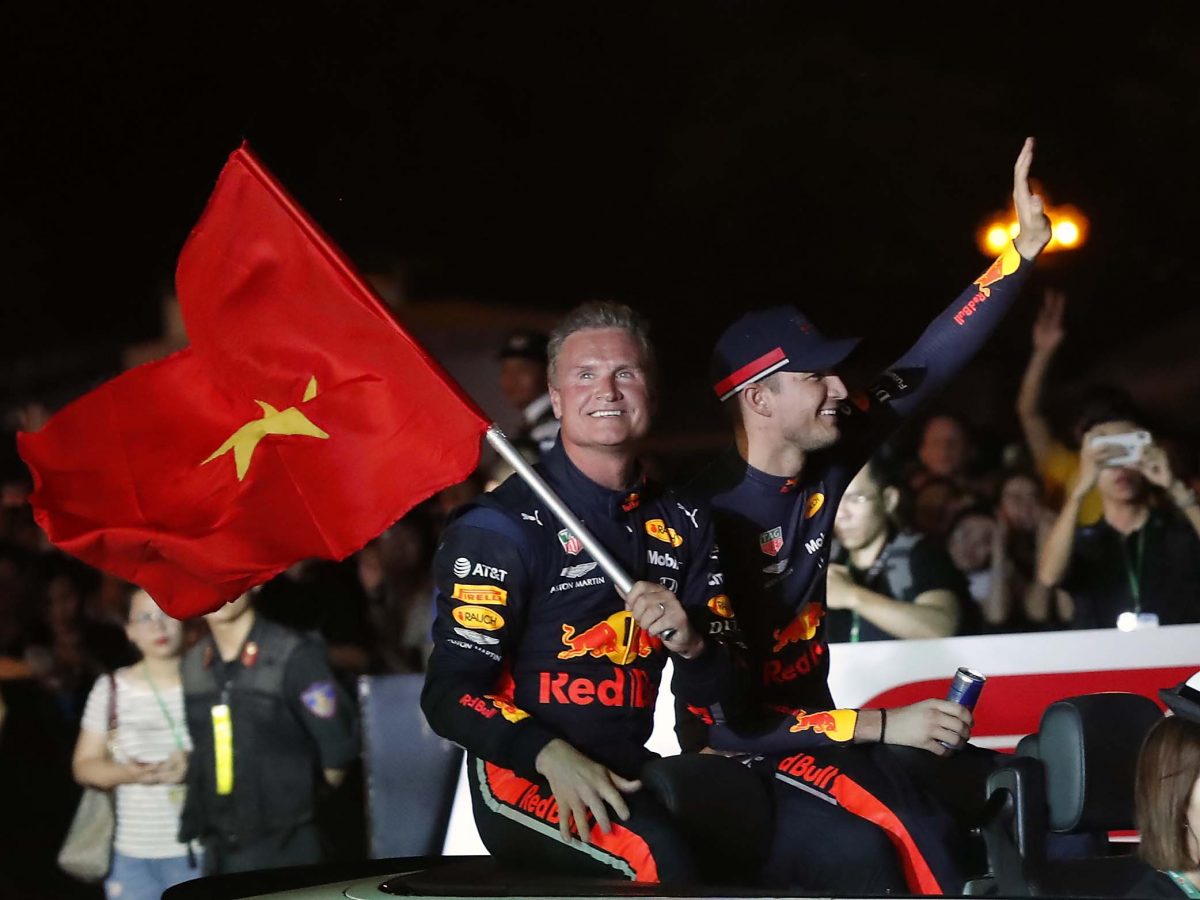 Donuts were in order for dessert with both drivers signing off in the stadium in a cloud of tyre smoke before famous DJ Armin Van Buuren continued the night's celebrations.

"It’s great to have the opportunity to drive the RB7 again and to see the energy of the crowd," smiled Coulthard.

"It was pretty hot and heavy out there and I think they’re well warmed up for Armin Van Buuren’s DJ set. After our efforts on track, he’ll now show them how Formula 1 likes to party!"