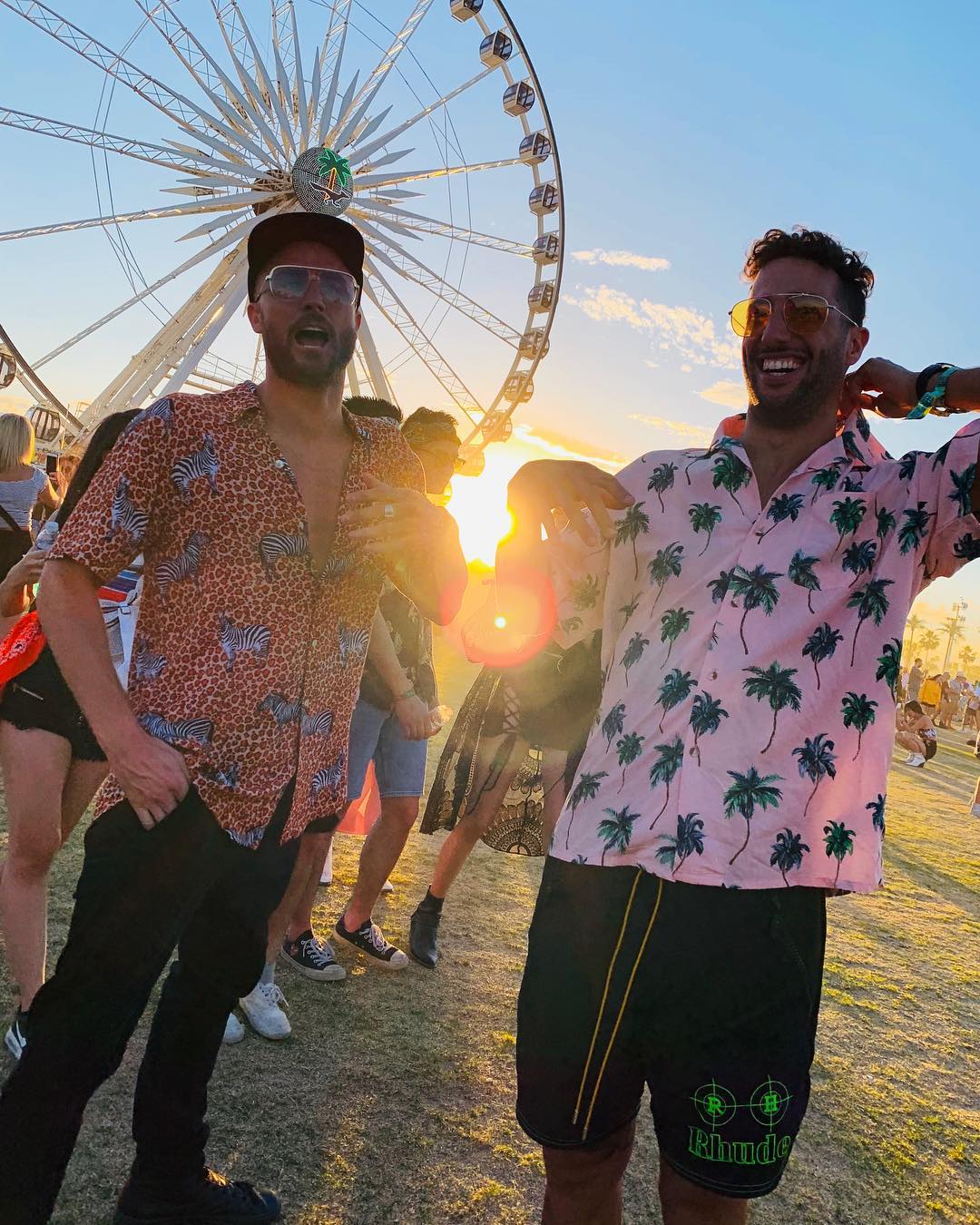 After scoring his first points of the season In China and before he rejoins the grind in Azerbaijan, Daniel Ricciardo made a pit stop at the Coachella music festival.

As the Renault driver joined in on the fun at the famous annual music extravaganza in California, he checked in on fellow Aussie pro-surfer-turned-musician DJ Fisher before the latter's Saturday night set.

"Happy Easter from two Aussies and a Ferris wheel," Ricciardo posted on Instagram.

Baku now beckons for Danny Ric, where the 29-year-old will be hoping for more than a high-profile crash with his team mate like the incident that marred his last trip to Azerbaijan.

Bulls burn rubber and rock the crowd in Hanoi!

Daly ready to fly with the USAF at Indy