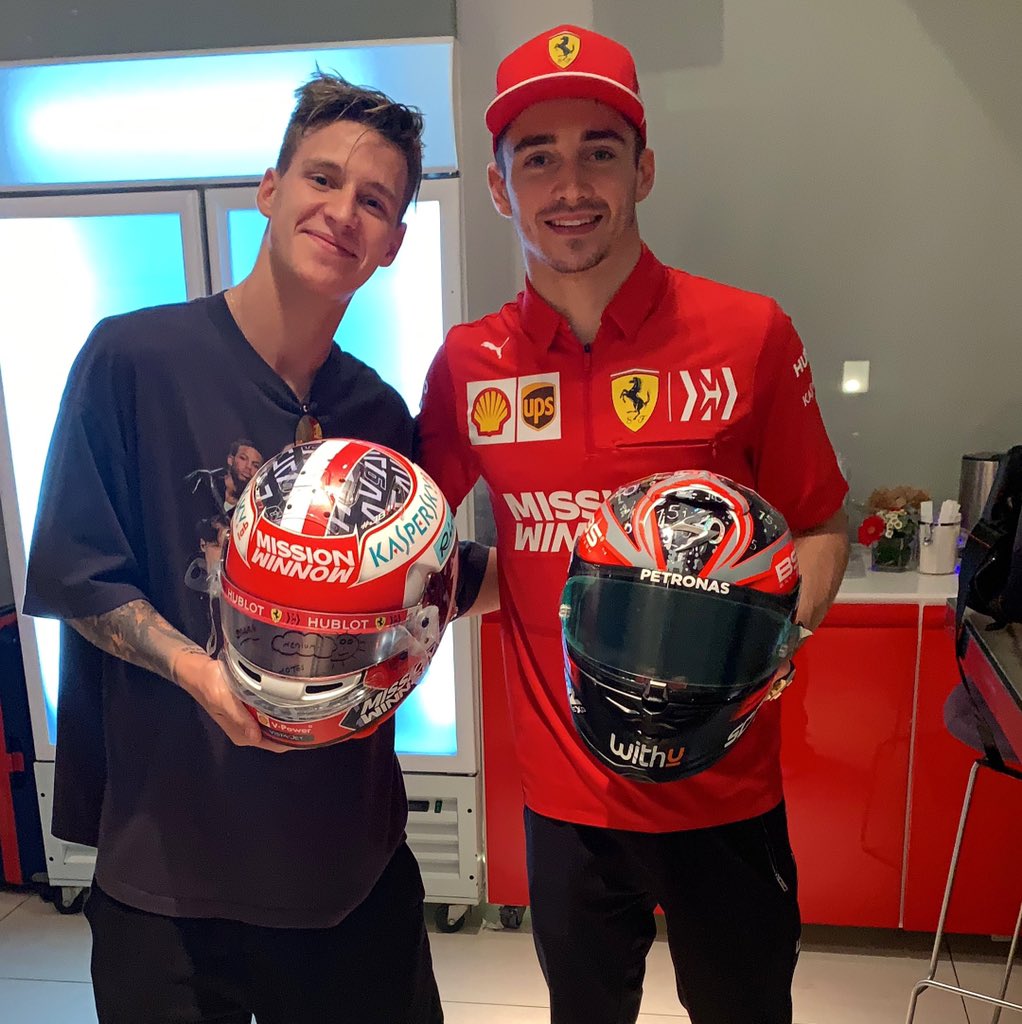 Lewis Hamilton and Valentino Rossi will be swapping their racing machines next week in Valencia, but this week Charles Leclerc and Petronas Yamaha MotoGP racer Fabio Quartararo went for a simple helmet exchange.

Like Leclerc, Quartararo enjoyed a mercurial rise through the ranks, and like the Ferrari driver, the 20-year-old has been tipped for stardom.

At this year's Spanish GP, the French rider became the youngest ever poleman in MotoGP, a record previously held by Marc Marquez in 2013.

Overall, Quartararo has achieved 6 poles and 7 podiums in MotoGP, so that maiden MotoGP win will be waiting in 2020.

The day Uncle Ken bowed out of F1