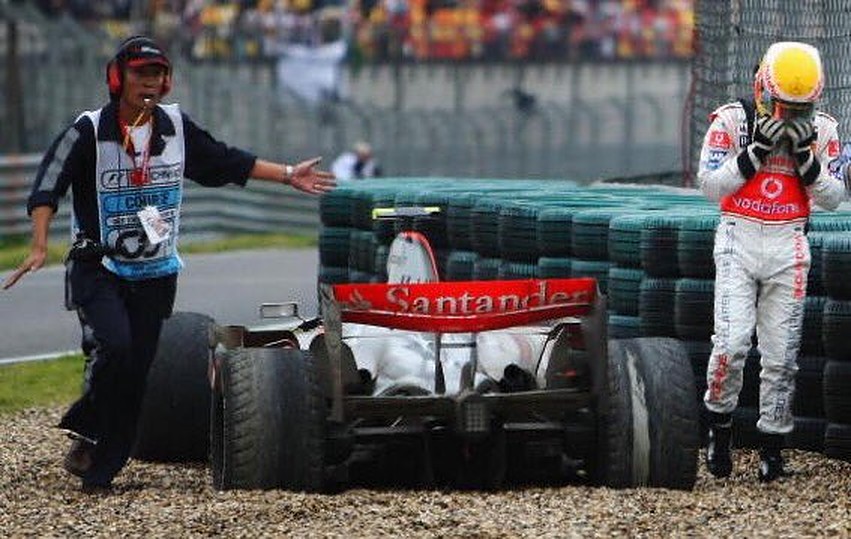 On this day in 2007, Lewis Hamilton - in his maiden season in F1 - was on course to putting the title out of reach of his rivals in the penultimate round of the world championship in China.

Ferrari's Kimi Raikkonen picked up where Hamilton left off and won the race, setting up a title showdown in Brazil that the Finn would also ultimately win.