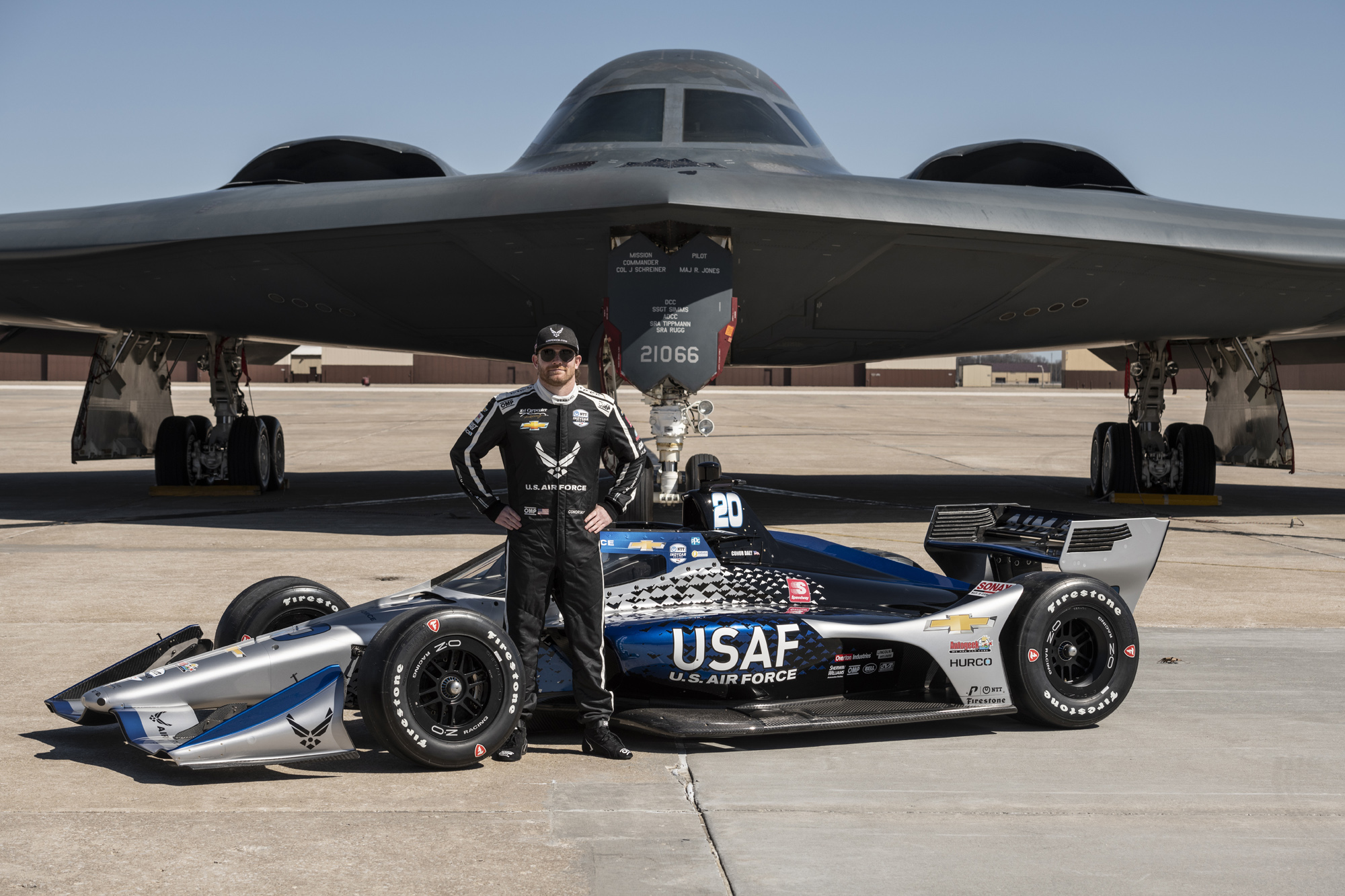 Ed Carpenter Racing's Conor Daly will once again rely on the full might of the U.S. Air Force this season as his sponsor in the NTT IndyCar Series.

The 29-year-old son of former F1 driver Derek Daly is continuing his partnership with the U.S. Air Force that started at the Indy 500 in 2018.

This year's design on the #20 Chevrolet-powered charger celebrates in spectacular fashion USAF's notorious B-2 Stealth Bomber, and a select group of Airmen from the 509th Bomb Wing based at Whiteman Air Force base in Missouri was the first to discover Daly's new livery.

The formidable B-2 heavy strategic bomber is renowned for its low observable stealth technology designed for penetrating dense anti-aircraft defenses.

But Daly is determined to make sure that he won't be flying under the radar this season in IndyCar.