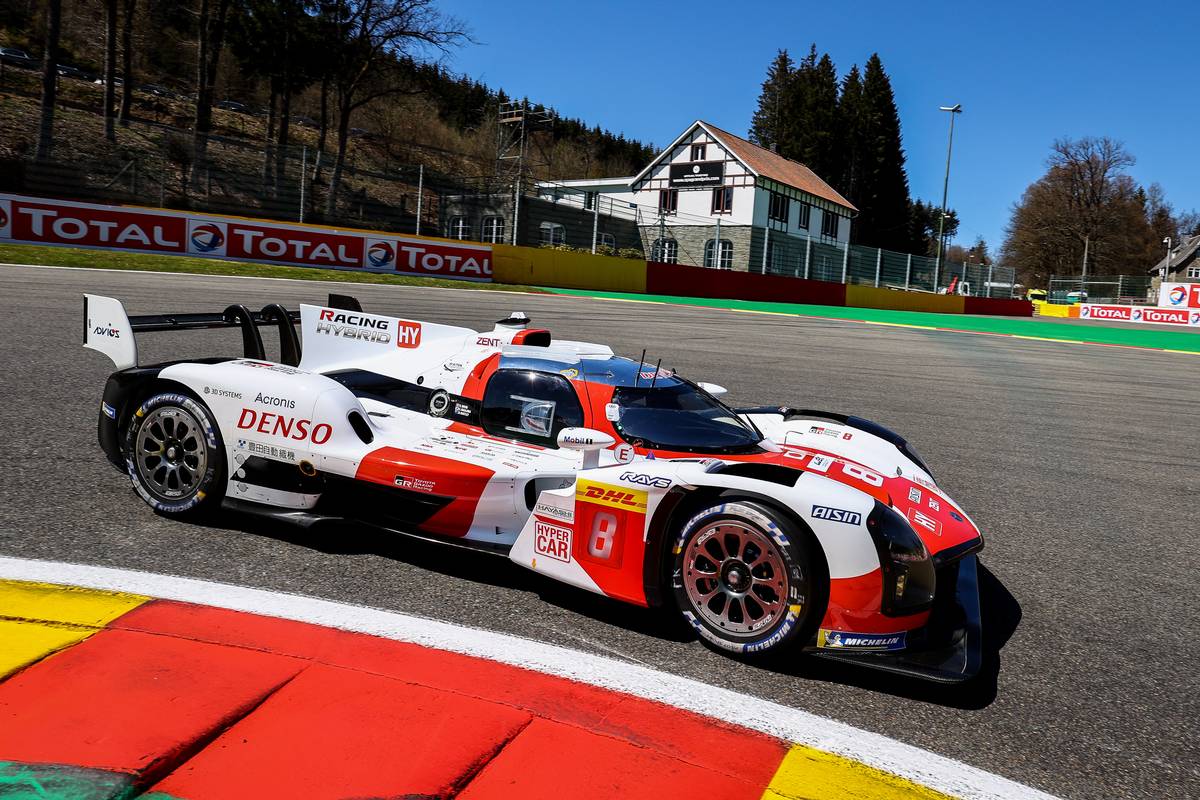 Toyota hopes to make its new GR010 Hybrid Le Mans Hypercar the worthy successor of its former winning LMP1 machine in the WEC, but the car has yet to build an edge over its LMP2 rivals.

In the capable hands of Sébastien Buemi, Toyota's new machine the final session of the WEC's two-day prologue that took place at Spa ahead of the series' kick-off in Belgium on Saturday.

But Buemi's best was still half a second slower than the fastest overall time that was set in Tuesday morning's session by Nyck de Vries at the wheel of G-Drive Racing's LMP2 Oreca P2s.

LMP2 cars were imposed by the WEC a total power reduction of 65bhp, harder tyres and an increase in minimum weigh from 930 to 950kg in order to balance the performance between the Hypercar and LMP2 categories.

But Toyota technical director Pascal Vasselon wants the balance reviewed in light of this week's relative performances between the two categories.

"It clearly was not the target to have LMP2 running faster than the Hypercar category," explained Vasselon. "I am trying to put forward that there was a clear will to correct that; it is just that the correction has to be reviewed."

A historic day for F1 and Lella Lombardi