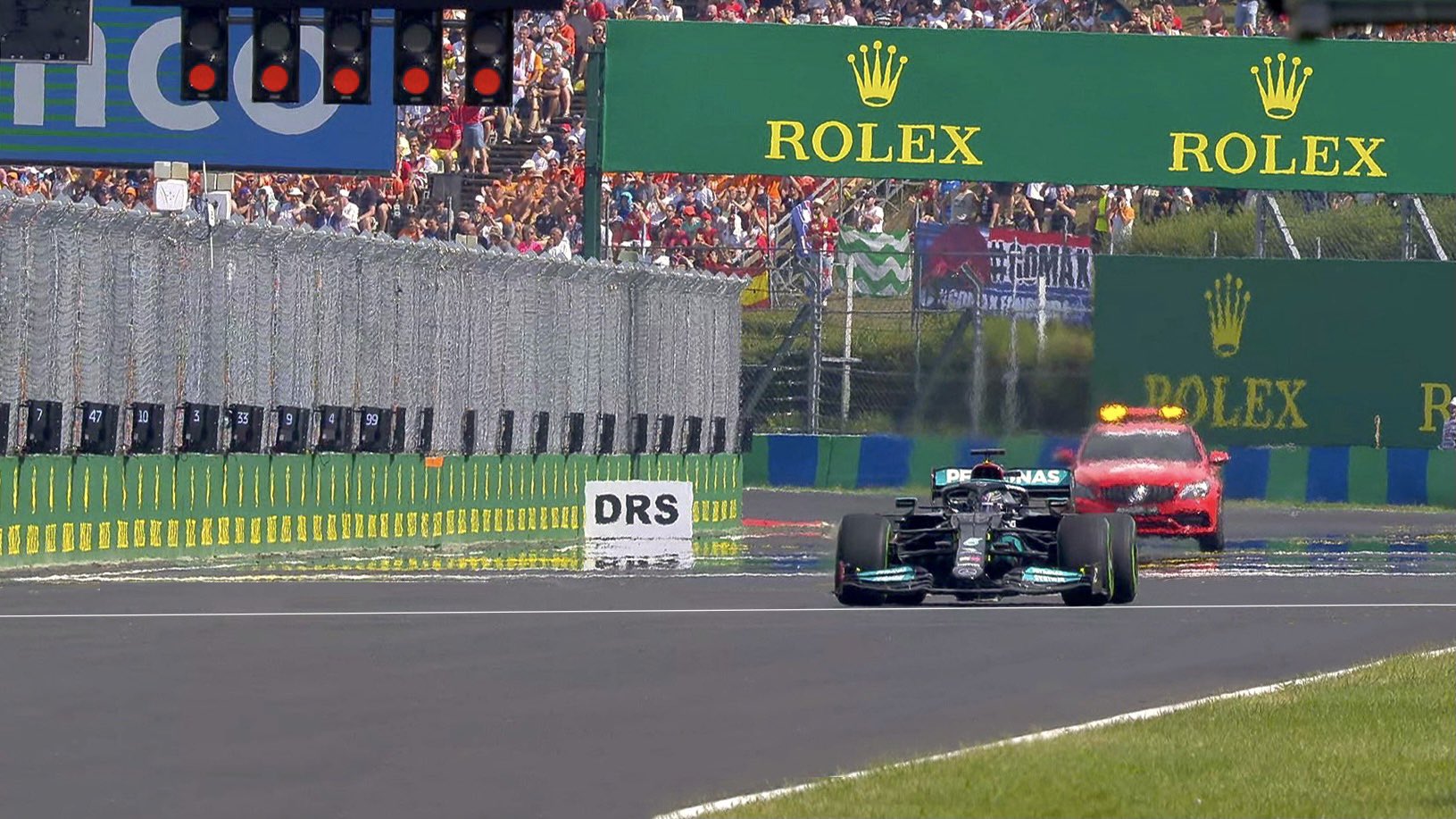 The image of Lewis Hamilton ready to blast off on his own on the Hungarian Grand Prix grid on Sunday embodied more than just a peculiar set of circumstances.

Hamilton owed his solitary second standing start to all his rivals heading into the pits at the end of the formation lap to change from intermediates to dry tyres.

After the first lap, Hamilton followed suit and bolted on a set of slicks but the tardy decision may have cost him the win.

But the view of the Mercedes driver alone on the grid was perhaps the perfect metaphor to depict the seven-time world champion and Mercedes' years of dominance in the sport.

An emperor sits alone on his throne...